The latest edition of the eKartingNews.com Driver Rankings shows very little change among the top drivers, but sets up for what could be some major changes in the coming months. All of the top-nine pilots remain in the same positions with no change to their point totals after a limited number of regional events took place since the last release of the standings on May 23. California driver Billy Musgrave remains the top driver, with eyes on strong results in the future to maintain that number one position.

Musgrave (MRC/Tony Kart) continues to lead the California ProKart Challenge with two wins, losing Round Four to veteran Ron White on his home turf in Sonoma. The SpringNationals were not the results the 2012 SuperNationals S2 winner had hoped for, posting an eighth and 12th place result in the main events and finds himself 12th in the championship chase. Two-time Pro Tour champion Fritz Leesmann (Aluminos) remains as the lead challenger in the standings. The NorCal driver was impressive in his Pro Tour debut on the Aluminos chassis, nearly driving to podium finishes both days.

Standing third as of this month is Utah driver Mike Beeny (MSquared Karting/Tony Kart). A solid weekend at last year’s SummerNationals as well as a strong season at the Utah Karting Championship has kept him near the top of the order. Beeny is planning on returning to the SummerNationals and the SuperNationals to close out the 2014 season, which could see the the recently married driver remain in the top-10. Looking to take over that spot is a pair of Christian’s. Christian Schureman (PSL Karting/CRG) and Christian Bird sit fourth and fifth, egger to advance their ranking. Neither performed their best at the SpringNationals, despite Schureman earning two podium results at the Texas ProKart Challenge the weekend prior. The S1 rookie however will need to match some good results with his S2 SummerNationals performance removed at the end of July. Bird, another Colorado native who calls Arizona home, has found a new home with the CRG West program working as a driver coach and S1 driver.

Arizona native Augie Lerch (Pure Karting/Tony Kart) is sixth in the order, looking to continue progression in his rookie S1 season. CRG-USA’s Sabré Cook is seventh, showing speed as a sophomore S1 driver at the SpringNationals, just running out of good luck. Fellow CRG-USA driver Jimmy McNeil (CRG) is running a limited schedule in 2014, and has flurted with the idea of returning back to the S4 category where he won the Pro Tour in 2011. Utah driver Tyler Bennett (MSquared Karting/Tony Kart) and S1 rookie Ryan Kinnear (Leading Edge Motorsports/Intrepid) make up the top-10 with the removal of the ‘Flyin Hawaiian’ Alec Gumpfer (CRG-USA) down to 12th. 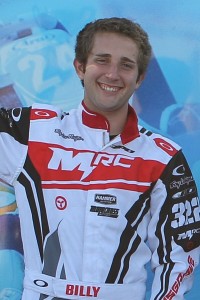 Musgrave continues to hold the top spot in the EKN Driver Rankings, but is soon to come under some challenge. The best result from this year’s SpringNationals was an eighth place finish. When the SummerNationals come along, he will need to match is two top-six results – including a runner-up finish if he hopes to remain as the top driver in Stock Moto. Musgrave, the 2013 California ProKart Challenge has two wins in the four races this season after winning the first five rounds a year ago. In just his second season in the S1 category, Musgrave will continue to improve his talent moving forward. 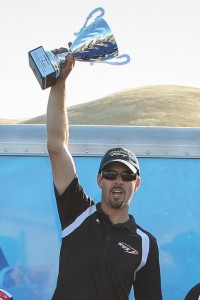 Now recording his sixth race in the last 12 months, veteran Ron White is making a bid toward the top-10 in the EKN Driver Standings. The 36-year old was winning races and championships before many of his fellow S1 competitors were lapping the track in kid karts. The 2002 SKI Driver of the Year, Rock Island King of the Streets winner, Stars of Tomorrow champion, and SKUSA SuperNationals SuperPro victor has always stepped in and been competitive no matter the track over the past decade. Possible his biggest victory came at the 2004 CIK-FIA European Championships as White won the ICC category in Sarno, Italy – racing for the CRG factory alongside current S4 driver Darren Elliott. There is no doubt White will be among the contenders at the upcoming SummerNationals in Modesto.