GoRotax.com Driver of the Month Presented by eKartingNews.com – May 2014 – Lincoln Steel

Utah driver among the top contenders at the MSquared Racing program 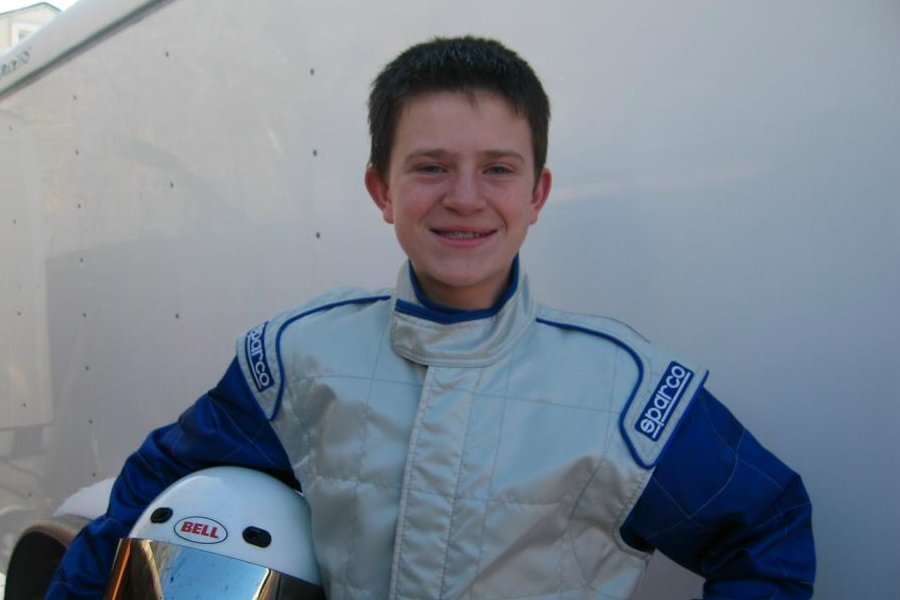 The United States Rotax Max Challenge has over 20 programs throughout the country at some of the sport finest facilities. Among them is the MSquared Racing Rotax Challenge at the Miller Motorsports Park. The Tooele, Utah is scheduled to host the 2014 United States Rotax Max Challenge Grand Nationals this July, the second time in four years. The USRMC program hosted two events during the month of May, with the Senior Max division welcoming big numbers on both weekends. Lincoln Steel was among the top drivers at both events, as the 16 year old enters his second season as a Senior-level driver.

Steel began racing Rotax in 2011 as a Junior Max driver at the Utah facility, and finished a respectable 17th at his first US Grand Nationals. After a solid two seasons in the Junior ranks, he moved up to the Senior Max division for 2013. Steel drove to eight wins in 12 races, including a podium finish in all main events – at the MSquared program to earn the series championship. The Tony Kart driver is looking to defend his crown this year, with four races already completed on the year through June. The May events took place on May 10 on the StarTrek circuit and May 24 around the Nemesis layout.

Nineteen drivers lined up for the Rotax Senior division at the second round of the Utah Karting Championship series. Lincoln set the fast lap in the eight minute session, posting a 1:00.594-second lap to edge out McKay Snow by 74 thousandths of a second. He led the opening circuits of the 10-lap Prefinal and was engaged in a three-driver fight for the win. Steel ended up third behind Snow and Andy Nish, setting up for an inside row two starting spot for the main event. He jumped into the second spot early, and led for one lap before settling into the second spot for the remainder of the 15-lap event.

The second event in May saw 12 drivers take part on the day, with Steel able to earn victory. It took five laps for Steel to claim the top spot in qualifying, posting the fast lap of 1:00.427 to claim the pole position for the heat race by just 72 thousandths over Marina Yardley. Steel led all 10 laps of the Prefinal, keeping Yardley at bay. He followed it up with consistent lap times during the 15-lap Final to lead every circuit and win by a nine-second margin of victory.

Steel will be among the drivers at this weekend’s Rotax Summer Shootout – the official warm-up event for the Cold Stone US Grand Nationals. The July 17-20 event at the Miller Motorsports Park facility will see the best Rotaxian drivers from around the country compete for the national championships in seven categories. Watch for Steel to be among the top drivers at both events.

GoRotax.com Driver of the Month presented by eKartingNews.com
May 2014 – Lincoln Steel 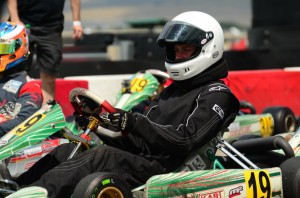 Chassis: 2011 Tony Kart EVRR
Engine Service Center: MSquared Racing
Sponsors: KC Restoration
United States Rotax Max Challenge Home Series: MSquared Racing
Years Karting: 8 years
How did you get started in karting? Had friends that raced.  Got an Invader cadet chassis with a Honda GX200 4 cycle motor on it.  Started racing in March and have been racing since.
What has been the high point in your racing career? Participating in the 2011 Rotax Grand Nationals.
What are your goals in racing? Continue to be competitive and kart as long as I can.
In a few words, how would you describe your driving style? Relaxed, Smooth, and Precise.
2013 Accomplishments: Won the Utah Kart Championship in the Senior Rotax class.  Won 8 out of 12 races

What do you do when not at the track? Hang with friends and go to school.
What are your goals outside of karting? Become a mechanical engineer.
What type of street car would you like to drive? Dodge Challenger SRT8
What are your pet peeves or things that irritate you? Arrogant people
What is your favorite aspect about racing in the Rotax Max Challenge program? That it is very competitive and close racing between everyone.