Near record crowd enjoys another weekend with growing program 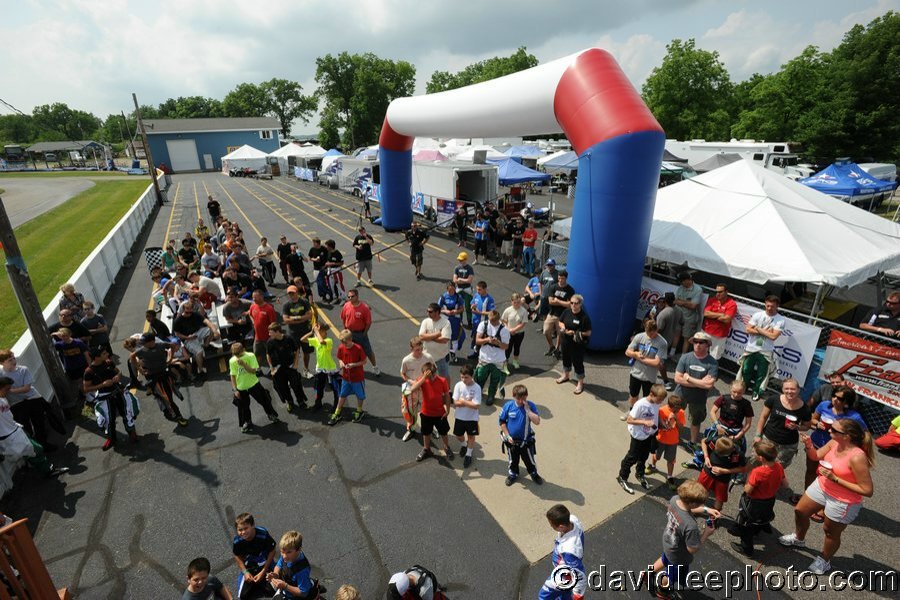 This past weekend was the second stop of the United States Pro Kart Series, held at the historic Michiana Raceway Park. Over 160 entries both days in the eight categories put on a show at the North Liberty, Indiana facility. Weather was a factor throughout the three days, with rain hitting Friday morning to cause some slick laps in the morning as the weather held off the remainder of the day. Saturday was overcast throughout the day, with the rain holding off until overnight. Sunday was dry all day, but the humidity was high over the three days, pushing the endurance of all the drivers on the weekend. 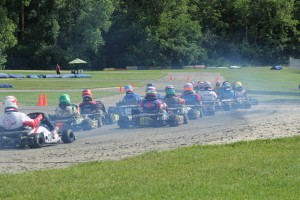 Leopard Pro did some growing up this weekend at MRP

Respect
That was the word used to begin the Leopard Pro drivers meeting Sunday morning called by series promoter Mark Coats. Saturday’s racing action saw a lot of contact throughout the heat races and the main event. The Mooresville weekend seemed to be great racing with bold moves that were not deemed to be erratic or uncalled for. The tight confines of the MRP circuit however seemed to turn a switch in the minds of some of the drivers. Sunday’s three races went much better, with drivers understanding the concept of giving up the corner when someone is inside, rather than driving into each other.

One thing to remember with the Leopard Pro, many are rookies or racing with one to two years experience. If you compare it to Superkarts! USA Stock Moto racing, it is like combining the S1 Pro and S2 Semi-Pro drivers together. Some of these younger drivers may have the speed, but don’t quite have the race craft as some of the older or experienced drivers in the category.

During the meeting, a few drivers pointed fingers and even dad’s stepped up to talk. That was unusual and what I thought it was unneeded. First off, drivers need to man up and talk to each other if they have a problem. I’m not saying throw down the gloves and box, but if you have a problem, TALK to them in the scale line or in the paddock. Don’t go crying to the race officials looking for a penalty. To race in the Pro category, a driver needs to step up for his mistakes or defend his actions. There are plenty of drivers under the age of 18 racing in sports cars, open wheel and stock cars, who don’t have their parents defending them. If it’s you doing the talking, I’m sure you will gain a little more respect from your fellow drivers. 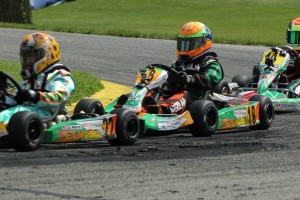 Laying Down the Law
One thing that is common with karting all over the country and around the world, officials are human. Their job is to be the judge and jury of the fastest sport in the world, where split-second incidents happen and they must decipher the cause and affect. The USPKS works with three to four officials watching the track, adding one more for the 2014 to help with the large number of entries that were expected. This weekend, they made sure that drivers who pushed the limits were called out and penalized for their mistakes. Some of the calls were spot on, some were questionable, and a few could have been let go. Still, race directors and officials are doing a job not many in the industry would trade for, but they do it for the love of the sport. Make sure that you commend them the next time you see them.

Grip It and Rip It
It has been a number of years that the MG Tire has touched the surface of the Michiana Raceway Park for a large event such as the USPKS. With over 160 karts each day grinding their way around the MRP circuit, a lot of rubber was laid down to give the surface the most grip drivers had seen in years. The grid level along with the humidity tested the endurance of the drivers, especially those competing in two categories. 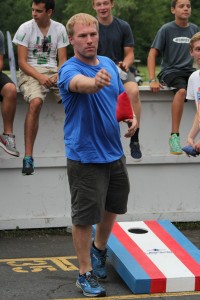 Gary Lawson, one half of the two-time Cornhole championship team

Deep Seat to the Rescue
Two drivers took advantage of the rebirth that is the Deep Seat. TJ Koyen suffered a rib injury toward the end of last season, and it continued to plague him at the opening round of the USPKS. After finishing third on Round One, he was unable to compete the following day. He switched from the standard seat to a Deep Seat, while putting in his own on-track training regiment to help rebuild the strength in his rib muscles. The training and Deep Seat worked, as he was among the quickest drivers during Saturday’s action until loosing his chain while leading the main event. He came back the following day to earn a fourth place result. Friday morning, Yamaha Pro driver Tony Jump sat in the driver’s seat for the first time since Mooresville. After just a few laps, he felt a sharp pain in his rib area. He tried to continue on, but the pain was nearly unbearable. Tim Koyen of KartLift and the new owner of Deep Seat, provided a seat to put in Jump’s KartSport North America Arrow kart. Jump drove to a third place result on Saturday, and was the quickest driver in the main event Sunday to score his first series victory.

Cornhole Champs Repeat
This weekend hosted the second annual USPKS Cornhole tournament during the Saturday barbeque hosted by the series and the track. It was moved to Saturday to avoid the possible rain that was forecasted to hit Friday evening. Sixteen teams signed up for the event, along with eight in the first ever kids tournament. Defending champions Haters Gonna Hate (John Dignan/Gary Lawson) backed up their win at the Pittsburgh International Race Complex last September, edging out Holden Racing (Paul Holden/Zach Holden). Kalish over Kalish (Beth Kalish/Jamie Sieracki) and You No Pass-a Me Yet! (Cale Wyse/Jason Birdsell) came one step away from the championship game. The Kids tournament was won by Dylan Tavella and Payton Durrant.