Morse Doubles Up as Hanssen Breaks His Drought 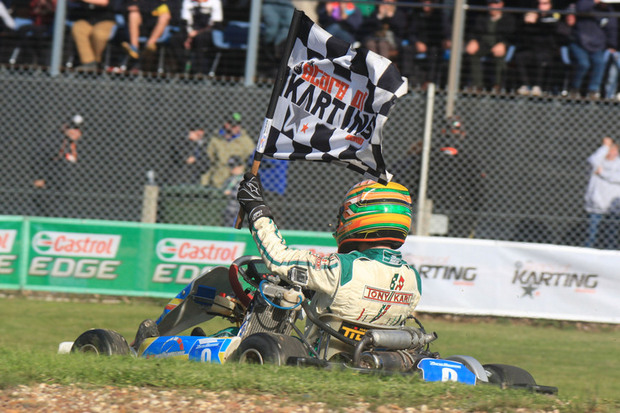 Canberra’s Zane Morse became the first driver this year to win back-to-back rounds of the CIK Stars of Karting Championship presented by Castrol EDGE on Sunday. 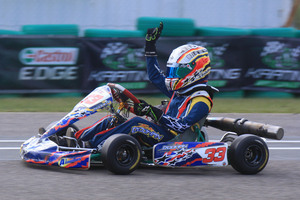 On his 15th birthday, Morse claimed the KF3 victory in Puckapunyal, Victoria as the battle for the Championship continues to heat up in Australia’s elite junior category.

The Exprit pair of Christopher Sandrone and Jayden Ojeda were once again at the point of it. Sandrone led an Exprit quinella in the first final with Zane Morse (Tony Kart) third.

In the second final, Sandrone spun early in the race through the notorious Puckapunyal bus stop chicane. This opened the race up to Ojeda and round two winner, Morse.

Morse has taken huge strides forward over recent rounds, particularly since his win at Bolivar (round two) and has the potential to bring himself into Championship contention.

He took the final two victory over Ojeda and Darwin’s Bryce Fullwood was third.

Another Canberra racer, Joshua Fife had his best CIK Stars of Karting performance by finishing fourth in the opening 25-lap stanza, but was a victim of a small technical failure which cost him a finish in the second. 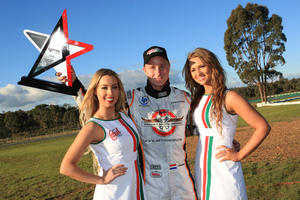 Reigning KZ2 Champion Joey Hanssen won his first round since July last year during an emphatic round three performance across the weekend.

Hanssen (CRG) who extended his Championship lead after heat racing on Saturday took two final victories today. The first one was a straightforward, workmanlike performance from Hanssen. He got to the front early and then was never headed.

The second final was never going to be so easy. With arch rival, David Sera (Deadly) making his way through to second and nemesis from last year, Chris Hays (Energy) charging through to third it was going to be a battle to remember.

With his friends and family watching the Speedcafe.com livestream in a pub in the Netherlands, Hanssen dropped back to third at one point after being upstaged by Sera off the start and then Hays rocketed past to the lead on lap 10.

Hanssen then marched forward and stalked the Gold Coast youngster, eventually getting past late in the race to take one of his most memorable victories over Hays and Sera. Matthew Wall had a season high best fourth placing.

It was a very tough race, really hard, one of the best I’ve had in Australia, said Hanssen. I knew those boys were going to run me hard, it is a difficult track in these karts, you’re doing 24 gear changes per lap so I was really suffering arm pump at the end of the race, but very happy with the result. 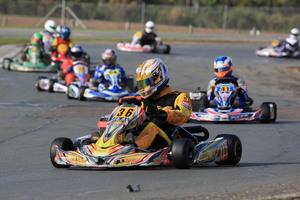 In KF2, Championship leader, Troy Loeskow (FA Kart) extended his Championship lead in dramatic circumstances after what had otherwise been a difficult weekend by taking victory in the second final. He shared the final wins with Townsville’s Joshua Smith (Kosmic), who backed up his final one win with third in the second 25-lap encounter.

Brendan Nelson continued his unbeaten streak in TaG 125 Heavy he has won all three events conducted this season. In TaG 125 Light, it was  Daniel Rochford, who annexed his Series lead with another win. Justin Ford won the Restricted 125 final.

Similarly, Jack Doohan got home in front of Joshua Smith in the Rookies the pair remaining at the top of the points standings, with young girl racer, Courtney Prince bringing her Tony Kart home third.

The penultimate round of the CIK Stars of Karting Championship will be held at Newcastle Kart Raceway in the Hunter Valley over the weekend of July 26-27.

CHAMPIONSHIP POINTS
After 3 of 5 rounds