The Superkarts! USA Rocky Mountain ProKart Challenge is ramping up for its second stop of the 2014 season. Rounds Three and Four will be contested at the SBR Motorsports Park on June 20-22. The RMPKC is coming off an exciting opening weekend of racing at the Grand Junction Motor Speedway back in May. Championship battles are on in all classes, as the six round championship series will host Rounds Three and Four in Calhan, Colorado. The turnout should be impressive – with a number of Denver area races expected to compete.

“I am very excited about the race weekend with the amount of calls from racers wanting information on the SBR event,” stated Rocky Mountain ProKart Challenge regional director Stan Bryniarski. “We confirmed today that a number of projects around the facility, including new curbing, have been completed in time for our racers to enjoy a new look at SBR Motorsports Park. We are thrilled to have this facility as part of the Rocky Mountain PKC program. This edition of the RMPKC promises to offer a totally new dimension to the series.” 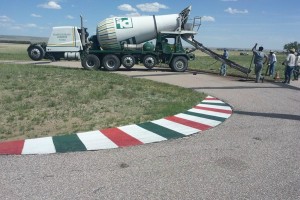 The SBR Motorsports Park is a 12-turn, half-mile track constructed on the wide-open plains east of Colorado Springs. Better known to racers as CRE Motorsports, the track was built in the 1990’s, owned and operated for most of its existence by George Durdin. In the summer of 2012, longtime Colorado racer Lee Seigel purchased the facility and established the new name of SBR Motorsports Park. Since the acquisition, Seigel has gone to work cleaning up and renovating one of the state’s eldest karting tracks. RMPKC director Bryniarski visited the track last month; he was happy to see how Seigel and his staff had rejuvenated the facility, and how it will offer up some exciting racing when the Rocky Mountain PKC program visits.

The Rocky Mountain ProKart Challenge is coming off of an exciting weekend of racing in Grand Junction last month to open up the season. One of the closest championship battles heading to SBR is in the S2 Semi-Pro Stock Moto category. Tase Flores leads the standings, winning Sunday’s main event – with Round One winner Lindsay Brewer sitting third behind Myles Marolt. Ryan Rudolph and JP Alonso were in the hunt all weekend as well, and should make things interesting for SBR.

Along with the Stock Moto and TaG classes, Bryniarski expects to see a strong turnout in the Briggs LO206 class. The Denver area has seen strong numbers in the Briggs class so far in 2014, and many are expected to make their Rocky Mountain PKC debut at SBR.

The weekend will begin with scheduled practice on Friday, allowing seasoned drivers to familiarize themselves with the refreshed feel of the track, while giving newcomers to the sport or to the Rocky Mountain PKC an opportunity to learn the fastest way around SBR. Saturday and Sunday will host the third and fourth rounds of the six-race season. Two rounds of morning practice will be followed by a qualifying session, then two heat races and each day’s main event.

The pre-registration deadline for the Rocky Mountain PKC event at SBR is set for midnight (Mountain Standard Time) on Monday, June 16 with competitors able to take advantage of the early registration discount, available at the SKUSA Rocky Mountain Store. For more event details – like Friday’s practice day and the full weekend’s schedule – be sure to visit the Rocky Mountain PKC section of the Superkarts! USA website for all of the event details and to sign up. You can also follow them on Facebook.