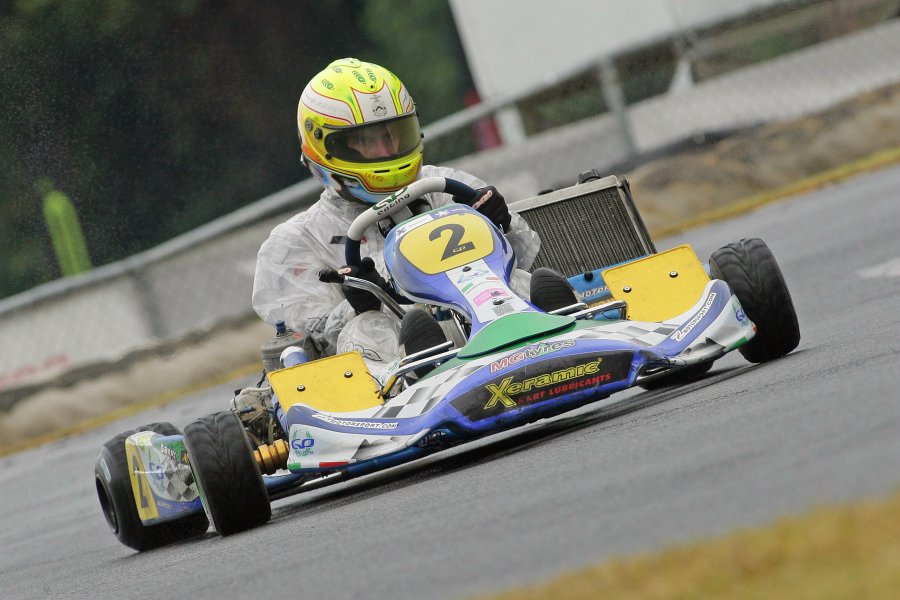 Steady rain on Sunday helped mix things up in all three classes at the fourth round of this year’s Pro Kart Series at the KartSport Bay of Plenty club’s Fagan’s Valley Raceway near Te Puke.

“It was certainly a weekend of two halves,” said series promoter Steve Brown. “Saturday was dry but Sunday was wet all day and that, obviously, had a bearing on some of the results.” 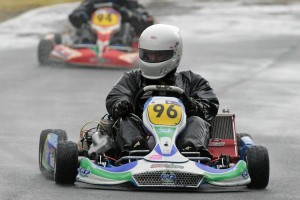 Smyth was quick, but gambled on running older wet tyres in the hope that the track would dry. It didn’t and Bray took the third heat, the Pre-Final and the Final to make it four round wins from four starts.

Behind Bray, Smyth led home Jaxon Evans and long-time class supporter Jason Farmilo in the Final, and finished second in the round standings ahead of Gold Coast resident Evans, top South Island driver Chris Cox and another of the class’s ‘young guns,’ Jordan Morris from Auckland.

Also impressing in the difficult conditions over the weekend was another young Auckland driver, Luke Dobbs, who qualified third and claimed two third placings in the heats.

The second of the series-long class points leaders, Aucklander Garry Cullum, retained his spot at the top in the new KZ2 Restricted class but this time he came under intense pressure from class newcomers Jared McKenzie and Mark Elder.

McKenzie, using the new Restricted class as a stepping stone before stepping up to the main KZ2 class next season, qualified quickest and won all three heats plus the Pre-Final, only to spin out on a slick track in the Final leaving Cullum to win that race and take overall class victory for the weekend.

Elder, meanwhile, settled in between Cullum and Gerhard Benadie in the heats then stepped up in McKenzie’s absence to take second in the Final with one of the other new faces in the class, Cameron Dance, third.

The other class pace-setter and long-time points leader, Tom Curran from the Hawke’s Bay, didn’t have it all his own way in KZ2 Masters either, series promoter Steve Brown returning to the Masters ranks after helping to establish the KZ2 Restricted class, claiming pole from Mark Wheeler and Mark Lane before winning the first heat from Lane, Wheeler and Curran.

Curran was back in front in the second heat but Leo Bult won the reverse grid third.

The weekend’s Pro Kart Series round was the fourth of six with a mid-winter break of just over two months now until the fifth round in Hawke’s Bay in mid-August. 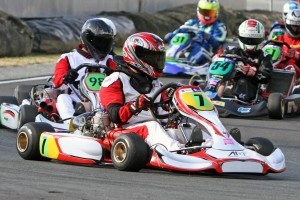