New Round of European CIK-FIA Championship in Spain 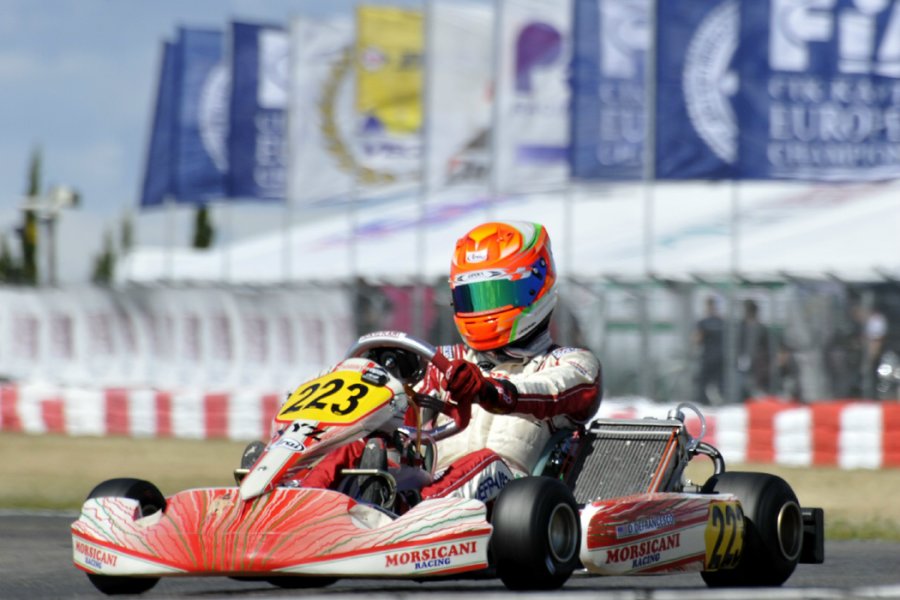 The great show of karting has taken centre stage thanks to the second round of the 2014 European CIK-FIA Championship. Spain hosts the race at the weekend which has just begun: three weeks ago, the venue of the  season opener was in Italy. The event is taking place on the circuit of Zuera, a wide track which stretches for 1,700 metres; all the 114 international top drivers are participating in the race, ready to give the chase to the KF and KFJ titles. The current standings determined by the results of the the first appointment in Muro Leccese (Lecce – Italy), are going to find either a confirmation of the strength of the drivers or are going to be radically changed on the circuit set in Aragon, where qualifying took place today.  Today’s results were the final act of the first phase of the race: tomorrow, it will be time for the heats which will occupy the whole day. The main goal, for the time being, is getting the best results possible in the intermediate standings of the two categories. Tomorrow evening, after the qualifying heats, the first points of the weekend will be awarded to the top ten drivers. Then, on Sunday afternoon, the qualified drivers will participate in the Finals and we will know the names of the round winners.

Callum Ilott is always the leader in KF
Callum Ilott (Zanardi-Parilla-Dunlop) is still at the top in KF. He arrived in Zuera as the leader of the Championship and here he clinched the pole position thanks to his 1’01”247. The Londoner finished ahead of his opponents, starting with the Danish Nicklas Nielsen (Kosmic-Vortex-Dunlop), second and 63 milliseconds slower. Third the Polish Karol Basz (Tony Kart-Vortex-Dunlop), 0”074 behind, ahead of the English Lando Norris (FA Kart-Vortex-Dunlop), fourth and 151 milliseconds behind. Two World Champions are participating in the KF: the British Tom Joyner (Zanardi-Parilla-Dunlop), the category title holder, and the Italian Alessio Lorandi (Tony Kart-TM-Dunlop), the reigning champion in KFJ: they will have to start from the back rows, because of their 8th and 12th qualifying time.

The European Championship on video
The usual media coverage also in Zuera: on Sunday 1st June the live streaming of the final phase, starting from the drivers’ parade. On Rai Sport 2, on Tuesday 3rd June, the delayed broadcast of the Finals at 06.05pm. On Friday 16th June the usual special report with the recap of the whole weekend.