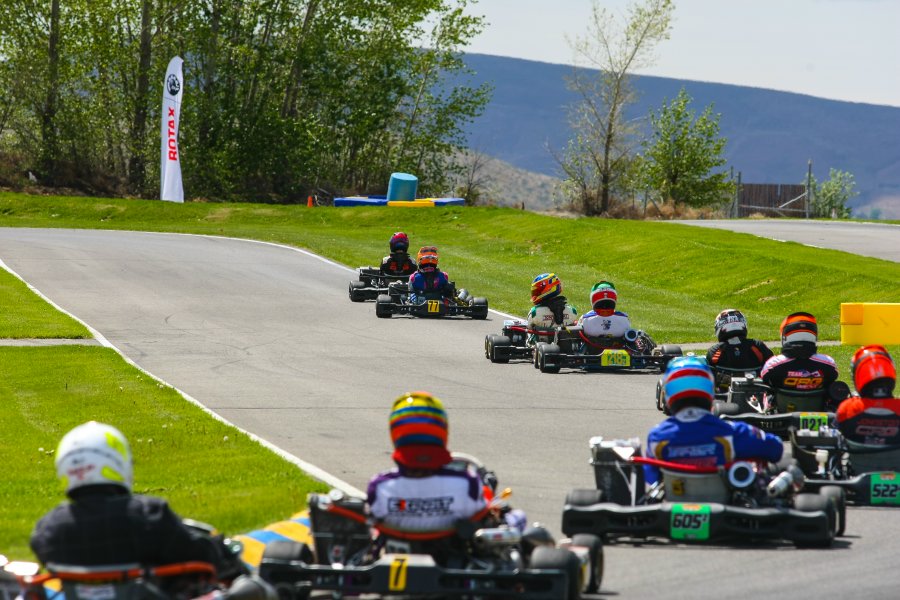 Rotax Can-Am ProKart Challenge shift back into to action at the McMinnville Kart Track on May 30-June 1 (Photo: SeanBuur.com)

The 2014 season of the Rotax Can-Am ProKart Challenge is set for a return to the track as the second stop takes teams and racers to the McMinnville Kart Track in northwestern Oregon. The Superkarts! USA and Rotax Max Challenge regional program opened up the season at the Horn Rapids Kart Track in Richland, Washington at the end of April, and now readies for Rounds Three and Four at the McMinnville, Oregon facility on May 30-June 1. The ‘Mac’ track has groomed many of the top Northwest karting stars of the past and present, with the challenging course to provide a unique test toward the final run at the championships. 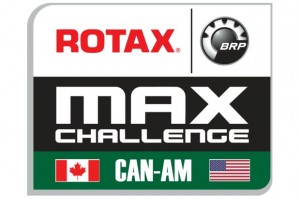 The opening weekend at the Horn Rapids Kart Track provided the Superkarts! USA Can-Am ProKart Challenge shifterkart drivers the opportunity to warm-up for the season, as the championship chase begins at the series second stop next weekend in McMinnville. Among those getting started included double winners Austin Versteeg, Ben Johnston and Kory Estell. Versteeg recorded four victories in total on the weekend, matching his Rotax wins with S5 Junior Stock Moto triumphs. Johnston, another double-duty driver, claimed the feature race wins in the S4 Master Stock Moto category. S4 is expected to see double digits throughout the season at the Can-Am ProKart Challenge. A solid number of drivers took part in the S2 Semi-Pro Stock Moto division as well, with Estell sweeping the weekend in Richland.

Added for 2014, the LO206 divisions will be gaining more numbers as the season moves along. The RLV LO206 Junior class welcomed five racers, as Jacob Gulick swept the main event victories. Bryan Green was perfect in the Inferno Kart Racing Clutches LO206 Masters division, ahead of Eric Hubele.

The first weekend featured some great racing in the Can-Am Rotax Max Challenge categories, with the four premiere divisions beginning the journey toward championship glory and 2014 Rotax Grand Finals tickets. The stage is set for another exciting championship chase in the competitive Black Flag Racing Senior Max division. Senior rookie and 2013 Junior Max champion Luke Selliken began his quest for another Team USA membership and ticket to the Rotax Grand Finals with two wins in Richland. Just 32 points separate him and Canadian driver Bryce Choquer. Selliken was unable to claim the wins in the Prefinals, as Choquer and 2010 US Rotax Grand Nationals champion Stepanova Nekeel did so. The young driver however reached the checkered flag first in both main events. Nekeel and defending champion Jake Craig from California enter the second event of the season within 50 points of the chase leader.

It was an outstanding performance put in by Utah driver Austin Versteeg as the already 2014 Team USA member swept the opening rounds in the Wicked Fabrication Junior Max category. His championship lead is already at 51 points with Junior rookie Sting Ray Robb and Kyle Wick locked up in the second position. The McMinnville event will be a key turning point in the championship race. John Buzza looks to add to his win total in the DD2 category after running uncontested in Richland. The ticket to the Rotax Grand Finals is currently in his reach, depending on the events of Round Three and Four. Defending DD2 Masters champion Derek Wang will continue his battle with Ben Johnston. Wang was the victor in the opening rounds, sweeping both days to earn maximum points toward the championship.

Edward Portz is in the driver’s seat for the Monster X Tour Mini Max standings. A win in Round One matched with runner-up the next day puts him 35 points ahead in the championship chase in front of Conner Wick. Round Two winner Jacob Blue Hudson is looking to recover from a disqualification on the opening day, as he will be among the front runners in McMinnville. Josh Pierson nearly made it a weekend sweep in the GoKart Hero Micro Max division. The two-time feature winner has a 39 point advantage over Jonathon Portz with defending series champion Max Wright holding the third position in the standings. Chad Wallace has a perfect score going in the Rolison Performance Group Masters Max category, looking to continue that streak next weekend.

Can-Am series will be hosting a barbeque dinner Saturday evening at McMinnville, similar to what they did during the Horn Rapids Kart Track event last month. All information regarding entry to the McMinnville event can be found at the online registration page. Hotel and other event specifics are listed on the Can-Am Event Page. Visit rotaxcanamprokartchallenge.com and be sure to follow the series on Facebook as the 2014 Rotax Can-Am ProKart Challenge continues.