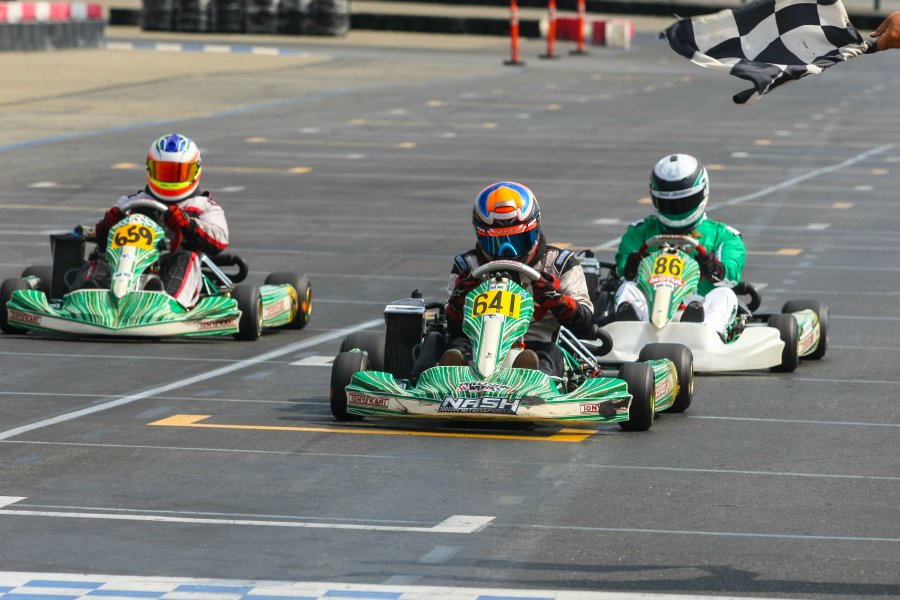 The second event of the new So-Cal Rotax Challenge took place on May 10 at the CalSpeed Karting Center in Fontana, California. Additional drivers from the inaugural event back in March were part of the round two festivities for the new United States Rotax Max Challenge program, focused on rejuvenating the southern California Rotax presence. Series promoter Andy Seesemann welcomed over 50 drivers to the facility, competing on the ‘Nuovo’ layout.

Drivers took part in a ‘pea-pick’ when they registered, which would line them up for Heat #1. The order was reversed for Heat #2 with the point total from the heat races deciding the main event grid. It provided for some exciting racing, including the Masters Max and Senior Max divisions where Larry Hayashigawa and Matt Johnson secured victories on last lap passes.

Twenty drivers filled out the PSL SoCal Masters Max division to hold the most entries of the event while providing the most excitement on the day. The opening heat race was dominated by Brian Phillipsen, who made his first So-Cal Rotax start after missing Round One. Phillipsen led all 10 laps, pulling out to a near 10-second margin of victory over Jacob Zamora who drove his way up to the runner-up position. With the order reversed, it allowed Erik Jackson to drive to the checkered flag first. The provisional race winner was removed from the results for exceeding the rear width rule, thus promoting Michael Middleton to the win and placing Peter Mokran second. With his heat win, Phillipsen was near the front of the grid for the main event, and slotted himself into the lead on lap three, demoting polesitter Middleton, while Larry Hayashigawa advanced up to second. Phillipsen and Hayashigawa ran 1-2 for much of the race until a charging Jackson ran down the leaders after starting outside the top-10. Jackson was into second by lap 16 and began fighting for the lead. On the final lap, he made an aggressive move at the final corner for the position. The two drifted wide and Hayashigawa slipped past both, reaching the checkered flag first for the victory. Jackson crossed the line second with Phillipsen third, however was handed a five-second penalty for contact with Zamora earlier in the race. That put Middleton on the podium and Phillipsen to fourth just ahead of Michael Boyer in the order. Jackson did earn victory in the K1 Race Gear DD2 Masters category, running uncontested. 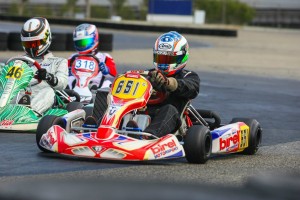 The Tru Tech Senior Max class brought its own dramatic conclusion at the end of the day with veteran Matt Johnson edging out Round One winner Jake Craig. Starting on the front row, Craig took advantage of the pea-pick to lead all 10 laps of the opening heat race over Senior rookie Nathan Seegrist. Johnson did the same in Heat #2, starting on the pole position and going on to the win. Craig came from the back to the front, placing second to earn inside front row grid position for the main event. The race came down to Craig and Johnson after Eric Molinatti put some early pressure on the polesitter. Craig led nearly the entire 20-lap race, until Johnson pulled the trigger on the last lap with a final corner maneuver. Johnson outran Craig to the checkered flag for victory in his series debut. Molinatti ran to the third step of the podium while Seegrist and Cricca completed the top-five.

Round One race winner Christian Brooks swept the action once again in the Nash Motorsportz Junior Max class. Brooks started up front in Heat #1, driving away to a seven-second win. He matched that win with another one in Heat #2, this time by just six seconds. Brooks led all 20 laps in the main event for his second straight win in the series. Nicky Hays crossed the line second, but was penalized one position for contact with Jonathan Shone, who was promoted to second. Hays ended up third with Arie Zimmermann placing fourth. 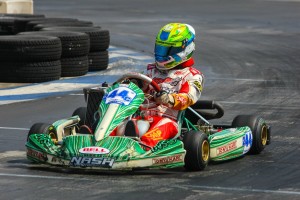 The Ryan Perry Motorsports Mini Max division was decided by a penalty, giving the win to Tyler Cole. Zoey Edenholm was the top driver through the heat races, but was challenged by Dante Yu in the main event. The two shuffled for the lead until lap 10 when contact was made. Edenholm continued on with the lead as Yu dropped to third behind Cole. They would cross the line that way with Edenholm taking the provisional win. A penalty for the contact demoted Zoey to third in the order, advancing Cole to the top step of the podium in his series debut. Yu was placed second with Edenholm down to third.

Cole Keith Cotham earned his second straight series win in the 2 Wild Karting Micro Max category. Arizona driver Diego LaRoque scored the win in Heat #1 after he and Cotham went back and forth. At the line, it was LaRoque by just 57 thousandths of a second. Heat #2 was all Diego, leading the 10 laps with Cotham climbing up to second starting further back. LaRoque paced the field for the first three laps of the main event until Cotham took over. The Round One winner then drove away to a two-second victory over LaRoque. Ethan Ho stood on the third step of the podium with Jalen Mack fourth and Cameron Easton fifth. 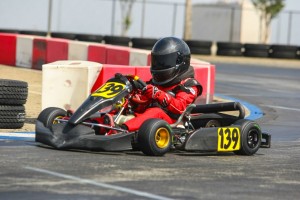 The local option Mack Motorsports Honda Kid Kart division joined the So-Cal Rotax Challenge program once again with seven drivers taking part. The day belonged to Carson Morgan as he swept the action in his series debut. Morgan edged out Round One winner Cooper Hicks for the win in Heat #1 before driving away to a three-second advantage in Heat #2. The young driver completed the sweep, leading all 14 laps of the main event to a 2.697-second margin of victory. Hicks ended up second with Dane Idelson completing the podium. Zang O’Shaughnessy and Skyler Geczi ended up fourth and fifth.

The new series returns to action in a month as the So-Cal Rotax Challenge will host its first double-round weekend event. On June 14-15, the series travels to the Willow Springs International Raceway to contest rounds three and four of the eight-race championship chase. The format is similar to that found at the Rotax Challenge of the Americas, with a separate round of racing each day. For all information regarding the So-Cal Rotax Challenge, be sure to bookmark the RotaxChallenge.com website and view additional photos from Round Two on Facebook.