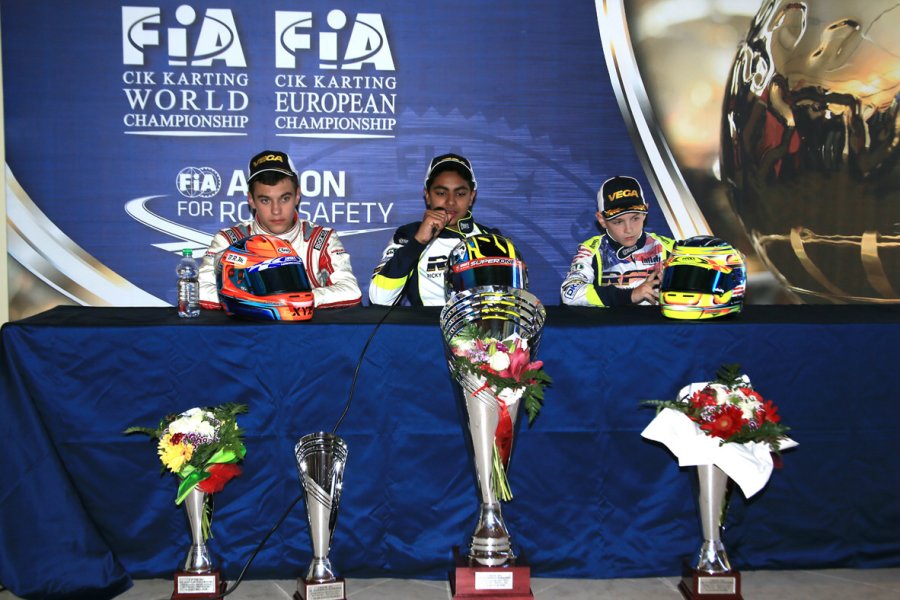 The season opener of the European CIK-FIA KF and KFJ Championship launched its first two pretenders in the first round of Muro Leccese (Lecce – Italy). The English Callum Ilott (Zanardi-Parilla-Dunlop) and Enaam Ahmed (FA Kart-Vortex-Vega), winners in their categories KF and KFJ, are the current leaders of the Championship which, in the Italian round on the International Circuit La Conca, has started its European 2014 tour. The next rounds are scheduled in Spain, Belgium, Sweden and United Kingdom. The season opener was a success thanks to its 134 entrants coming from four continents and from 31 different countries. All the races were uncertain until the end: the winners had to fight hard and this makes their result even more valuable. They already know that in the next round they will have to cope with even fiercer competitors. After La Conca, the next appointment is in Zuera in three weeks. It means that drivers and team will have to deal with a summerlike weather after the warm temperature of this southern Italian weekend.

Ilott wins the first duel in KF
The two English drivers Callum Ilott and Lando Norris (FA Kart-Vortex) were side by side in the Prefinal. Norris was the pole-sitter but he lost several positions at the start. He finally managed to close the gap with Ilott and the starting grid of the Final saw the two drivers in the front row again, this time with inverted positions. At the start of the Final, Norris got involved in the tussle and lost ground. On the other hand, Ilott managed to gain the leadership ahead of the unstoppable Swedish Niko Kari (Tony Kart-Vortex-Dunlop). The latter achieved an overwhelming recovery which brought him to second position after starting from the eighth row of the Prefinal. Norris, too, recovered several positions and finished third, behind Kari. So, Ilott was the winner with Kari and Norris on the two remaining steps of the podium. Also Felice Tiene (CRG-TM-Dunlop) was among the protagonists of the Final: he placed fourth after recovering more than twenty positions. He started from the 13th row because he was involved in a crash at the start of the Prefinal. The Spanish Pedro Hiltbrand (CRG-TM-Dunlop) and the Dutch Martijn van Leeuwen (Zanardi-Parilla-Dunlop) placed fifth and sixth, after duelling with Norris during the central phase of the race. The leader of the current standing is Ilott with 34 points, followed by Norris with 26 and Kari with 20. 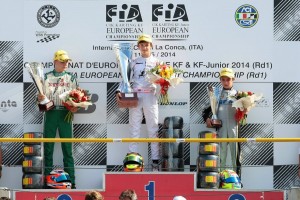 The timetable on TV
On Rai Sport 2, on Wednesday 14th May at 06:05pm, the appointment is with the delayed broadcast of the Finals. On Friday 16th the special report with the recap of the whole weekend from La Conca.