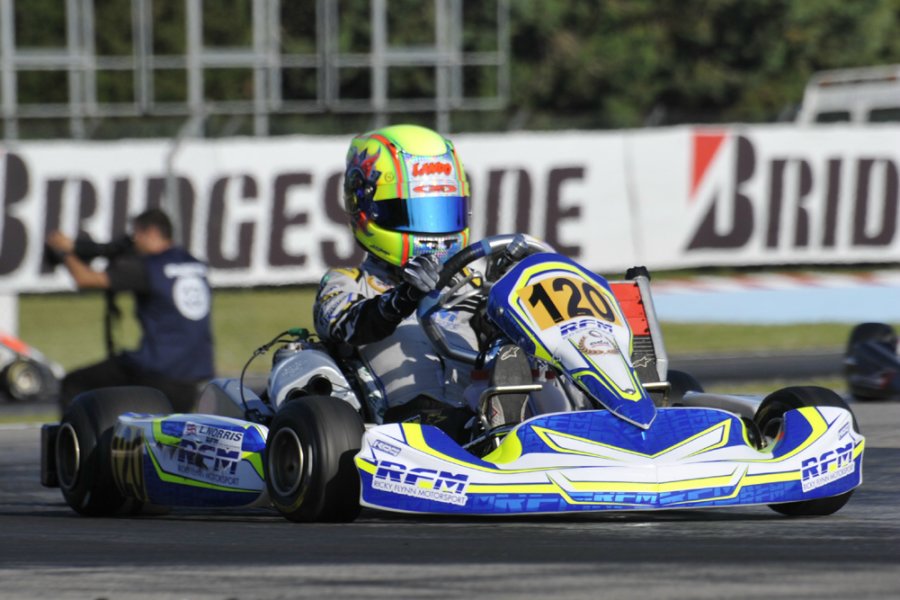 The weekend of the European kart racing started today on the International Circuit La Conca. The Italian track hosts the first event of the CIK-FIA season promoted by WSK Promotion who will cross Europe until the end of August. Today, on schedule, the European Championship for the KF and KF Junior categories in its first round out of five in 2014. 134 drivers arrived in Muro Leccese to take part in the competition: they come from 31 different countries, from the Americas, Africa, Asia and Europe. The thirteen-year-old drivers are eager to achieve an important international result, but it is not going to be a piece of cake: after today’s qualifying, there are 20 heats on schedule tomorrow. The starting grids of the qualifying heats were established today by the qualifying session. On Sunday, the Finals and the Pre-finals will tell us the names of the winners of the first round: a tight schedule which will receive a worldwide media coverage thanks to the live streaming on the websites www.cikfia.tv and www.cikfiachampionship.com.

Lando Norris is the first leader in KF
Lando Norris (FA Kart-Vortex-Dunlop) set the fastest time in qualifying. He stopped the clock at 46”324, 498 milliseconds faster than the Spanish Pedro Hiltbrand (CRG-TM-Dunlop). That’s a good start for Norris, the winner of last year’s edition of the European KF Junior Championship. In the aggregate standings of the two sessions run today, the third place is occupied by the Londoner Callum Ilott (Zanardi-Parilla-Dunlop), who placed ahead of the French Gabriel Aubry (Tony Kart-Vortex-Dunlop) and the Danish Nicklas Nielsen (Kosmic-Vortex-Dunlop). On the other hand, the Italian Alessio Lorandi (Tony Kart-TM-Dunlop) will have to recover after he set the 8th time. He is the reigning world champion of the KF Junior category and, this year, he is looking for new goals in this more important category. Tom Joyner (Zanardi-Parilla-Dunlop), the reigning KF world champion, is a bit behind. The Brit will have to close the gap in tomorrow’s heats.

All the images of the European Championship
After the live streaming on next Sunday, the highlights of the event will be available on TV on Rai Sport 2. The pre-recorded broadcast of the Finals will be aired on May 14th. Always on the same channel, a special TV report with a recap of the whole weekend on Friday 16th.