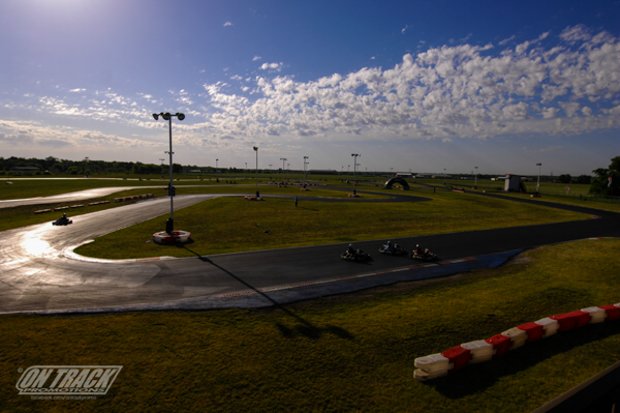 EKN’s Paddock Insider brings you notes, updates and breaking news as it happens. The article will be a timeline of events as they happen during the 2014 Superkarts! USA Pro Tour SpringNationals at the Dallas Karting Complex in Caddo Mills, Texas. The information will not be seen anywhere else, including notes, interviews and photos. For complete coverage of the SpringNats, visit the EKN Event Page. Please feel free to comment and discuss our coverage and today’s action in the EKN Global Members Discussion area below: 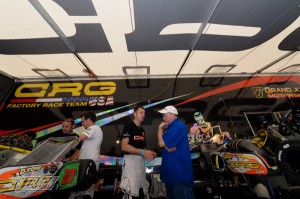 Too Much Grip on My Hands:
The Dallas Karting Complex was completed at the beginning of 2011, and thus has been non stop with action with the thousands of people taking part in the rental kart program they have, along with the select karting event over the past three years. This weekend is the biggest they have experienced, and have welcomed the karting community with open arms. The paddock is large enough for the record numbers, and the track is among the most challenging in the country with no room for error. Recently, DKC put down a unique sealer around the circuit, which has accepted the tire rubber from the MG Tires very well. There is no complaint about lack of grip, with the highest grip level ever at a Pro Tour event in the five year history.

Euro Invasion:
The headline going into the event was the arrival of four distinct European drivers, making their S1 Pro debut to take on the best of North America. Five-time world karting champion Davide Forѐ has joined CRG-USA, with Jordan Lennox-Lamb and Milan Dontje running under the PSL Karting banner, while two-time SuperNationals KZ champ Anthony Abbasse is pitted with the DKC/SodiKart USA program. All four have established resumes and ready to tackle some Stock Moto racing for the first time. Lennox and Lamb took part in the Texas ProKart Challenge last weekend, and really grabbed the attention of the S1 regulars in attendance. Forѐ and Abbasse, today was their first taste of the six-speed Honda package. Forѐ is piloting a engine serviced by DDR Engines, with Abbasse working alongside SwedeTech Racing Engines. 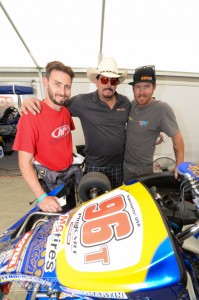 SKUSA Flashback:
The original SKUSA ProMoto Tour began in 1999, with Texas drivers Trevor McAlister and Kyle Martin among the top drivers in the S1 class – which utilized modified moto engines. Both earned a number of victories over their tenure with the American manufacturer Trackmagic. Leading Edge Motorsports and Greg Bell was a crucial part of the brands growth and development, including McAlister driving under the LEM tent. ‘T-Mac’ jumped back into the karting seat a couple years ago, and is now a S4 Master contender aboard the Praga chassis. ‘Lone Star’ Kyle Martin is making his return to the national karting scene after a few stints at the SuperNationals a year ago. He will contest the competitive TaG Senior division, still looking as if he’s got a few more years before moving into the Master division.

Big Numbers Brings Big Rigs:
The SuperNationals is THE event to go to in North America, if not throughout the world. Many of the top drivers attend, including the top teams throughout the industry. PSL Karting has been recognized for a number of years as the top CRG distributor in the world. Always a strong presence at the SuperNationals, the Trois-Rivieres, Quebec based operation journeyed down to the Lone Star State for its first SpringNationals. The team took part in the events last weekend for the Texas ProKart Challenge and is fielding 10 drivers during this weekend’s competition. Talking with team manager Andrew Campbell, he was happy to see all the competition and welcomed the positive atmosphere within the paddock.

Family Affair
The sport of karting has always been about family. Whether it’s just a father and son, dad and daughter, or the entire family that come to the race track to enjoy the time together and learn from the many experiences encountered. This weekend features four sets of brothers racing in the TaG Cadet division. Michael and Nicholas d’Orlando from New York along with Jagger and Jace Jones of Arizona have been seen on the national karting scene for the past couple of years. The other two sets come from Texas – with Braydon and Cash Tiner along with Logan and Matt Stretch. From the local level to the top series in the sport, its still about family and friends. 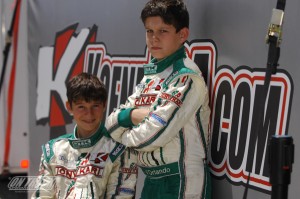 OGP, Yeah You Know Me:
Along the east coast, one of the powerhouse teams has been the Ocala Gran Prix squad. A number of Rotax Grand National titles and Florida Winter Tour championships have been earned by the central Florida based team. With Mike and Alex Speed working with the operation, it was only a matter of time before they added Stock Moto to their arsenal. Over the past few years, they have worked with a number of OGP drivers at the regional level, and now are taking it to the Pro Tour. Eight drivers in total from S1, S2 and S5 carry the colors, and looking to add SpringNationals victories to the team’s resume.

IAME Engine Giveaway:
The new IAME USA program is on-site at the SpringNationals, including IAME East’s Eric Jones and IAME West’s Tony Alvis. They along with Superkarts! USA are going to give away a new X-30 engine in a drawing, including the top IAME finisher in the TaG Senior, Junior, and Master category each day. Their purpose for attending the SpringNationals is to inform the drivers, teams and industry members the current and future plans of the IAME brand in the United States. 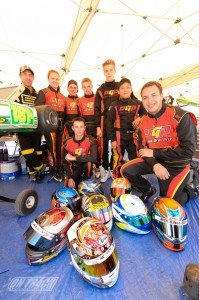 Fast Friday:
Each of the eight categories contested six rounds at seven minutes each. Throughout the day, the track gain grip with the unique sealer surface on the Dallas Karting Complex facility taking to the MG Tire rubber. The entire day, drivers were looking to find the optimal setup and line around the course. The following were the top drivers in the practice session: