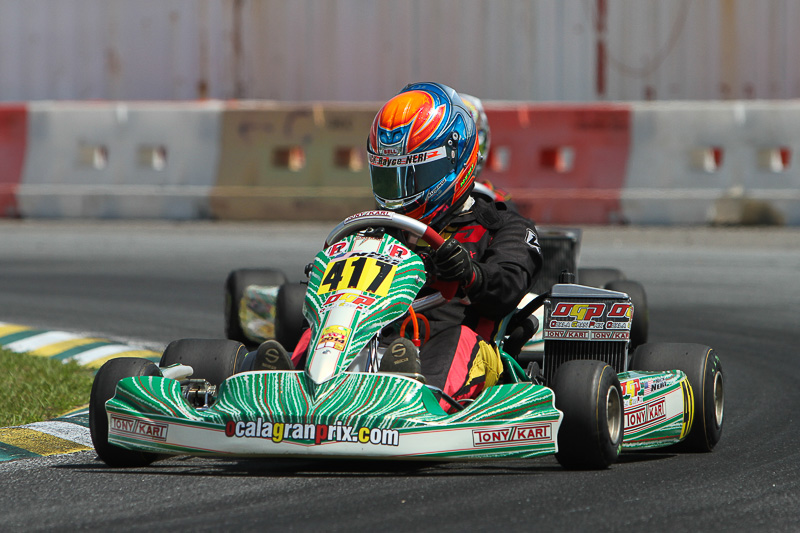 Neri on his way to victory at Florida Winter Tour, leading to his first DD2 championship (Photo: Studio52.us)

The United States Rotax Max Challenge has produced a number of talented drivers over the past seasons. This year will be the 15th celebration of the Rotax Max Challenge Grand Finals, this year set for November 24-29 in Valencia, Spain. The 2013 event, held in the United States for the first time at the NOLAMotorsportsPark, witnessed the best performance by Team USA. Three drivers earned positions on the podium, including the first ever victory by a United States driver courtesy of Juan Manuel Correa in Junior Max – and earned the country its first Nations Cup honor. Part of the group garnering success in the United States Rotax program is Florida driver Nick Neri. 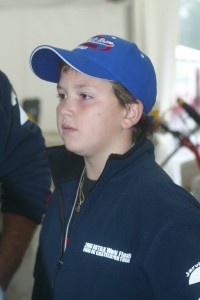 Dating back to 2006, Neri has won at all levels of the Rotax ladder system, making him one of the most decorated Rotax racers in the United States. Most would agree that Neri is a threat to win when he climbs into any type of kart, but never is he more dangerous than when he’s standing on the gas and opening up the carburetor slide of a Rotax powereplant. Three US Rotax Grand Nationals titles are currently on his resume, one for Mini Max (2006), Junior Max (2008), and Senior Max (2011).

Completing the month of March, along with a very successful 2014 Florida Winter Tour, the Ocala Gran Prix racer has kicked the 2014 karting season off strong. This March, Neri contested the final two rounds the FWT at the OrlandoKartCenter in Orlando. Competing in the very talented and very fast DD2 field, Neri’s 2014 FWT season was impressive as it featured three trips to the podium in the first four races. But it was the final weekend in March that secured Neri’s fourth Florida Winter Tour championship.

The final weekend of the series began with Neri laying down a flyer in qualifying Saturday morning. The 51.641 lap time was good enough to earn Neri the pole position for the Prefinal. From the pole position, Neri launched out to an early lead and began to pull away. The 15-lap Prefinal was led from green to checkered flag by Neri as he drove on to a near two-second win. The main event was the icing on the top of what had already been a truly perfect day for Neri. From the inside of row one, Nick took off and went to work on duplicating his dominant run from the Prefinal. Neri led each and every single of the main event’s 20 laps. When the checkers flew Neri had notched his first main event win of the series while also recording a perfect score on the day, helping his championship odds.

For the rest of the DD2 field, Sunday began eerily similar to Saturday. For Neri, it began just like he planned it to by starting on the pole position. Neri proved that Saturday’s dominant performance was not by accident. Sunday’s Prefinal was a carbon copy of Saturday’s as Nick led from start to finish, driving to an impressive three-second win. The final began with first half of the race belonging to Neri. Nick relinquished the lead and knowing that a podium finish clinched the title, he never made any poor decisions while battling for the lead. At the line, Neri was the runner-up in the race, but the leader in the clubhouse by securing his fourth FWT title and his fourth

With the championship, Neri has earned another ticket to the Rotax Grand Finals, set for Valencia, Spain on November 24-29 as part of Team USA. His first trip to the Rotax Grand Finals came following his Mini Max US title, joining the team as a spectator. That lead to four more times qualifying to compete at the ‘Olympics of Karting’. In 2009 and 2010 as a Junior Max driver, Nick was the top Team USA pilot. 2009 was a 16th place finish at Egypt, and was followed up with a fifth place result at La Conca, Italy to match the best performance of Timmy Megenbier in 2004. That would stand until last year’s victory by Correa. After winning the US title in 2011, Neri elected to not compete at the UAE event. He returned to the Rotax world championships last year, via a ticket from the Florida Winter Tour, placing ninth for his best result as a Senior Max driver.

Neri will attempt to earn his fourth US Rotax Grand Nationals title this year, competing in the DD2 division, in an effort to tie Jordon Musser and Daniel Formal as the only drivers to earn that many championships. Formal is the only driver to win Mini Max, Junior, Senior and DD2. Should Neri claim the crown in DD2 this year, he will match that record. Neri, the first member of Team USA DD2 squad, will be one of a handful of drivers attempting to earn the United States its first Rotax Grand Finals victory. 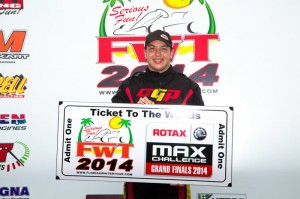 What do you do when not at the track? Go to school and work at North Blossom Bingo
What are your goals outside of karting? To continue my progress in car racing
What type of street car would you like to drive? Something expensive
What are your pet peeves or things that irritate you? Not knowing why someone is quicker than me.
What is your favorite aspect about racing in the Rotax Max Challenge program? The competitiveness amongst the drivers