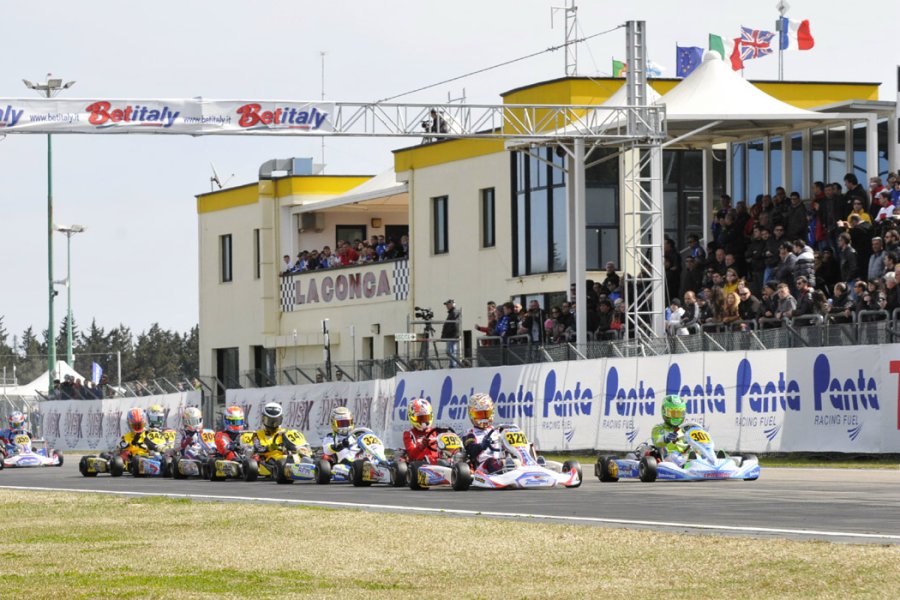 The third and decisive event of the WSK Super Master Series is due next weekend in Muro Leccese, on the International Circuit la Conca, where the victories of the four categories will be awarded at the end of the Finals. The south Italian circuit hosts the third and last event of the series. The previous two rounds were hosted by the facilities of Sarno (SA) and Castelletto di Branduzzo (PV). The number of entrants is outstanding: over 200 drivers coming from the five Continents in every round. Many are the drivers who can aim at the title; none of the categories has been, so far, dominated by an undisputable leader.  Moreover, the scoring system, which awards more points in this closing event, makes the standings more uncertain: great expectation for thrilling Finals, on schedule next Sunday 27th April. Winners will be announced live on the web thanks to the official website www.wsk.it.

WSK on video
On Rai Sport 2, on 30th April, the pre-recorded broadcast of the Finals, while on 27th April the races will be available on www.wsk.it. Don’t miss the special report, the WSK TV Magazine, always on Rai Sport 2 on Friday 2nd May.