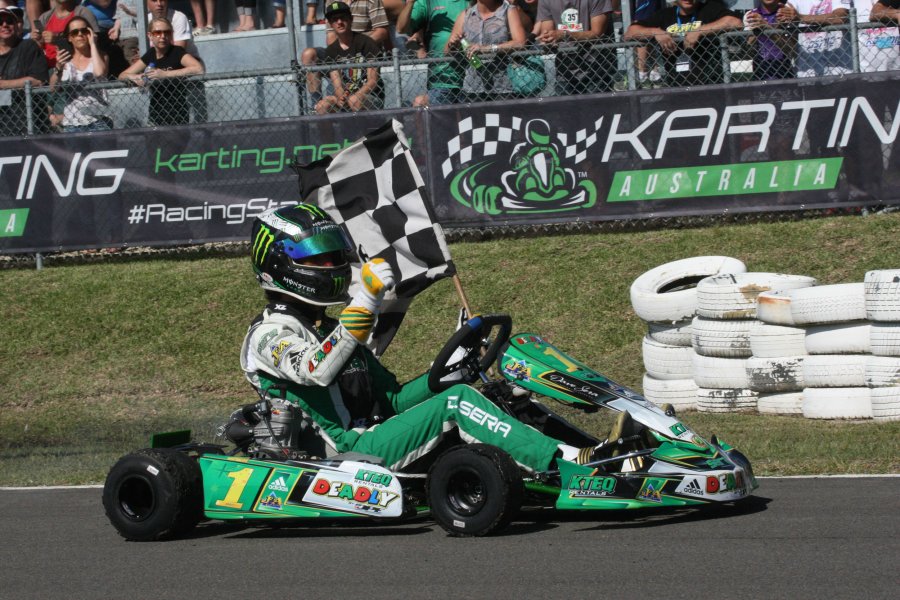 When John Pizarro won 15 National Championships during his time in Australian karting in the 1970s and 80s, it was a record that was thought would never be topped – until now.

Sera entered the weekend equal with Pizarro at the top of the all-time winners list in the sport, and after a pair of victories in the Clubman Heavy and X30 Heavy classes on Sunday he’s now amassed an amazing 17 National crowns.

“I went into this weekend with a bit of confidence after a strong showing at the Victorian Championships but to come away with two victories is just amazing,” said Sera. 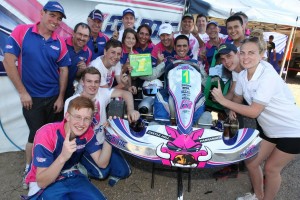 “Myself and the DPE team with Bart Price, Darren Hossack, my Dad, Anthony Bartolo and David Price in the early years have all played a very important part in all of my championships.

“I’m very thrilled with today’s wins but the nature of our sport these days is that I won’t have long to celebrate as the focus will turn to the next round of the CIK Stars of Karting Championship and aim for the next win.”

Sera’s wins, like many of Pizarro’s did during his career in the JP Sprinter, came aboard the kart that bears his own name – the Deadly kart manufactured by DPE Kart Technology.

“It’s a special feeling to win my 16th and 17th titles but winning them in a kart that has my name on it makes it even more special,” said Sera.

In Clubman Heavy, Sera led home a pair of Queenslanders with Brendan Nelson and Shay Mayes joining him on the podium.  Not even a mid-race restart due to an incident could slow Sera in the X30 Light class as he went on to dominate the 18-lap affair and claim a comprehensive victory ahead of Leigh Nicolaou and James Sera. 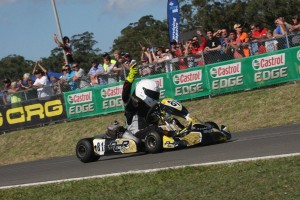 “In Clubman Heavy I knew that I had the speed over Shay Mayes in the early laps so I had to take advantage of that,” said Sera.

“I got a bit nervous there in the X30 class when the red flag came out, I had a flashback to Las Vegas last year when I had a similar situation and ended up second.”

James Sera, David’s older cousin, came tantalizingly close to adding a fourth National Championship in the Clubman Light final, however, it was Sydney-sider Dimitri Agathos who stole the show.  The Kosmic Racing Australia driver took over the front running from Sera just after mid-race distance with an aggressive move.  He then held Sera at bay to claim his maiden national championship.  Jaie Robson finished third.

In Junior National Heavy, PCR driver John Iafolla charged his way from seventh place on the grid to claim a popular victory ahead of local driver Ryan Pike; while in the fastest junior class in action, CRG driver DrewRidge took the Junior Clubman win after an intense battle with Oscar Piastri and William Brown.

In Junior National Light, after finishing second on debut at the national level in 2013, Geelong’s Dylan Hollis followed the recent tradition of the class to claim the top spot in his next attempt at the prestigious green plate. Hollis resisted the challenges of Queenslander William Brown and New South Wales driver Jayden Ojeda throughout the final race before coming out on top.

X30 Heavy driver Brendan Nelson was nothing short of dominant on his way to victory while Matthew Waters had to work hard for the fourth national championship of his career in Senior National. 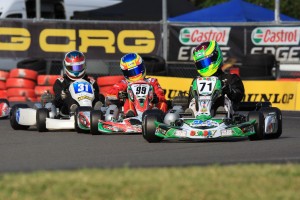 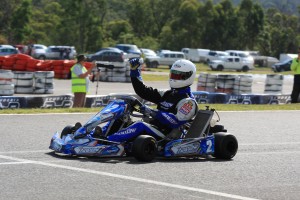