The 2014 Rotax Challenge of the Americas will come to a close this weekend, returning to the Simraceway Performance Karting Center in Sonoma, California. The popular circuit located on the Infineon Raceway grounds has been site to many regional, national and international events over the years, including the 2010 and 2011 series finales for the Challenge. After a two year hiatus, the series returns to ‘Wine Country’ to crown the 2014 Challenge champions.

On the line during the weekend will be seven international Rotax Max Challenge championships, including four tickets to the 2014 Rotax Grand Finals. For three categories, it’s a chance to earn a paid entry (should driver be qualified through their local USRMC) to the 2014 United States Rotax Grand Nationals at the MillerMotorsportsPark in Tooele, Utah on July 17-20. Here is a look below at those three championship chases to be completed this weekend in Sonoma. 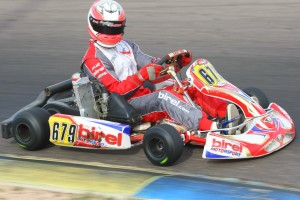 Nash Motorsportz Masters Max
Last year’s title run for Donald Durbin Jr. was a hard-fought battle to the final circuits of the season. This year, the Cambrian Go-Karts/Birel driver has an 81 point buffer going into the final two rounds to a very familiar course for San Jose resident. Two wins at the two circuits visited in 2014 help to give Durbin the championship lead heading into the finale with recent first-time COTA winner Brian Phillipsen trailing. The SoCal Tony Kart driver has been quick all season, qualifying in the top-three in all four rounds, coming away with two podium finishes. Phillipsen can cut into the deficit he faces with two more victories, which he is more than capable of. Last year’s vice champion Ken Maxfield remains in the hunt, just a few points back of Phillipsen. The Arrow driver out of Utah has been a contender all series, placing on the podium three of the four features with his only blemish a mechanical DNF in Tucson. Maxfield scored the most points in Phoenix, as he and Phillipsen need help in order to dethrone Durbin.

The wildcard once again could be the performance of Tyler Brooks (Tony Kart). At last year’s season finale, the 23-year old swept both main events with impressive performances. He will look to match that feat this weekend, making his COTA season debut. Two-time EKN US Rotax Driver Rankings #1 driver Scott Ripslinger (Energy) is set to defend his home track, making his series debut as well. Ripslinger is a two-time defending Red Line Oil Karting Series champion, Series regulars Justin Peck (Tony Kart) and Kurt Fisher (CRG) are also gunning to close out the year strong and end up on top of the podium in either round. 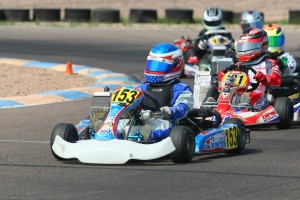 Three wins in four rounds has Jacob Blue Hudson on the path toward the Mini Max title (Photo: SeanBuur.com)

BBR Karting Mini Max
It has taken only one full season of Mini Max racing for Jacob Blue Hudson to adapt to the quicker speeds, graduating after his 2012 Micro Max championship. Hudson has been on fire the opening two events, earning three of the four features, including the sweep in Phoenix. The Energy driver will need to be on his game to secure his second series championship, with a stout driver roster expected in Sonoma, along with two title contenders. Dylan Tavella (CRG) is in the midst of his rookie season in Mini Max, as the 2013 US Rotax Grand Nationals Micro Max champion has been Hudson top rival. A win at Tucson, followed by two runner-up finishes has the New York driver 47 points back in the title chase. Third in the order is Trey Brown (Tony Kart), who is seeking his first Mini Max win of the season. The So-Cal driver has three podium finishes after four rounds, and has three straight regional wins in Cadet competition already. 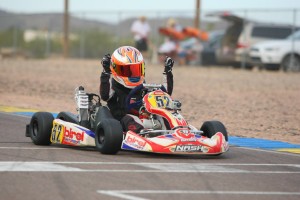 Black Flag Racing Micro Max
Typically, going into the season finale with four wins in four feature races would put yourself in a comfortable state of mind. The structure of the point system at the Challenge however requires drivers to perform their best, for each and every session. Micro Max point leader Jak Crawford (Birel) enters Sonoma with four feature victories, but only one Prefinal win. This has allowed the competition to remain close going into the final two rounds, as the lead is just 48 points over Sebastian Davis (Tony Kart). The Arizona driver has four straight podium finishes thus far reaching third twice in Tucson and the runner-up spot both races in Phoenix. Texas driver Ethan Arndt (Tony Kart) has three podiums of his own, and still within reach of the championship chase. All three will be gunning for their first Challenge title of their young careers.

For complete coverage, please visit the EKN Event Page and tune into the Trackside Live coverage throughout the weekend.