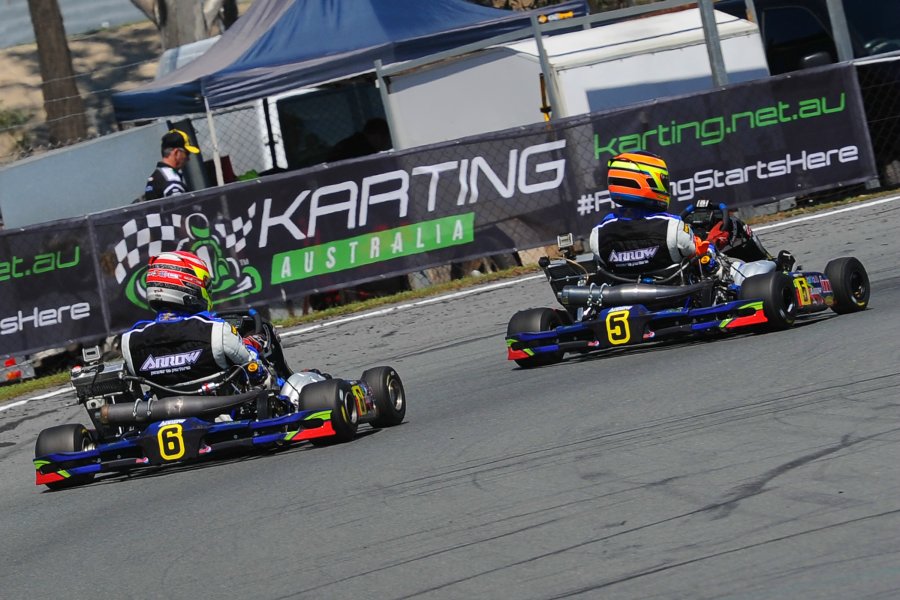 New faces have come to the fore at the opening round of the CIK Stars of Karting Championship presented by Castrol EDGE in Ipswich, Queensland on Saturday night, while a pair of old masters continued their all-time win battle in KZ2.

In the KF2 division, former Ipswich Kart Club Champion Scott Sorensen continued his good form of Friday, where he was the Freem Fastest qualifier and winner of the opening heat, to win the two remaining heats on Saturday morning. In the first final, he had an intense with Bundaberg driver Troy Loeskow, who ended up sneaking home in front to win three Stars of Karting finals in succession. 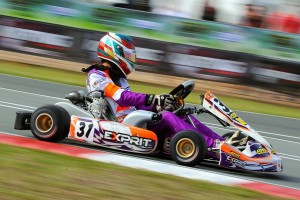 In the second final though, the Harrington Doyle Racing squad wouldn’t be denied, firing Sorensen home to win by over five seconds from Loeskow and the super impressive Nathan Tigani who staged a dramatic forward surge from deep in the grid during the first 10 laps of the final to finish third.

Just as Sorensen was in the KF2 class, Sydney-sider Jayden Ojeda came into the weekend as a relative unknown in the KF3 Junior division, however leaves having shown a level of dominance that has not been seen for some years in the elite junior division of Australian karting.

He topped every session from qualifying onwards and put the exclamation mark on the weekend by winning the final by over six seconds. He beat home a fellow debutante in Zane Goddard and Exprit team-mate Christopher Sandrone. It looked like a podium full of debutantes until late in the race when Aaron Cameron’s kart expired.

In KZ2, the all-time Stars of Karting final victories statistic will stay locked between 2013 Champion, Joey Hanssen and Sunshine Coaster Kyle Ensbey, after they shared victories.

Hanssen had mirrored Ojeda and Sorensen by winning all three of his heat races and then stormed away in the first final to take the win over 15-time Australian Champion, David Sera.

Off the start of Final two, however, it was mayhem during the opening few laps with Ensbey emerging at turn two in the lead having started fourth. Hanssen was the big loser being shuffled back to fourth.

The action that ensued guaranteed this was one of the most memorable KZ2 finals of all time. Ensbey skipped away at the front to the tune of a two second lead, while the swapping and changing behind continued. 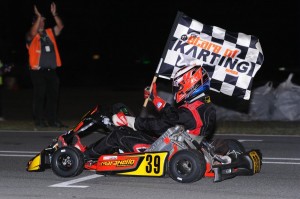 “I joined a new team for this year and you can’t ask for a better start to our Championship,” said Ensbey, who competed aboard an Italian-made Maranello chassis.

“In the final I knew that if I was going to have a chance at winning I had to make the moves early in the race. When I got to the front I had a look behind and realised the guys behind me must have been battling hard as I already had a handy buffer.

“I pushed hard for the first half of the race and then towards the end I knew that I still had a good gap and was able to conserve a bit and hold on for the win.”

Sera battled with Gold Coaster Chris Hays, ultimately, that battled ended with Hays taking second place and charging to within 0.9s of Ensbey at the end of the race. Hays finished third, with Hanssen holding off a charging Kel Treseder to come home in fourth to secure the championship lead ahead of Sera.

A memorable opening round held under lights was a fitting way to get the Championship underway with the next round due to take place on the weekend of May 4-5 at Adelaide’s Bolivar Raceway. 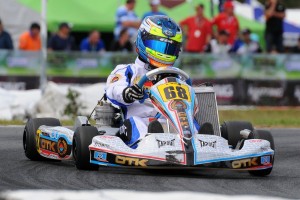 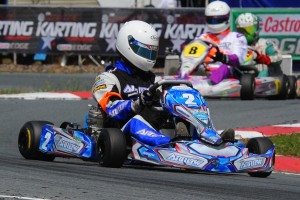 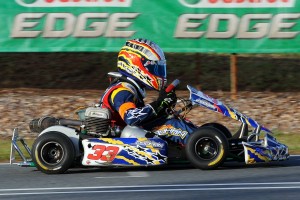