Full house with prominent attendance and waiting list, more international than ever with every continent represented, everything live: TV stream in high definition and X2-Timing by MyLaps 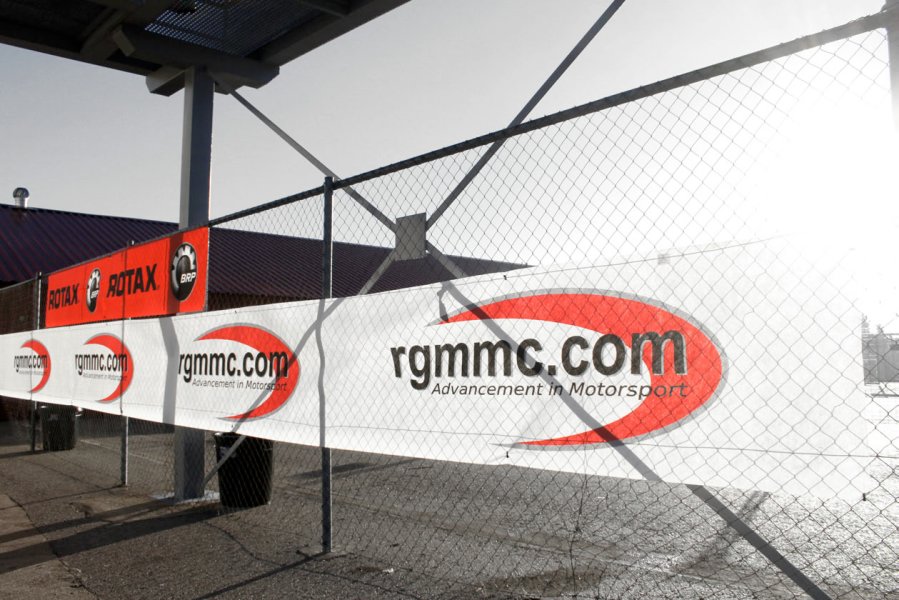 From 2nd to 6th of April the ROTAX MAX Euro Challenge kicks off its racing season 2014, promising new benchmarks in every way. After the first big rehearsal, the ROTAX Winter Cup at Campillos in February, the European ROTAX elite is ready to head for the first points on the 1.360 metres long track of Genk(BEL).

RGMMC Establishment, hosting the ROTAX Euro Challenge for eleven years now, made his mark and stands for most experienced standards and professional processes in every way. And the participants appreciate the organiser’s effort. Over 210 drivers from 36 countries representing every continent entered the opening round. That means another increase setting a new incredible record for the three categories of junior, senior and DD2 plus the special classification for the DD2 Masters. But not only the drivers are afforded with a professional surrounding at the Euro Challenge, even the manufacturers are attracted more and more. So Birel, CRG, ART GP, Sodikart, Tony Kart and Praga are only a few companies, which reinforce their official commitment to the international arena of ROTAX.

“For the past eight years the Euro has continued to gain momentum with each season seeing an increase in drivers with more countries than ever participating from around the world. This opening round see’s yet again another record breaking entry with both the junior and senior classes being over-subscribed. The feedback has been really encouraging and I am very proud of our achievement, which is based on advancement, development and progress. The RGMMC ROTAX Winter Cup has already given us a taste of what we can expect and we are looking forward to some thrilling racing” quotes Roland Geidel, RGMMC CEO whose championship schedule is well prepared: The tour starts with the opening round in Genk (BEL) from 2nd to 6th of April, followed by the second stop on the Italian track “7 Laghi” in Castelletto (IT) from 26th May to 1st of June. The high-speed track of Zuera in Spain will mark the second halftime of the season from 14th to 20th of July, before Salbris (FRA) will host the final round from 1st to 7th of September.

Equally the ROTAX MAX Euro Challenge will face some innovations in 2014: The whole new timing system X2 from MYLAPS, now directly run by RGMMC Timing, will be a standard feature for all races. Alongside the race control system is upgraded to 30 cameras now, all being equipped with high definition. That does not only bring more fairness to the racing but provides thousands of fans and followers of the live TV-stream (www.rgmmcmedia.com) with more detailed action. Last but not least the official website www.rotaxmaxeurochallenge.com has finally been re-launched, offering even more information to the worldwide community.

70 junior drivers will compete at Genk, fighting for the first points of the season. Juri Vips (Strawberry Racing) could play a leading role in this category. After winning the Winter Cup the Estonian youngster belongs to the top favourites. Same applies to Dutchman Richard Verschoor (Team TKP), who finished second at Campillos. But Austria’s Thomas Preining (Team TKP) or Dave Wooder (Dan Holland Racing) from the UK belong to circle of favourites too, only marking a fraction of the large grid, which surely will come up with some surprising twists in the end.

A great show is expected in the senior category. Tremendous 90 drivers are heading for the European crown this year, which makes it the largest class within the Euro Challenge framework, lifting the competition to the most thrilling level ever. But the grid not only impresses by its quantity. The Drivers’ quality is extremely high too and represents the best, which international ROTAX racing has to offer. First to mention is Guan Yu Zhou (Strawberry Racing): The reigning European junior champion debuts in senior category this year and proved his ambition already by his second place at the Winter Cup in Spain. Yet the youngster will not face a walkthrough: His hardest opponent could be one of his many teammates, specifically Joseph Reilly who recently won the Winter Cup. Or what about the first female Euro champion in 2014? Jessica Backman from Sweden – another driver from Strawberry Racing – just stepped up from the juniors and managed a brilliant third rank at Campillos. Nevertheless the A-team from the isle is not the only hotbed of talents. The reigning world vice champion Aavo Talvar (Talvar Racing) from Estonia, local hero Yannick de Brabander (CRG SpA), Intrepid’s spearhead Edward Brand (Intrepid Driver Program) or Birel factory driver Toman Libor (KMS – Birel Motorsport) are some more candidates who aim for the top. The listing of favourites could go on endlessly but finally we have to wait and see what the season start really comes up with.

Last but not least the DD2 category promises some very prominent and elitist action. Over 50 drivers make for a well-stocked grid, which consists of the top drivers of ROTAX gearbox karting. The man to be beaten certainly is titleholder Ben Cooper (KMS – Birel Motorsport) looking back on numerous victories such as the world championship crown in 2012. At Genk the reigning champion from Canada will be given a hard time by Xen de Ruwe. After a dramatic season ending 2013, when he had to withdraw from the final round at Salbris and by this lost all chances for the European crown, he returns fully motivated. Racing for the ART Grand Prix team, De Ruwe will push very hard at Genk to finally take the win at his home match in Belgium. But this will be a heavy task: Another quick opponent is Sean Babington, designated DD2 vice champion of the Euro Challenge 2013 and recently winner of the Winter Cup. Not to forget Sodikart’s Anthony Abbasse, who won the US Super Nationals or his teammate Henry Easthope who proved his skills in 2012 when he crowned himself U18 World champion. Competition is put onto another level by two more popular names: Paolo de Conto (KMS – Birel Motorsport) from Italy and Jonathan Thonon (Praga Kart Racing) from Belgium. Both look back on an impressing career in the KZ category and belong to the most successful gearbox drivers of our time. While De Conto crowned himself two times European Champion and lately won the Winter Cup at Lonato, Thonon proved his exceptional talent by collecting not less than three World Cup titles since 2008.

A real icon of ROTAX karting is to find in the DD2 as well – more precisely in the Masters classification: Cristiano Morgado (Dan Holland Racing) from South Africa exhibits four wins of the ROTAX Grand Finals and belongs to the most experienced drivers of his kind. Frenchman Guillaume Berteaux (Kartagene) won the Winter Cup at Campillos and wants to join the battle for victory just as the former champion Christophe Adams (Sonic Racing Kart) from Belgium, front-runner Florent Lambert (DSS) from the UK or International Open winner Martin Pierce (Praga Racing Kart) from Ireland.

All told one expects an awesome season which possibly could be the most exciting ever. The eleventh year of the ROTAX MAX Euro Challenge promises a highly balanced level of competition and most thrilling race action in each category. At last Genk will unveil the first pacemakers and everyone is invited to join the event live. So stay tuned on www.rotaxmaxchallenge.com or follow the event live on www.rgmmcmedia.com.