The Clock Gets Turned Back in Ipswich 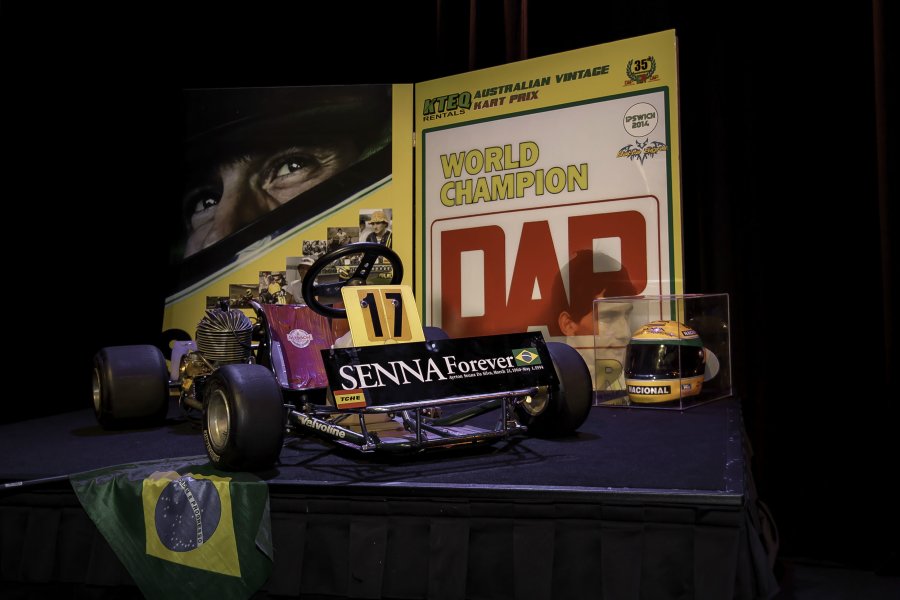 The memories flowed freely in Ipswich across the weekend with karting personalities from all across the globe assembling for the inaugural KTEQ Rentals Australian Vintage Kart Prix. 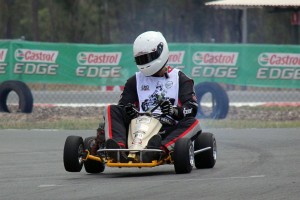 A total of 209 entries were received for the event that represented a celebration of the sport of karting with karts ranging from the late 1950s through to 1991.

Also trackside on Sunday was Jim and Deanna Courtney – parents of V8 Supercar Champion James, former V8 Supercar Team Owner Jim Morton and a plethora of other Australian karting identities from the past 50 years.

“From everyone that I’ve spoken to it has been an awesome weekend, they’ve all had the times of their lives,” said Queensland Vintage and Historic Club Vice-President Allan King.

“A lot of people have said to me that it felt like karting was 25 years ago, the noise, the enjoyment, the camaraderie, it’s brought it back for them all.

“Our guests from Italy, Brazil, Sweden, America and Holland have just been amazed at the event. Harm Schuurman asked me – how do I describe the event when I go back to Europe? He believes that there are no words that he could use to fully explain how much of a good time that he’d had out here.”

For Schuurman, the event provided him with the opportunity to be re-united to some of his old friends, some of which were very unexpected. 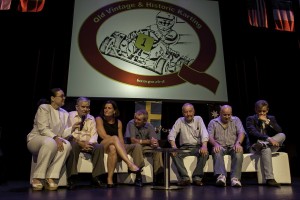 The panel of special guests during the Gala Dinner on Saturday night
(Pic: Russell King)

“It has been great to see old friends that I haven’t seen in ages,” said Schuurman.

“Many years ago I was racing in Hong Kong and I didn’t have a mechanics for a stupid reason. An Australian by the name of Les Wust and his friend Paul helped me out. We lost contact and 31 years later he walked up to me on Saturday – it was amazing.

“The hospitality here in Australia has been fantastic. The Powles family has been magnificent to my wife and I over the past week to ensure we have had a great time here in Australia. The worst thing about the whole trip is that we now have to pack up and go back to home.”

Pizarro was also full of praise for the event.

“It has been a fantastic weekend, it has been really good,” said Pizarro.

“All of the old time karters were here, it was great to catch up with them all. To be able to spend time with Angelo (Parrilla), Harm Schuurman and Marie Radne again has just been fantastic.

“I got back behind the wheel and got a hell of a hiding. I haven’t driven a kart in race conditions since 1995, I certainly tested every corner marker out there.”

While the on track action had the Ipswich Motorsport Precinct buzzing across the three days of the event, the Ipswich Civic Centre hosted a very special Gala Dinner on Saturday evening attended by more than 200 people. 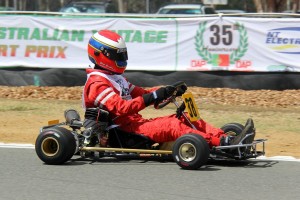 With the ‘jewel in the crown’ of Ayrton Senna’s DAP kart that he drove in the 1979 World Karting Championships on display, the panel of special guests shared their memories of the late three-time World Formula One Champion.

The weekend’s event kicked off a ‘double-header’ of karting action for the region with the Ipswich Kart Club hosting the opening round of the CIK Stars of Karting Series presented by Castrol EDGE this Friday and Saturday.

Practice for the event will be held on Friday morning (March 28) ahead of qualifying in the afternoon and the opening heat in the early evening. The racing will continue from 9:30am through to 8pm on Saturday (March 29).

The action from Saturday’s finals will be streamed live across the internet with links to be provided on the Karting Australia (www.karting.net.au), Stars of Karting (www.starsofkarting.com.au) and My Sport Live (www.mysportlive.com.au) websites.