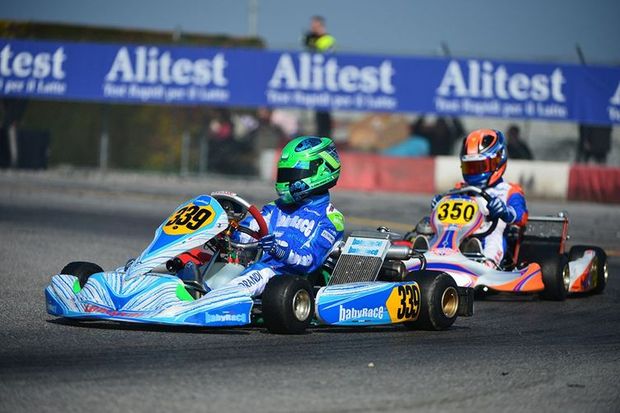 The Trofeo Andrea Margutti, race scheduled for the end of this month at the South Garda Karting of Lonato, will have an exceptional entry list. About 200 drivers entered in fact the event that celebrates this year the 25th anniversary of the historic race devised to keep alive the memory of the young Andrea Margutti, emerging star of karting passed away in Parma on the 14th of October 1989.

All is set in Lonato to house this important International event that is part of the CIK-FIA calendar. The race is to be held next 27 – 30 March on the renewed circuit that features improved safety measures.

The Trofeo Andrea Margutti will see once again a good number of drivers competing in the four categories, all of them will certainly be ready to honor at best this event and will be well motivated to write their names on the prestigious Hall of Fame of the race.

A lot of top drivers confirmed their presence – about 60% of which are foreign – to represent 30 different countries. Very good numbers in the highest category, KZ2, that will have 60 drivers on track. The Croatian driver Kristian Habulin – in force at team KK1 – will be among the strongest contenders to the final victory as he won the past edition, but several other drivers will have a go at securing the success, such as the Italian champion Alessandro Giulietti, or the local hero Luca Corberi, or again Andrea Dalè, Marco Pastacaldi, Marco Zanchetta, Antonio Piccioni, Luca Tilloca and some other protagonists of international karting.

In KF, all eyes will be on past year’s Junior World Champion Alessio Lorandi and on the European Champion Lando Norris. Very good chances to shine also for the Russian driver Egor Stupenkov (third last year), Alexander Zhirkov and Andrea Moretti, as well as for Francesco Iacovacci who is back to the series.

Among the very numerous protagonists of KF Junior, last year’s winner – the Briton  Daniel Ticktum – and the winner of the recent Winter Cup, the British driver Enaam Ahmed will challenge each other on track, and will be joined by the Russian Alexander Vartanyan. Lorenzo Travisanuttowill enforce the lot of Italian drivers alongside Giuliano Alesi – the son of former F1 driver Jean Alesi – and Leonardo Lorandi.

60 Mini will also have a long entry list with several protagonists including Giuseppe Fusco and the recent winner of the WSK Champions Cup, the Malaysia’s driver Muizzuddin.

The program of the event will start on Thursday 27th with free practice. Timed free practice will follow on Friday 28th from 8.00 (GMT+2), while sportive scrutineering will take place from 12.00 to 17.00. Qualifying will be on Saturday 29th March, followed by the heats. Repechage races will open the day of Sunday and will lead to the finalists presentation, Prefinals (run on 20laps), Finals (25 laps for KF and KZ2, 20 for KF Junior) and Prize Ceremony.

Entry forms and all information are available at  www.trofeomargutti.com.