Napoli will Host Opening Round of the WSK Super Master Series 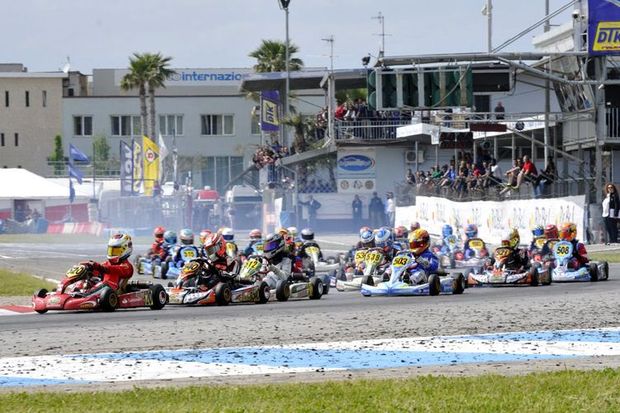 The WSK Super Master Series will kick off at Napoli
(Photo: Press.net Images) 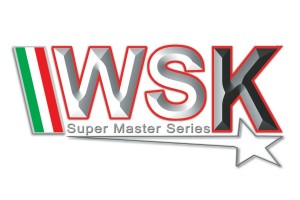 The International Circuit Napoli in Sarno (Salerno, Italy) is the venue of the WSK Super Master Series 2014 season-opener. Engines are about to be turned on for the beginning of the racing season, which starts next weekend on the 1,699 metres of the southern Italian track. All top teams and drivers from all around the world are ready to challenge each other in this thrilling season-opener event. The WSK paddock is going to be as crowded as ever thanks to the more than 200 entrants of the four categories admitted to the race: KZ2, KF, KF Junior and 60 Mini. The circuit of Sarno confirms the positive trend WSK has been recording since the beginning of the year, after the first events of the season. The great qualities of the Italian facility have been confirmed by the huge number of entrants. Everybody expects a great sports show for next Sunday’s Finals.

Trying to outpace Hanley in KZ2

KF drivers in pursuit of Basz

KF, too, opens the WSK Super Master Series with a long list of entrants. Plenty of champions are ready to pursue the Polish  Karol Basz (Tony Kart-Vortex-Dunlop), who has already won the WSK Champions Cup this year. The Italian Alessio Lorandi (Tony Kart-TM-Dunlop) is going to be Basz’s main rival. Lorandi is eager to redeem himself after a rather heated beginning of season. Also the English Tom Joyner (Zanardi-Parilla-Dunlop) stands a good chance and can be considered among the favourites after his victory of the World title of the category in 2013.

Who wants to overtake Ahmed in KF Junior

Lots of things are happening, as usual, in KF Junior. The first leader of the season is the  English Enaam Ahmed (FA Kart-Vortex-Vega), who has just won the WSK Champions Cup. He is the first driver to beat this year, in a category which can boast more than 60 entrants.

New round in the 60 Mini, with Muizzudin on the run

The young Malaysian Muizzuddin Musyaffa Abdul Gafar (Hero-LKE-Vega) is definitely the favorite driver of this beginning of season in the 60 Mini. After his victory In the WSK Champions Cup, Muizzudin is aiming to win again in the WSK Super Master Series but the Italian Giuseppe Fusco (Lenzo Kart-LKE-Vega), after missng success in the first event, is ready to redeem himself on his home circuit.

The whole final phase will be aired in live streaming by the official website www.wsk.it. On Rai Sport, the delayed broadcast of the Finals next week and, on Friday 28th March, a special report with the highlights of the event.