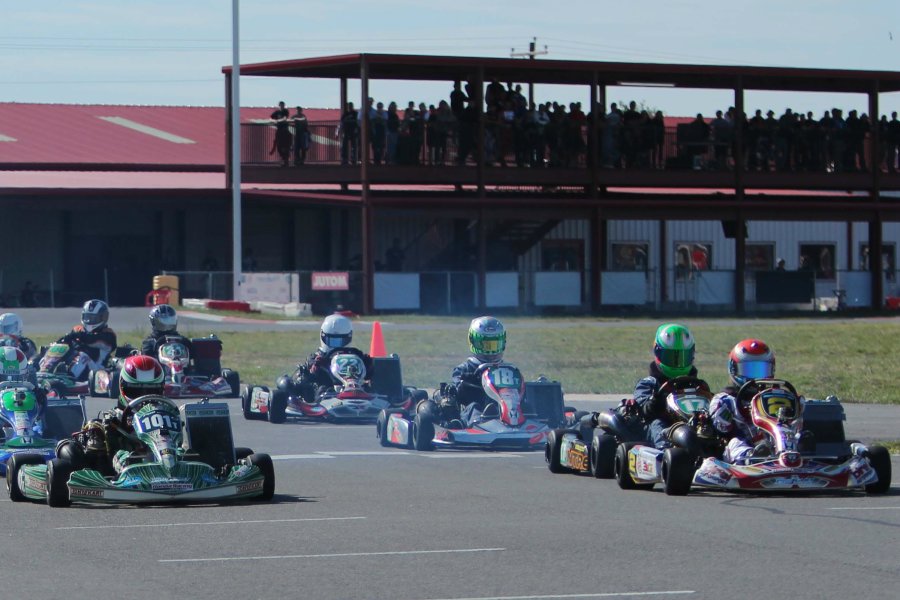 Full fields are expected to hit the Dallas Karting Complex for the 2014 SKUSA SpringNationals on May 2-4 (Photo: Dreams Captured Photography)

Superkarts! USA is preparing for another record-breaking season as the fifth season of the SKUSA Pro Tour kicks off in the Lone Star State in less than 50 days. The 2014 SKUSA SpringNationals will host the opening two rounds of the season, scheduled for the Dallas Karting Complex in Caddo Mills, roughly 45 minutes from downtown Dallas. Over the past few seasons, driver totals have increased steadily with each offering of the SpringNationals, and 2014 is estimated to be the biggest, as the SKUSA Pro Tour journeys east of the Rocky Mountains for the first time since 2010.

Racers planning to compete in the SpringNationals will be able secure their position in the eight Superkarts! USA categories as online registration opens to the public at midnight on March 14. Each of the eight classes will have a cap of 40 drivers, with classes such as TaG Senior, S2 Semi-Pro and TaG Cadet expected to easily achieve that number as the May 2-4 event draws near and the April 27 pre-registration deadline approaches. Information regarding pit spot reservations and the tentative weekend schedule is to be published on the SpringNats event page starting at midnight tonight, accessible through the SKUSA Pro Tour Event Calendar page.

“It is hard to believe we are opening up with our fifth SpringNationals,” commented Superkarts! USA President Tom Kutscher. “It seems like yesterday we welcomed everyone to NorCal to start this thing, and it’s been full throttle ever since. We’ve been working with the guys at Dallas Karting Complex over the last few weeks, including a recent visit, to ensure everything will be ready for what we expect to be the biggest Pro Tour event outside the SuperNationals. I want every racer to understand that they need to get their entries in as soon as possible. The event may have classes sell out before we reach April – and each entry is a key part of the Priority Pre-Entry Program for the SuperNationals, which will surely be on every racer’s calendar. It’s a great time to be part of the SKUSA Pro Tour, which promises the biggest fields and most amazing competition found anywhere in the country.”

The top drivers of the Superkarts! USA program begin their pursuit of the 2014 Pro Tour championship on one of the newest and most competitive kart tracks in North America. Opened in the spring of 2011, the Dallas Karting Complex (DKC) is the youngest purpose-built track to host a SKUSA SpringNationals weekend. Built atop a 25-acre plot of land in northeast Texas, DKC is an 8/10-mile long track, which features multiple configurations and a fast rental kart fleet. The track has hosted several successful events over the past three seasons, including the opening round of the Texas ProKart Challenge program in 2013. DKC will once again host the TPKC regional opener, scheduled for April 25-27, and will serve as a ‘tune-up’ weekend for the SpringNationals. The facility is owned and operated by karting veterans Mike Jones and Kevin Adds, who are excited about hosting both events and thrilled to welcome racers from all over North America for such a large and historic event as the SpringNats.

“The excitement level continues to build as we get closer and closer to the SpringNationals,” stated Dallas Karting Complex co-owner Mike Jones. “We’ve been working closely with Superkarts! USA to ensure they have what they need for all of their racers when they drive through the gates for the first weekend in May, along with the weekend before during the Texas ProKart Challenge opener. Our mission is to make this the biggest and most memorable SpringNationals ever for each and every racer who comes to DKC.” 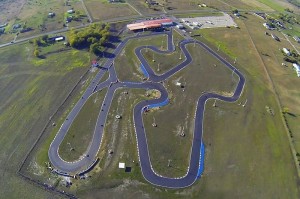 Dallas Karting Complex is set to host the 2014 Superkarts! USA SpringNationals on May 2-4 (Photo: DallasKartingComplex.com)

Superkarts! USA has secured two host hotels for the SpringNationals weekend in Texas. The city of Greenville is roughly 11 miles northeast of the Dallas Karting Complex, with ample amounts of national food chain restaurants and stores along with many local establishments to serve racers’ needs throughout the weekend. Best Western Monica Royale Inn & Suites is the primary host hotel for the SpringNationals, featuring regular hotel rooms along with suites, each room including over 50 HD channels and a complimentary breakfast. The second site is located across the road at the Holiday Inn Express & Suites Greenville. Guests can enjoy the outdoor pool after a long day at the track, as well as the amenities expected at the popular hotel brand. Reservations can be made by call-in only to each location with the group name ‘Pro Tour SpringNationals’ – starting Saturday, March 15. Rates at each hotel will be $79 for a standard room (1 king or 2 queens) and $92 for a suite (1 king plus sofa sleeper) for both the SpringNationals and Texas ProKart Challenge weekends.

The SpringNationals will precede the 2014 SKUSA Pro Tour SummerNationals – set for the new Modesto Grand Prix in Northern California on August 1-3. The City of Modesto and Superkarts! USA have partnered to put on a three-day grand prix through the streets of the downtown area. The SKUSA SuperNationals XVIII will close out the 2014 Pro Tour on November 19-23, once again outside the Rio All-Suite Hotel & Casino in Las Vegas.