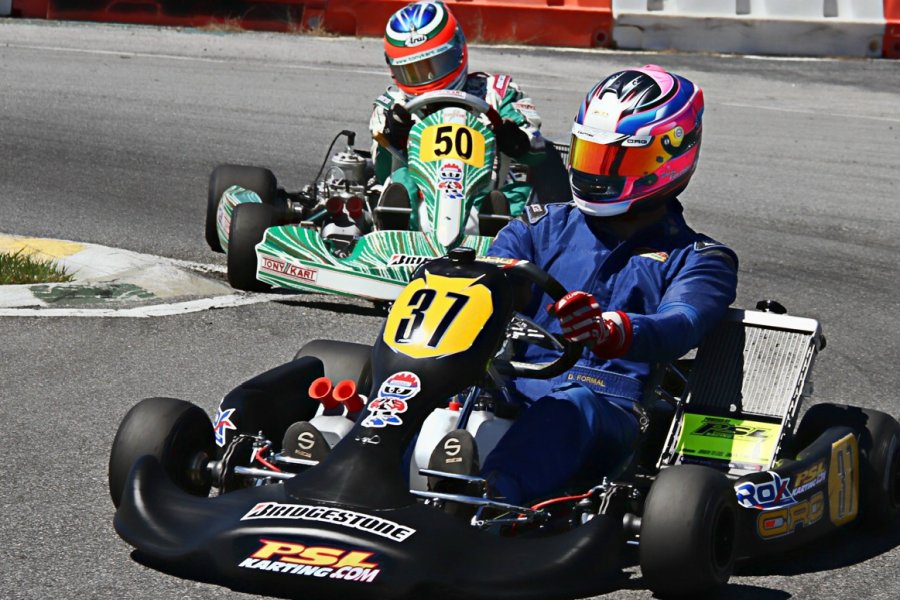 The first race of the 2014 ROK Cup USA series proved to be one for the history books!  Helicopters, fireworks, and a new track record will be just a few of the things to open up the new championship season. The event succeeded in kicking off the race series with a bang, and establishing the ROK Cup USA series as the place kart racers will want to be in 2014.

The two-day race weekend officially started with a traditional driver’s meeting.  However, the 2013 ROK Cup USA champions arrived like rock stars, or as Andre Martins, Director of ROK Cup USA Operations, would say, ‘ROK stars’.  Drivers arrived in a private helicopter that landed inside the facility on the infield of the racetrack, in front of an audience full of all their racing peers.  Martins explained, “We want all our drivers to feel like VIP’s, and our champions to be treated like champions.”

Sunday’s racing continued with a third heat race, Prefinal, and Final.  The checkered flag for each class was declared with the launch of fireworks, as racers crossed the finish line.

The ROK shifter class combined both Masters and Seniors, for a stout field of 30 karts. The grid showcased some incredible talent, including the entry of four-time World Champion KZ racer Alessandro Piccini from Italy.  Piccini, who celebrated his 50th birthday over the weekend, showed the young guns that he was a force to be reckoned with, and that age is only a number.  However, it was ROK Senior Shifter racer AJ Myers, who threw down the gauntlet earlier in the Prefinal, setting a new track record of 50.893.  Unfortunately, Myers lost his chain the in the Final, and suffered a DNF.  Daniel Formal took the top step on the podium, while Piccini took second, and Canadian Zachary Claman De Melo was awarded third.  In the Master ROK Shifter class, Kurt Mathewson took first, while Gonzalo Aponte earned a second-place finish, and Chris Bany was awarded third.

The ROK GP Junior class was won by Luis Jose III Forteza, with Austin Garrison capturing second, and Mathias Ramirez rounding out the third spot.  Forteza was a force to be reckoned with, winning all three heats, Prefinal, and Final.  Mathias Rameriz, the 2013 Mini ROK Champion made a great showing in his first year as a Junior and will be a contender to watch this season.

Oliver Askew clinched the ultra competitive ROK GP Senior victory, followed by Kyle Kirkwood in second, and Dan Roeper in third. Askew, who was recently named one of the top-five Senior drivers in the country, backed-up his ranking by winning two of the three heats, the Prefinal, as well as, the Final. 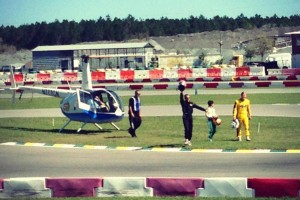 The first position in the ROK GP Master class was won by Francois Brun-Wibaux, with Michael Horton Sr. in second. Brun-Wibaux started the weekend on a new chassis and new brand taking his PCR kart to victory.

The Mini ROK class was won by Queensland, Australia driver Lochie Hughes. Teammate Lachlan DeFranceso and he were the dynamic duo for most of the race weekend, but troubles late in the day would put DeFranceso fourth in the final.  Gianluca Petecof, driving the AM chassis, started off slowly but gained two third-place finishes in the heats and a second in the Prefinal. Devin Boutot finished in third by a mere 0.027 of a second, capturing fastest race lap on a straight with his out-of-the-box ROK motor package.

The debut of the Micro ROK class, for beginning drivers ages 7-9, was fantastic.  These young drivers gained invaluable racing experience, and illustrated great racing potential.   First place in category was Chase Heffner, with Ugo Ugochukwu in second, and Gabriella Ramirez in third. Ugochukwu made the journey from his home track OVRP in New York to contend in Micro ROK.  Both Heffner and Rameriz are moving up from the Kid Kart division this year.

Don’t miss the exciting action at the next 2014 ROK Cup USA race, which takes place May 24-25 at the Homestead Karting facility in Miami, Florida.

For more information, please visit ROKCupUSA.com or on Facebook