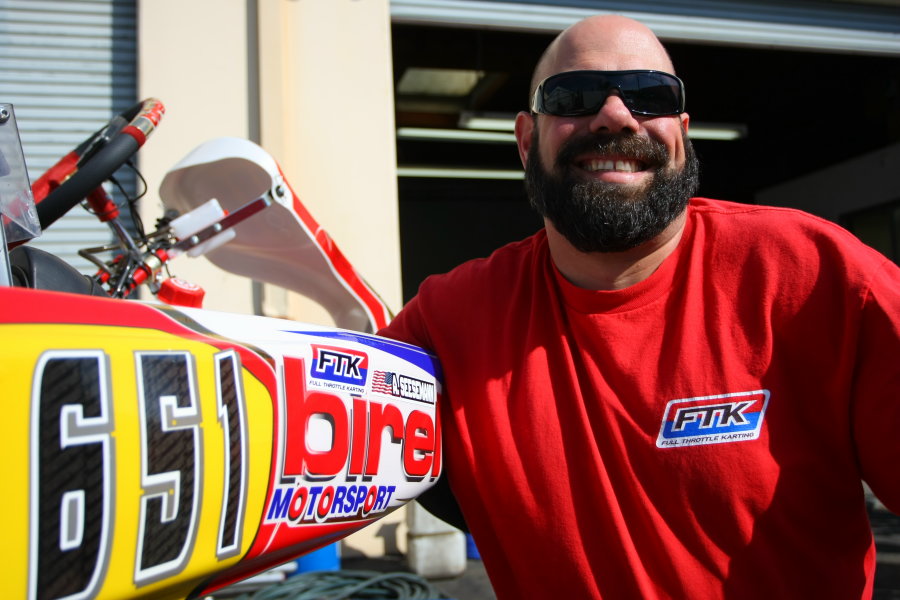 Andy Seesemann and Full Throttle Karting is rekindling their relationship with Birel in 2014 (Photo: SeanBuur.com)

Full Throttle Karting (FTK) is Southern California’s full service kart shop focused on the TaG and Rotax divisions, and promotes the sport through a highly-visible retail storefront in Orange, CA.  FTK owner Andy Seesemann’s operation has focused on the popular Arrow brand for the last several years, with much success, and is now happy to announce that the shop will be rekindling its support of the iconic Birel brand, welcoming the full line of 2014 products on the showroom floor.  Full Throttle Karting began as a Birel dealer in 2002, and has supported the brand and it’s Birel customers since that day. During the years of 2005-2008, more than 100 Birel karts were sold each year in Southern California, and these racers always needed support, both at events and between races. FTK has always had stock on hand to support Birel racers. In 2010, Seesemann moved his focus toward the Arrow brand, while still carrying the Birel product line. With three successful seasons of promoting the Arrow kart on the West Coast to the shop’s resume, Seesemann is excited about the new Birel line that is hitting the United States, adding the Italian marque alongside the venerable Australian brand.

“I started a conversation last fall with Ronni Sala, the owner of Birel, about their future plans,” commented FTK owner Andy Seesemann. “He told me they were working hard to design and build a kart that was good on Mojo tires, as well as softer compounds like the MG. That conversation carried on through the SuperNationals and I received a chassis to test. I was very pleased with the results of the RY30-S6, their new Rotax/TaG kart. Now, we’ve decided to help rebuild the brand here in Southern California.” 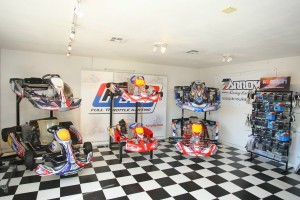 The full lines of Arrow and Birel karts are available at Full Throttle Karting in Orange, California (Photo: SeanBuur.com)

Birel is one of the iconic brands in the sport of karting, and is among the early manufacturers in the sport, dating back to the late 1950s, building chassis at their manufacturing facility in Lissone, Italy. The brand has earned countless victories and championships worldwide, featuring names like Mike Wilson, Gianluca Beggio, Mika Hakkinen, Robert Kubica, and Juan Pablo Montoya. Birel has always made high-quality Cadet models, most recently dominating the racing on the western coast of the United States. New updates to the Birel chassis line for the younger drivers have already been proven with four straight Micro Max victories at the Rotax Challenge of the Americas program with the new Birel C28-R.

“The success of the Birel Cadet models will allow us to open up more to the young drivers in the sport,” added Seesemann. “Josh Huff, a national-level Cadet tuner with years of experience, will lead the charge with the young driver program with Birel and FTK. We look to continue supporting and growing the Arrow brand as well, as we garnered a number of race victories and championships over the past three seasons. Carrying the two different brands will provide options to both new and current customers, depending on their different preferences and needs.”

Full Throttle Karting is gearing up for a busy 2014 season, supporting drivers of all ages in both the Birel and Arrow brands, as well as FTKRotaxEngineServiceCenter racers. Drivers can find FTK trackside at the new So-Cal Rotax Challenge and at the United States Rotax Grand Nationals at the MillerMotorsportsPark in July, along with Los Angeles Karting Championship events at the CalSpeedKartingCenter.

For more information on the full Birel and Freeline product line available, be sure to check out fullthrottlekartingshop.com.