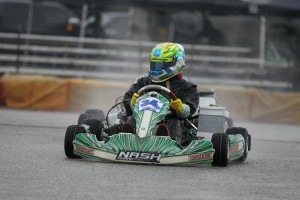 P1 Engines continues to march through 2014 claiming race wins, pole positions and podium results along the way. Taking part in both the ProKart Challenge California program and the annual Texas Lone Star Grand Prix, the California-based engine builder racked up two main event victories and countless podiums this past weekend.

“After the first round of the ProKart Challenge program, I was wondering how we could improve on our six heat race wins,” explained Jesus Vasquez, Owner of P1 Engines. “Well, we did it in round two by taking all six wins again, but this time with six different drivers on five different teams.”

Taking place at Willow Springs Kart Track in Willow Springs, California, P1 Engines continued to make their presence felt. Taking the pole position in the TaG Junior field with Royal McKee, the talented junior went on to take the heat one victory ahead of fellow P1 Engines powered competitors Christian Brooks in second and Colby Dubato in fifth. Heat two would see another P1 powered driver cross the line first as Phillipe Denes would finish just ahead of McKee.

P1 Engines would dominate the main event, as Brooks would take the victory ahead of Justice Lepe, and McKee. Gary Lyles would come home fifth with Dubato sixth. P1 Engines pilot Phillip Denes would score the fastest lap of the race as P1 Engines powered drivers finish first, second, third, fifth and sixth.

Dante Yu would start his event off strong as he claimed another pole position for P1 Engines in the TaG Cadet division. Falling to third in heat one, Yu would have a strong drive in heat two to take the win. P1 Engines Oliver Calvo would take the heat one victory but fall to fourth in heat two. The main event would see Calvo score the best result of the P1 powered customers with a third place podium result with Yu and Hayden Wagner finishing sixth and eighth respectively.

P1 Engines powered Austin Elliott would be the driver to beat in TaG Senior as he would score a first and a second in his heat races. Swapping spots with Sonny Cervelli who mirrored Elliott’s results, the duo would be a threat for the victory in the main event. Elliott, taking fast lap honors, would end his day with a second place result while Matt England and Cerevelli would claim top-ten finishes in eighth and tenth.

Halfway across the country at the Texas Lone Star Grand Prix, Riley Dickinson would fly the P1 Engines flag at the annual street race event. Claiming the pole position in the TaG Cadet division, the P1 driver would score the heat race victory but fall to second in the main event. Leading the way at the end of the day would be another P1 Engines powered competitor as Ethan Arndt turned his second place heat race result into a main event victory and celebrated on the podium.

P1 Engines will make the cross country trek next week to rounds five and six of the Florida Winter Tour at the OrlandoKartCenter in Orlando, Florida. With engines available for rent, interested parties are asked to contact P1 Engines to reserve yours today. P1 Engines will also make the quick trip back home on Saturday afternoon to be onsite at the LAKC event Sunday in California.