WSK ‘Double’ Start at La Conca for the 2014 Season 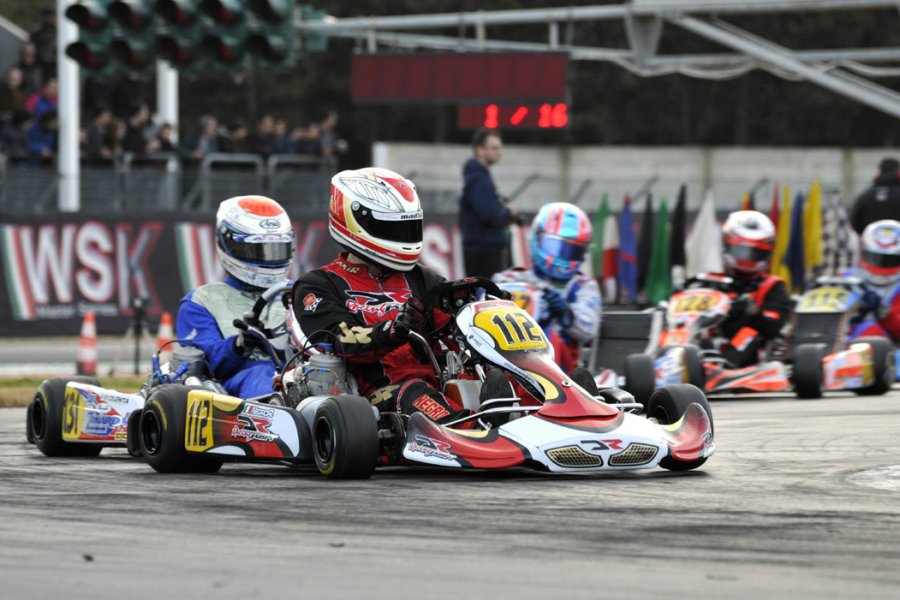 The international circuit La Conca is ready to host the 2014 opening event of WSK Promotion karting season. The WSK Champions Cup is taking place on the racetrack of Muro Leccese next weekend from Thursday 27th February to Sunday 2nd March. All the international top drivers are going to challenge each other in this ‘double’ event to be held on two consecutive weekends on the same circuit. In fact, after the first round – with the finals scheduled on Sunday 2nd March – the second and last round will follow shortly from 6th to 9th March. Two events on a tight schedule, separated by few days: the final standings will be decided summing up the points scored by each driver in the Finals and the Pre-finals of both the rounds. This how the WSK Champions Cup works; the event has been holding the stage in Muro Leccese for the last few weeks, with its long session of free practice. 200 drivers have been involved: all the entrants to the event, who have booked the whole facility of La Conca until mid-March.

The great show of karting at La Conca
Both the rounds of the WSK Champions Cup have got the same schedule: free practice on Thursday and on Friday and qualifying on Friday afternoon. The heats are scheduled on Saturday, while all the Prefinals are on Sunday morning. Then, on Sunday afternoon, the Finals. After the end of the first round on 2nd March, the second and decisive event follows closely: on Thursday 6th March it is already time for the free practice of the last round, while the Finals are scheduled on Sunday 9th March. The WSK Champions Cup is reserved to 4 categories: the 60 Mini, for very young drivers who can already challenge each other at international level at the age of ten; KF Junior, for the more experienced 13-year-old drivers who dream of moving to KF, the top category where all the most skilled drivers are. Finally, all the top drivers will challenge each other in the KZ2 category, behind the wheel of powerful 6-gear karts.

A parade of stars in Muro Leccese
Colourful flags coming from all over the world are waving in La Conca circuit: the 200 entrants to the event come from 30 different countries and they are all ready to do their best on the 1,250 metres of the racetrack of Muro Leccese. There are drivers coming from North and South America, from Asia, from Africa and, of course, from most of the European countries. There are a lot of drivers coming from eastern Europe, with an outstanding presence of 24 Russian entrants. There are drivers from the Middle East, from Bahrain. The battle among the 40 drivers of the 60 Mini is going to be thrilling. The Spanish Eliseo Martinez (CRG-TM-Vega) is racing in KF Junior after his double success in the 60 Mini category in the 2013 WSK Euro Series and WSK Master Series. Among the 70 entrants to the KFJ is Giuliano Alesi (Tony Kart-TM-Vega), assisted on track by his father Jean, unforgotten Ferrari F1 driver. In KF there are 50 drivers. The category sees the participation of two world champions: the English Tom Joyner (Zanardi-Parilla-Dunlop), reigning World Champion of the category, and the Italian Alessio Lorandi (Tony Kart-TM-Dunlop), in the ascendant after the world title conquered last year in KFJunior. The world titles among the 30 drivers of the KZ2 are numberless, sewn on the outfits of drivers such as the Belgian Jonathan Thonon (Praga-Parilla- Bridgestone) and of the Italian Marco Ardigò (Tony Kart- Vortex-Bridgestone) and Davide Forè (CRG-TM- Bridgestone). Also Riccardo Negro (Top Kart-TM-Bridgestone), who will be racing on his home circuit, aims at success, galvanised by his victory of the 2013 WSK Euro Series.

La Conca on video
While Rai Sport has already scheduled on next week the delayed broadcast of the Final races, WSK Promotion is preparing the live web coverage for Sunday’s races, starting from the Prefinals to the program’s end, on the official website www.wsk.it