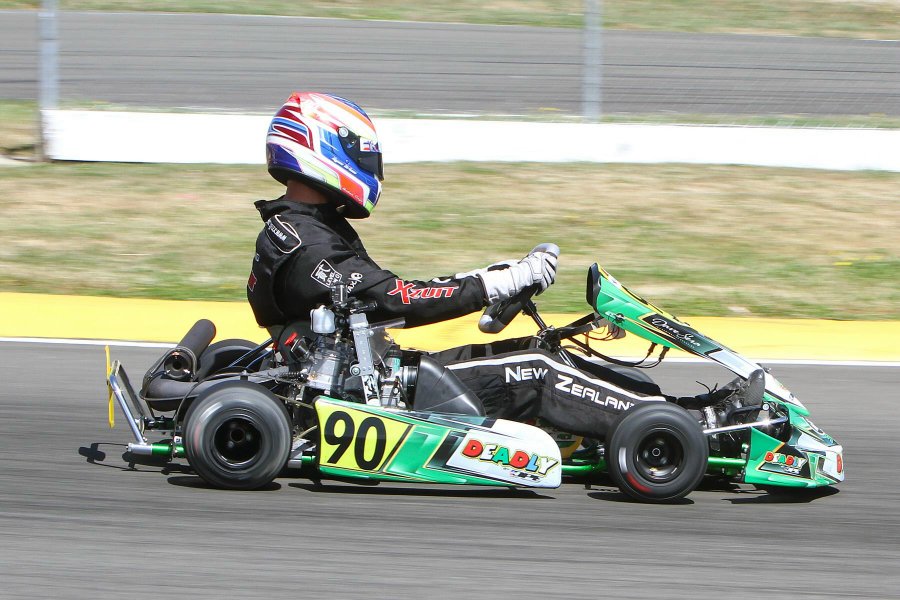 Ryan Urban (#90) proved too good for the competition in the combined Platinum Glass Rotax Heavy &Masters categories at the opening round of this year's Rotax Max Challenge in Palmerston North over the weekend (Photo: Fast Company/Graham Hughes)

At age 11 he won the 1993 New Zealand Midget class title. At the age of 27 he won the 2009 New Zealand Rotax Max Light sprint title. And now – at the ripe old age of 32 – he has just claimed his first Masters class victory.

Some victory it was too, the Auckland driver qualifying quickest and winning all four Platinum Glass Rotax Max Heavy/Masters class races at the opening round of the 2014 Rotax Max Challenge New Zealand supported by Schwarzkopf Professional in Palmerston North over the weekend.

Urban was one of three Rotax Challenge New Zealand class winners at the meeting, but the only one to come away with a clean sweep. 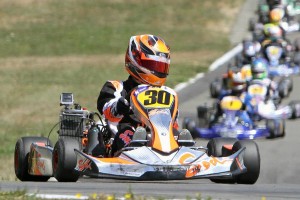 It was too close to call, meanwhile, in the Arai Rotax Junior class with Hawke’s Bay driver Trey Nairn beating Kartsport Manawatu club members Dylan Drysdale and Michael McCulloch to the top spot in qualifying and Drysdale and Nairn sharing heat wins before McCulloch took over to win both the Pre-Final and Final.

Defending class title holder Marcus Armstrong from Christchurch showed plenty of pace, particularly in the Pre-Final but had an early exit in the Final when his kart threw a chain.

The other Australian driver contesting a Rotax class, 16-year-old Jordan Boys from Albury on the Victoria/New South Wales border, did well to qualify seventh and work his way up to fourth in each race and was leading the Pre-Final when a broken chain put him out.

The weekend’s Rotax Max Challenge New Zealand round was the first of six with KartSport Rotorua hosting the second at The Rock FM Raceway in the MamakuRanges over the March 15-16 weekend. 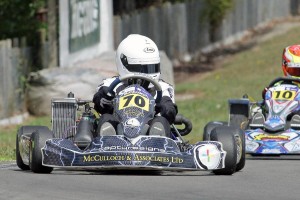 New face on the top step of the podium in the Arai Rotax Junior class was Michael McCulloch from Waikanae (Photo: Fast Company/Graham Hughes)