Dale’, Lorandi and Colombo Quickest at the 19th Winter Cup 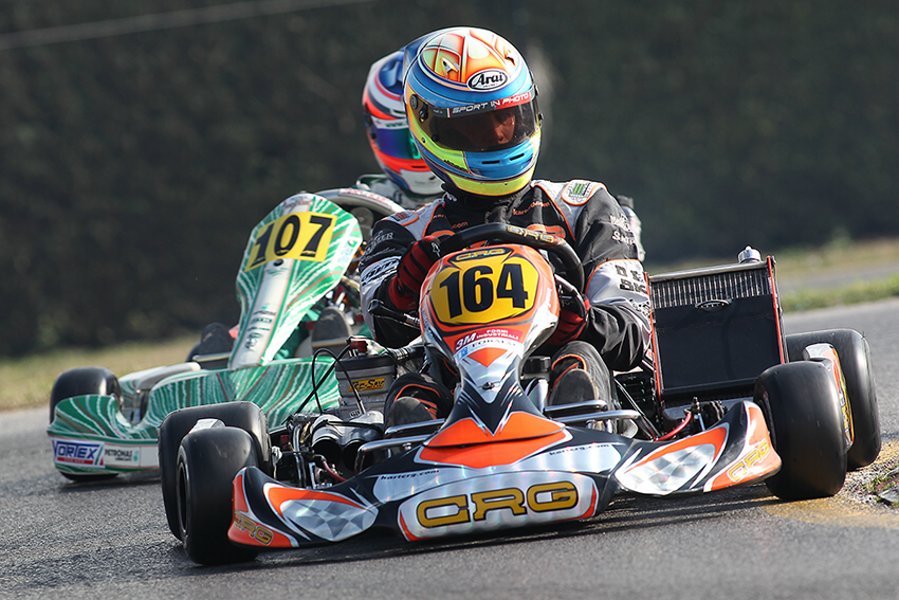 Lonato del Garda (Brescia, Italy). Sportive verifications and qualifying started the 19th Winter Cup, the race that marks the opening of the karting international season which is going to have a preview of what can be the protagonists of the whole year this weekend.

208 drivers have been verified in the three categories KZ2, KF and KF Junior and, after the first two days of Wednesday and Thursday devoted to free practice, the track gave its first official verdict today in qualifying.

LORANDI IN KF:
The new KF Junior World Champion Alessio Lorandi (Tony Kart-TM-Bridgestone) came to the fore in KF where he clocked the fastest time of qualifying in 44”165. Very good performance by Felice Tiene (CRG-TM-Bridgestone), who was the fastest of his session but was fifth overall behind Diego Bertonelli (Zanardi-Parilla-Bridgestone), the Russian Egor Stupenkov (Energy-TM-Bridgestone) and the Dane Niklas Nielsen (Kosmic-Vortex-Bridgestone).

The victories in the two heats of KF Junior went to Daniel Ticktum (Zanardi-Partilla-Vega) and to the Russian driver Alexander Vartaynan (Tony Kart-Vortex-Vega).

The programme of the Winter Cup will continue on Saturday 22nd February with all the qualifying heats that will delineate the starting grid of Sunday’s final stages.

All information on the race are available at the website www.southgardakarting.it