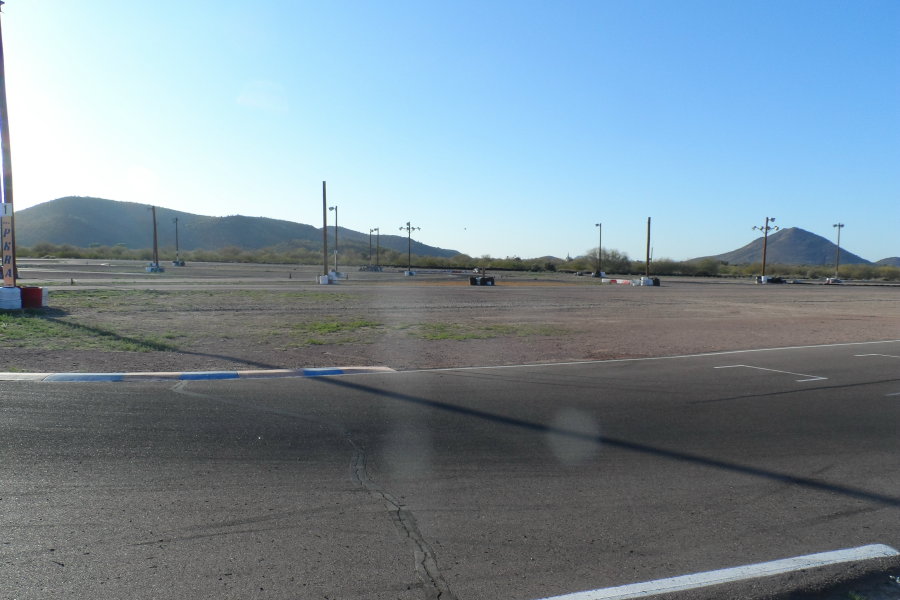 EKN’s Paddock Insider brings you notes, updates and breaking news as it happens. The article will be a timeline of events as they happen during the Rotax Challenge of the Americas opener at the Musselman Honda Circuit in Tucson, Arizona. The information will not be seen anywhere else, including notes, interviews and photos. For complete coverage of the Rotax Challenge of the Americas, visit the EKN Event Page. Please feel free to comment and discuss our coverage and today’s action in the EKN Global Members Discussion area below:

Picture Perfect
That’s how you describe weather in Arizona, especially every time we visit the PKRA facility. A few times in the summer, it can get really warm, but February is the perfect time of the year with temperatures set to be in the high 70s, low 80s with clear skies. The Tucson weekend was great as well in January, the only question moving forward will be what will hit Sonoma. Typically, it’s been a rainy weekend every time the Challenge has visited. Moving to early April could help decrease the chance of rain. 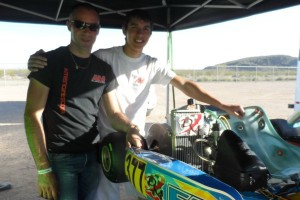 DeLaO to FA Kart
Home track has its advantages, as we’ve seen in the past and former series champion Phil DeLaO is among the best here at the PKRA facility. A multi-time winner at the circuit while competing in the Challenge and other traveling programs, DeLaO is sure to be among the contenders in Senior Max this weekend – currently sitting second in the championship standings. The Phoenix area resident is carrying different colors this weekend, piloting a FA Kart purchased from KartSport North America a few months back. His trip to Tucson last month was a last minute deal, and KSNA manager Eric Jones put together an Arrow package – which resulted in the opening round victory. This weekend, he’s teaming up with old tuner Ariel Castro at AM Engines as they look to earn two more victories on the weekend. 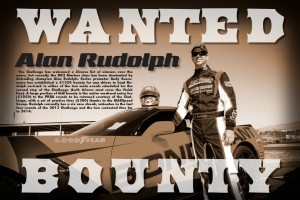 Bounty-less
A bounty of $1350 was offered up in the DD2 Masters category this weekend by the Challenge to any driver who could beat defending champion Alan Rudolph on track. No one stepped up to the plate to take on the veteran at his home track, and thus the free entry and tires will go unclaimed. Series promoter Andy Seesemann is looking to offer it up again for the finale weekend in Sonoma. One name that came up in some discussion Thursday night was that of Michael Valiante. One of the top karters from the last twenty years, the 34-year old Canadian would be a perfect match and rekindle some of the old races they had in the past. Talking with Rudolph, some old school names of Scott Evans and Scott Sellegren from his Midwest street racing days are some names came to mind, but more recent racers such as Darren Elliott and Kyle Martin could put up a challenge for the two-time Team USA member. 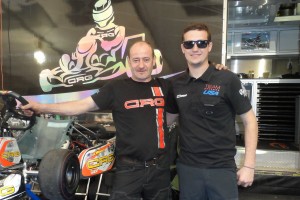 Development – Stage 2
Two-time Team USA driver Joey Wimsett is in development mode with the CRG line under the CRG-USA tent this winter. The SKUSA Pro Tour S1 Pro Stock Moto champion has the shifter program handled, now he’s racing and testing in Senior Max to help build some data for the race team. Last month, he drove the 30/32mm Blackstar in Tucson, finding pace similar to the leaders by the end of the weekend. Now, he’s piloting the KT1 30mm frame, and has the help of lonetime CRG mechanic Franco Bologna – or ‘Bola’ as everyone knows him. Bola is not only helping Joey, but the entire CRG-USA team this weekend in all categories. Joey’s happy with the pace this weekend, as he and Bola are working to find common ground on setup choices.

First on Friday
Bounty or not, Rudolph (CRG) is not taking this weekend lightly as he recorded the quickest lap of all DD2/DD2 Masters competitors. His 45.109-second lap was the fastest by over a tenth to top DD2 driver Bailey Murphy (Tony Kart) – also a local driver. The DD2 field is going to be close again, with the top four separated by just four tenths. Payton Durrant (Birel) found some extra speed over the break as the Mini Max rookie was quickest in the final session on the day. Tucson winner Jacob Blue Hudson was second quickest, as he is gunning for another notch in the win column this weekend. Former series champion Louie Pagano (Birel) has two things missing from his resume, a Challenge Senior Max race win and championship. The first is the mission this weekend, as a win or two will put him back in title contention. Leading final practice, Pagano will be among the contenders all weekend. Micro Max is close up front, with four drivers within the a tenth of a second.