Double Dutch for CIK Stars of Karting Opener in Ipswitch 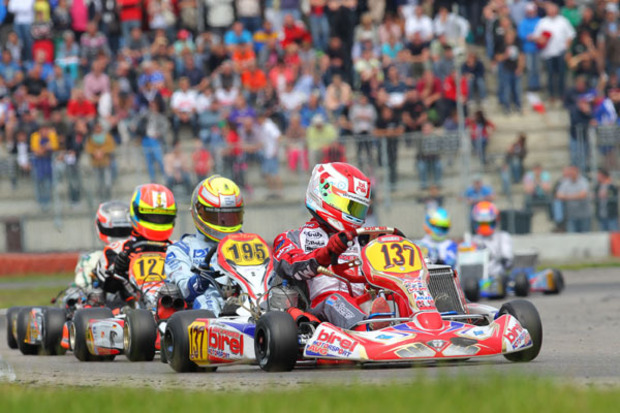 Marijn Kremer will line up with the Patrizicorse team in Ipswich
(Photo: kartphoto.com) 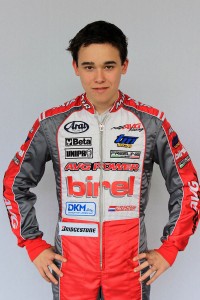 Next month’s (March 28/29) opening round of the 2014 CIK Stars of Karting Series presented by Castrol EDGE in Ipswich, Queensland will see a pair of Dutch drivers on the grid for the first time in the elite championship’s history.

Reigning KZ2 Champion Joey Hanssen will return from the Netherlands early next month to begin his title defence, alongside him on the grid will be fellow countryman Marijn Kremer.

Kremer will line-up with the Patrizicorse outfit that is headed by Porsche Carrera Cup driver Michael Patrizi. The 16 year-old will compete aboard the Italian-made Birel S6 chassis powered by IAME screamer engines.

Kremer, 16, has been racing for the last 10 years throughout Europe with 2013 being somewhat of a breakout year for the Dutchman where he ran inside the top ten at the International KZ2 Super Cup in France. He also finished tenth in the WSK Euro Cup.

“From what I hear, the level of competition in the Series is very good and is continuing to improve. I’m really looking forward to racing in a new country to further my experience,” said Kremer

“I’m very happy to get a chance to drive in Australia. I’m confident that we will do well and can get on the podium with Patrizicorse.”

Kremer will compete in the Winter Cup with the Birel factory team this weekend at the Lonato circuit in Italy where 83 drivers are entered in the KZ2 Gearbox category. During March, he will then contest the two-event WSK Champions Cup and opening round of the WSK Super Master Series in Italy before jetting to Australia.

“Marijn has been talking with us for some time and we are excited to have such a young talented driver come all the way to Australia to race with our team,” said Patrizicorse Team Principal Michael Patrizi.

“He is a young very talented driver that has, especially after last year, crept high on the radar of the factory teams and this year has support from Birel.

“Marijn is looking for as much experience in kart racing throughout 2014 and the CIK Stars of Karting Series here in Australia thankfully fits into his schedule.

“I’ve always enjoyed working with the younger drivers as the hunger to succeed and the effort that they put in is second to none and all they want is a result every time they go racing. It’s the same mentality I put into my team.

“Marijn will already have the Winter Cup and some WSK races under his belt before he lands here to race with us, he will be very race fit and mentally prepared which is what a driver needs if he wants to succeed. It’s very exciting that a young guy with so much talent wants to come to race with Patrizicorse in Australia, that shows me his committed.”

Joining Kremer under the Patrizicorse banner will be Daniel Currey in KZ2, Brock Kenny in KF-Junior and Courtney Gough TAG Light for all rounds of the championship while Holly Patrizi and Hayden Patrizi will make guest appearances of in TAG 125 Light and KZ2 throughout the five rounds.

The CIK Stars of Karting Series presented by Castrol EDGE features the three international classes of KZ2, KF and KF-Junior while also incorporating a Challenge for the TAG 125 and Rookie classes across a five round championship.  The Restricted 125 class will also be a part of the action at each round.