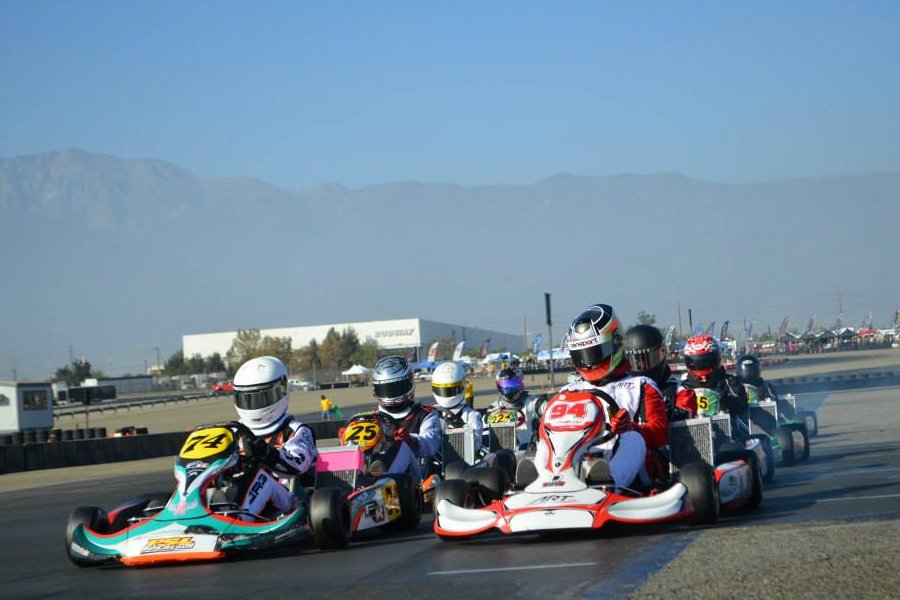 The Los Angeles Karting Championship is poised to host another sensational season of racing in 2014. The organization will have its season opening race Sunday, February 9, returning to the CalSpeed Karting Center located just outside of the Auto Club Speedway in beautiful Fontana, California. CalSpeed is where the series has enjoyed many years of fantastic racing in a great environment with great local support. Coming off the program’s most successful season in over 10 years, the LAKC is certainly proud of their current status and is striving to make 2014 even better.

“Last year was such a great year for all of us here at the LAKC,” Chris LaTorre, president of the LAKC commented in preparations for the new season. “Everyone from the racers, teams, family and the staff at the LAKC enjoyed the historic 2013 season and we are ready for a bigger and better 2014. We are particularly excited about the introduction of several new classes.”

Just as years before, the LAKC is stepping up when it comes to rewarding their racers better than any other series in America. The 2014 purse for LAKC racers is valued at over $34,500. The LAKC will be offering Instant Cash payouts to three groups of classes at each of the series nine race weekends. Group one is made up of PRD Junior 1, PRD Junior 2 as well as PRD Senior and PRD Master. Each of the four classes will see three payouts this season, with $120 up for the winner, $100 for second place, $75 for third and $50 for fourth place. Group two is the Open Shifter class and group three is the S1 Stock Moto class. At each of the nine races this season drivers in those classes will compete for cash. $200 will go to the winner, $100 to second place and the third place driver will have their next race’s entry fee paid for them.

The LAKC is very proud to announce the inclusion of several new classes to the schedule in 2014. Along with the addition of S1 Stock Moto and S5 Junior Stock Moto for shifter racers, LAKC has added TaG Master and a Junior 1 Comer Pilot class. The addition of the S5 class comes after a strong and positive response to the club’s Facebook page at the end of last season when the question of local interest in the class was purposed. S1 has been added to offer LAKC premier shifter drivers such as Billy Musgrave and Lloyd Mack a place to show their skills. TaG Masters is expected to see strong entry numbers at each race weekend this coming season with plenty of notable racers in Southern California to come join in the fun. The Junior 1 Comer Pilot class will serve as a learning class for first year drivers in the cadet ranks.

The Los Angeles Karting Championship also announces changes in the way of a new spec tire in 2014. After numerous test sessions throughout the off-season, the LAKC will be installing the Vega FH as the club’s spec tire in 2014. The club feels the move is a superb addition to their program, as new tire provides club members the most bang for the buck when it comes to tire wear and life of the tire, while also providing a stronger compound with more grip that well ensure fast, close and exciting racing each and every time an LAKC class of karts hits the track. In regards to the Superkarts! USA classes that run as part of LAKC’s program, those racers are still competing on the spec MG tire mandated by SKUSA.

“The Los Angeles Karting Championship continues to grow and strengthen our relationships in the karting community with other major series,” added LaTorre. “The addition of S1 and TaG Master adds to the Superkarts! USA categories we offer, and our partnership with PRD-USA and the International Karting Federation is evident every year as the club continues to grow in diversity, which in turn brings better racing for the drivers and the teams.”

The LAKC kicks off its 2014 season the second weekend of February, hosting a nine round season with one race taking place each a month until October. For more about the Los Angeles Karting Championship, please visit LAKC.org and Like them on Facebook.