Weather continues to be factor for opening weekend of series 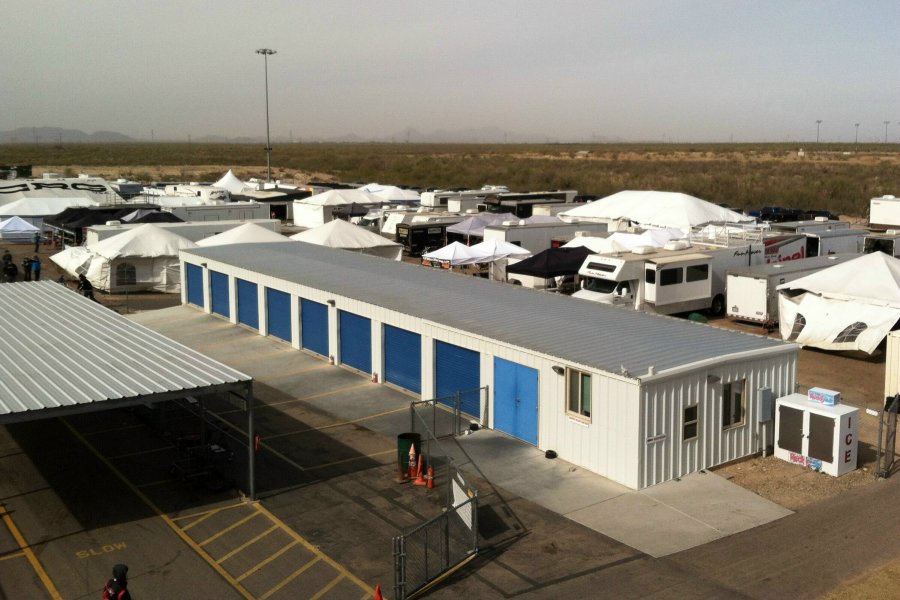 EKN’s Paddock Insider brings you notes, updates and breaking news as it happens. The article will be a timeline of events as they happen during the Rotax Challenge of the Americas opener at the Musselman Honda Circuit in Tucson, Arizona. The information will not be seen anywhere else, including notes, interviews and photos. For complete coverage of the Rotax Challenge of the Americas, visit the EKN Event Page. Please feel free to comment and discuss our coverage and today’s action in the EKN Global Members Discussion area below: 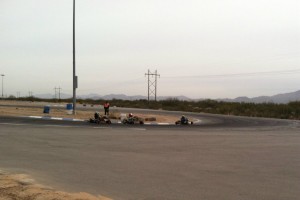 Strong Numbers, Strong Winds
Just over 130 drivers are in attendance for the opening rounds of the Challenge. Growth in the Mini and Micro Max categories are the highlight of the entry lists, with Masters at the 20 driver mark as well. Weather is always an issue when coming to Tucson. This year, it’s warmer than the 50 degrees, but the wind is considerably stronger, with consistent gusts over 20 mph. Dust is collecting under the tents, but thankfully no dust storms have stirred up on the track.

New Pavement Added to Circuit
The Musselman Honda Circuit added some pavement to the facility. On the east side of the property, there is two rental kart areas for visitors to enjoy. The main course now has paved run-off room at the exit of turn one. A straightaway was added between turns one and three, used for drifting event and other events. This new pavement adjusts the exit points for turn one and three. Turn one allows more run-off before you reach the original pavement, allowing for a bit of more speed on the exit. Same with the turn three, as the new straight connects to the original track. This allows for more run-off space as well. Talking with defending DD2 Masters champion and veteran Alan Rudolph, the new pavement won’t be a factor, but allow someone to regroup should they make a mistake, or get pushed off line. 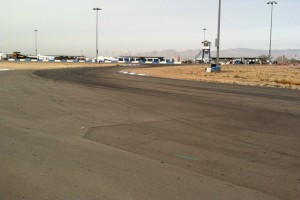 Big Names Continue to Fill Fields at The Challenge
The fields at the Challenge continue to grow year after year, and with that come a number of familiar names we see throughout the season. Senior Max is loaded again, with a number of top drivers from throughout the country. 2011 series champion Phil DeLaO was a late entry, joining up with KartSport North America and Arrow. He ran two events last year, scoring a victory at each. Pro Tour standouts Jonathan May and Travis Lowe are joining the fight as well. In Junior, there are a number up and coming drivers, with Florida’s Christian Munoz making his Challenge debut. Also coming from the east is DD2 driver Gavin Reichelt, pitted next to PSL Atlantic teammate Alan Rudolph.

Rookie Class Now in Session
With the new year comes new challenges, and that is more obvious with drivers making the jump to the next level. Those in Mini Max moving to Junior adjust to a bigger kart and faster speeds. Lap times showed the new graduates were up to speed right away, with a number of rookies near the top of the time sheets. Sting Ray Robb (Tony Kart) was quickest in the final Junior Max session, with fellow rookie Horatio Fitz-Simon in in fourth. Jim McKinney and Luke Selliken were second and third in Senior Max, adjusting well to the D2 tire after running the harder D1 rubber in Junior.

Top Drivers on the Day
As mentioned, Robb was the top driver in the Junior Max to start off the day, with Kyle Wick joining his Northwest driver at the top of the time charts. Jacob Yesnick (Birel) led a competitive Micro Max field in the final practice, as did Griffin Dowler (Tony Kart) in Mini Max. Returning back to Masters Max, John Crow (Tony Kart) was the top dog as the Masters group hit 19 drivers for the weekend. Leading the Senior Max group was Jake Craig (Tony Kart), with Harrison Mills (CRG) and Alan Rudolph (CRG) quickest in the DD2 categories.