To close out the 2013 season and the GoRotax.com Driver of the Month program, we’ve moved from highlighting a driver to the top series of the year. Last year was a strong season for numbers in the United States Rotax Max Challenge, as a number of series across the country saw growth in membership. Each year, it’s a battle to see who can come away with the most members after 12 months of racing. This year’s honor, and the USRMC top series in 2013, is the Red Line Oil Karting Championship.

The Red Line Oil Karting Championship is the premier regional kart racing series for the Northern California area, contested at the Simraceway Performance Karting Center in Sonoma and the Kinsmen Kart Club track in Dixon. The unique series combines two championship programs into one, offering the Molecule Karting Championship for non-Rotax categories, with the Sanzaru Games NorCal Rotax Challenge as part of the USRMC program. This year, the Rotax series boasted a national best 74 members in the six categories contested.

Event organizer and race director Ric Shaw has been promoting the sport in the NorCal area for over a decade. One of the original members of the Sonoma karting circuit, Shaw was hired to build up the karting program at the facility. In 2004, with the help of Marin Karting, Rotax categories were added to the track series and became an official USRMC the following year. The series continued to evolve and grow, welcoming title sponsor Sanzaru Games. 2009 marked a turning point in the series, as Cameron Karting and Marin Karting merged, with Steve Cameron taking over the role as series promoter and the overall series program renamed Red Line Oil Karting Championship. Sanzaru Games remained the title sponsor of the USRMC portion of the program. In 2011 and 2012, the program was the fifth largest USRMC in the country, growing to the largest in 2013. Don Malony acts as the Race Steward, with Technical Director Jeff Mangus keeping competitors up to USRMC standards. 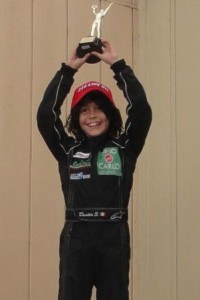 “We have a veteran staff of people who help make sure that each race comes off organized and on time. It is our objective to be as well run and competitive as a top regional series, but still have that club race feel to make the new racers to the sport feel welcome and not overwhelmed,” stated Ric Shaw. “We’ve gone from one Rotax Service Center to now three that support Northern California – Cameron Karting, Cambrian Go-Karts and SwedeTech Racing Engines.”

“To give the racers a different look each month, we ran five different configurations at Simraceway last year, which kept things fresh and new. 2013 was a banner year for the series.  We had very strong participation in the Micro and Mini classes, and one of the largest and most competitive Junior classes in the country, as well as strong participation in Senior and Masters. I’m really looking forward to more growth in 2014.”

The 2013 season began at the end of March, and lasted until the first weekend in November – including 10 rounds of racing. Below are the Sanzaru Games NorCal Rotax Challenge Series Champions for 2013.

Micro Max: Dustin Salaverria
After a slow start, Salaverria went on a podium streak to finish the year with six trips to the steps in eight races. Of the six results, four were victories en route to a championship season. Dustin and series vice-champion Gino Sandoval won a ticket to the Invitational program at the 2013 Rotax Grand Finals. They finished 33rd and 29th respectively. Dustin also won a PS3 and a VRP Test and Tune award.

Mini Max: Horatio Fitz-Simon
It was ‘win or bust’ for Fitz-Simon, who clinched the series championship early. Horatio won the first four main events of the season, seeing his win streak end by a misfortunate disqualification. He bounced right back with three more feature wins. The championship also gave him a ticket to compete at the Invitational program at the 2013 Rotax Grand Finals, where he placed 32nd despite recording one of the quickest laps of the race. Horatio won a PS Vita he can play on the way to the race track, and sport a new Rotax Jacket for his championship prize. 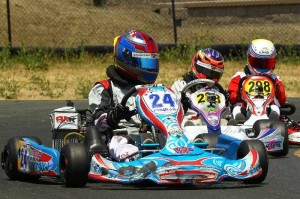 Junior Max: Michael Avansino
It was a successful 2013 season for Michael Avansino, the Junior Max series champion. In just eight races, Avansino was on top of the podium six times. When the final tally was calculated, Michael scored the series championship by 250 points over Jaden Conwright. The championship gave Avansino the opportunity to test a Formula 1600 car with Lynx Racing.

Senior Max: Jarrett Lile
Six wins, including three weekend sweeps put Jarrett Lile on the top spot in Senior Max. After finishing second in 2012, Jarrett was the top driver in 2013, beating out Daniel de la Calle by an astonishing 325 points. Shawn Thomas Racing will provide Lile with a 360 Sprint Car test as his award for the Senior Max championship. 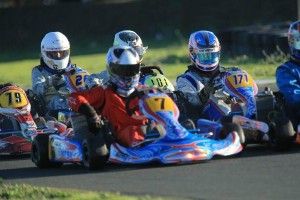 DD2 Masters: David Palic
What was once a strong program for the DD2 Masters category, only two drivers contested the 2013 season. David Palic contested six of the 10 rounds on the year, winning five of the events to claim the series championship.

The 2014 season for the Red Line Oil Karting Championship program will be similar to last year’s schedule, hosting one race a month from March to November. This year, all the events will be at the Simraceway facility, with series officials still looking for an option to include a trip to the Dixon course.