$50,000 in prizes, cash and trophies handed out during December 8 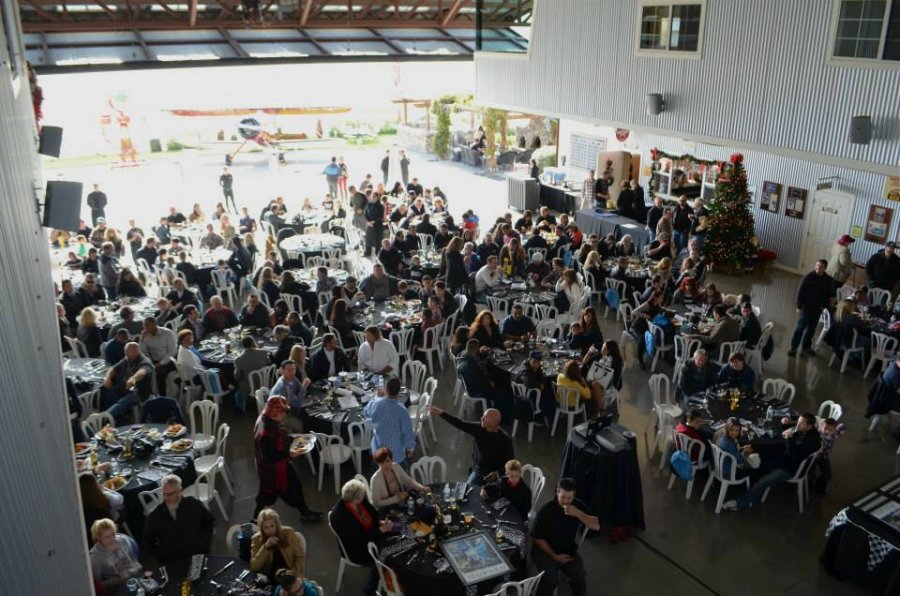 The Cal Aero Aviation Country Club was filled with racers, teams and their families as they celebrated an excellent 2013 season (Photo: LAKC)

Los Angeles Karting Championship drivers, families and teams capped off a terrific 2013 season in fashion the second weekend of December at their championship banquet. Taking place at the Cal Aero Aviation Country club located in Chino, California, the LAKC brass handed out an astonishing $50,000 in prizes, cash and trophies to LAKC racers, families in attendance at the banquet, celebrating the achievements and goals attended by the many who attended the series throughout the 2013 season.

Upon completing the day of celebration, LAKC President Chris LaTorre was very proud of the organization, and of the individuals that make up the LAKC. “What an awesome time our banquet was. The Cal Aero Aviation Country Club was a perfect venue for the event, and everyone in attendance enjoyed it. This banquet was the best way we could cap off one of the best years the LAKC has ever had. Our members are what made this season, and this banquet so much fun. My biggest thanks to them all, and also a huge thanks to all of the LAKC Board of Directors and staff as this year could not have gone off as great as it did without them.”

This year, the LAKC hosted the Dan Wheldon Excellence Team Championship. 15 four-driver teams entered at the beginning of the year. Compiling the finishes each month from each of the team’s three best drivers painted the picture all year of the championship chase. At the end of the season, it was the team of Fleming Racing Engines made up of Ryan Schartau, Johnny Dressler, Joseph Daniele and Justin Hodge winning the team championship. Team owner Fleming Racing Engines left with a check for $2,000 and the championship cup that will be displayed in their shop until the end of next racing season. Second place in the team championship standings was the 2Wild Karting team of Billy and Willy Musgrave, Eric Molinatti and Carlee Taylor collecting $1,200. Lloyd Mack, John Bush, Kasey Gillis and Miles Farhan helped Mack Motorsports leave the banquet with a check for $800 as the team earned third in the championship fight. 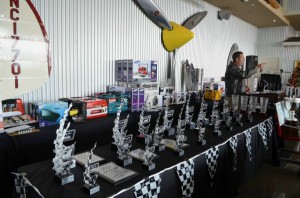 LAKC handed out over $50,000 in prizes, awards, and trophies during the ceremony (Photo: LAKC)

Big cash was handed out in all of the PRD classes thanks to PRD-USA this season. A total of $525 was awarded to the top four finishers in PRD Junior 1, PRD Junior 2, PRD Senior and PRD Grand Masters. Each of the four class champions left with $200 for their winning efforts. Fleming Racing Engines KPV-1 champion Ryan Schartau left the banquet with a brand new PRD motor that was raffled off thanks to PRD-USA.

The year-end championship awards were taken to another level thanks to Superkarts! USA and their support of the LAKC. Jagger Jones won the championship in the OTK Kart USA TaG Cadet class, which earned him a free entry to the 18th annual SKUSA SuperNationals in November 2014, as did the MRC S4 Master class champion Willy Musgrave. Jones also was awarded an entry to the prestigious Rok Cup International Final, held in Italy next October.

A very special part of Sunday’s banquet was when the LAKC took a moment to recognize two racers from the junior and senior classes for ‘Most Improved’ and a ‘Sportsmanship’ award. Each of the four awards honored a past member of the LAKC. Easily the most emotional moment of the afternoon was when fourth place finisher in the Pitts Performance Junior 1 class, Colin Queen was awarded the Art Gutierrez Junior Sportsmanship award. The award was named after LAKC father Art Gutierrez who passed away while at the track the Saturday before the club’s September race. Art’s daughter Maya was on hand to present Colin with the award, and not a dry eye was found inside the Cal Aero Aviation Country Club. Winning the Danny Dodson Most Improved Junior driver was Jonathan Eshom, while Michel Manning won the Dewight Babcock Senior Sportsmanship award and Logan Calvin was named the John Estopellan Most Improved Senior driver. 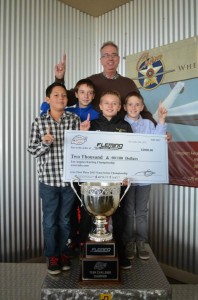 The LAKC takes pride in providing over $7,000 in karting and non-karting related prizes, purchased through the organization’s own funds. Among some of the amazing items raffled off at LAKC’s championship banquet were 24 inch Samsung TV’s, Best Buy gift cards, portable BBQ sets, a Samsung Galaxy Tablet and even a pair of beach cruiser bicycles. Also raffled off was Honda GX50 motor, which was won by Jim Berry.

All in attendance thoroughly enjoyed the efforts of the LAKC put forth to make the year-end banquet so enjoyable, just as the entire 2013 season has been.

The LAKC would like to give special thanks to PRD-USA, SKUSA, MG Tires, Bridgestone-Grand Products, and Courtney Concepts. Also a special thanks to the rest of the LAKC Board of Directors – Joe Stalker, Frank Baldozier, Greg Jackson and Jarrod Bradley for their countless days and hours of hard work for the LAKC.

The LAKC kicks off their 2014 season in just a little over two months when racers return to action at the CalSpeed Karting Complex on February 9, 2014. For more information on the LAKC, including off-season updates and scheduling information be sure to visit them online at www.lakc.org and ‘Like’ them on Facebook at Los Angles Karting Championship.