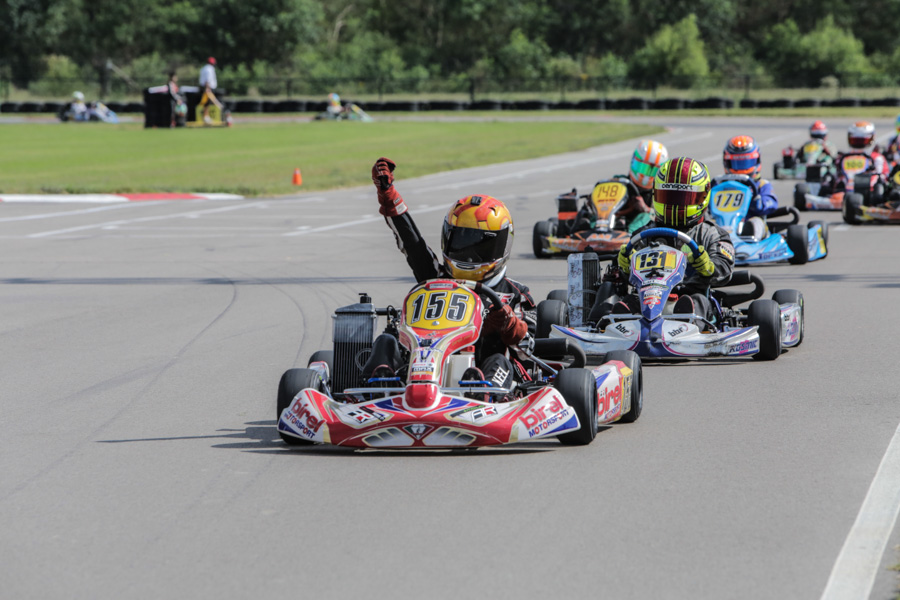 Keel won his way into the Invitational event with a victory at the Pan-Am in Mini Max (Photo: Ken Johnson - Studio52.us)

Hard work and determination is always something to admire of any athlete of any sport. It is not something that can be taught, it is something that lives within us. As the sport of karting evolves, we continue to see this drive within some of the youngest competitors, willing to go the extra mile to achieve their goals. For the youngest competitors of Rotax Max Challenge program in the United States, the biggest goal of the season was to compete at the Micro & Mini Invitational event, held in conjunction with the Rotax Grand Finals at the NOLAMotorsportsPark in New Orleans.

Through their home USRMC programs, drivers qualified to be part of the 36 driver roster in each category. The United States Rotax Grand Nationals, Challenge of the Americas, Can-Am Rotax Max Challenge and Florida Winter Tour also gave away tickets to this prestigious event. The final chance for drivers to earn a spot was at the Pan-American Challenge at NOLA on October 10-13 by claiming the victory. Among those looking for the ticket was Florida driver Aidan Keel. The Andersen Racing driver traveled to New Orleans with one goal in mind…victory.

Keel was among the contenders from day one, qualifying third. Rain came into the NOLA area, giving the Mini Max drivers a tough battle against the elements for the opening heat race. Keel would place seventh, and improve each time out the following day to end up fourth and second. That put him toward the front of the prefinal on Sunday.

Aidan would lead all but the opening lap to score the pole position for the main event. After leading the first two laps, Keel was dropped back in the top-five but fought his way back forward after the halfway point. Keel led a group of drivers back to the lead pack and found himself in the second position. Trailing Sting Ray Robb, Keel set himself up for a last lap maneuver. Robb ran a defensive line heading onto the long straight for the final time, which slowed his momentum. Keel was able to power past him, and have the line into the final corner. He held the lead to the checkered flag to score the victory and race his way to his own ticket to the Invitational event.

Keel would go on to finish fourth at the Micro & Mini Invitational as part of the Rotax Grand Finals on November 10-16 at the NOLA facility, one spot short of the podium. For 2014, Keel is set to move up to the Junior level full time, set to race the Florida Winter Tour, North Florida RMC, most likely the US Rotax Grand Nationals and Pan-American Challenge. Keel will travel across the Atlantic to take part in the fierce Rotax Euro Challenge events as well. 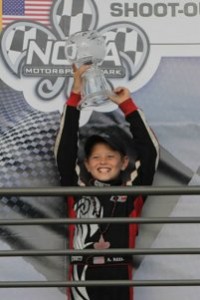 Chassis: Birel
Engine Service Center: Supertune USA
Sponsors: Keel and Curley Winery, Two Henry’s Brewing Company, Andersen Race Park
United States Rotax Max Challenge Home Series: North Florida Rotax Max Challenge
Years Karting: 6
How did you get started in karting? My Grandpa used to drive karts, he took me to Andersen Raceway to drive a kid kart, and I loved it.
What has been the high point in your racing career? Winning Pan American Challenge this year and earning a ticket to the Micro & Mini Invitational as part of the Rotax Grand Finals
What are your goals in racing? Race Cars
In a few words, how would you describe your driving style? Physical, Aggressive and Smart
2013 Accomplishments: Pan American Win, FKCS Series – 2nd place in Mini Max and Cadet Sportsman, North Florida Rotax Max Challenge – 2nd place

What do you do when not at the track? Play video games
What are your goals outside of karting? Excel in school
What type of street car would you like to drive? Lamborghini Aventador
What are your pet peeves or things that irritate you? My dad’s driving
What is your favorite aspect about racing in the Rotax Max Challenge program? The competition