Team PSL Karting is set to close out the 2013 karting season this week at the biggest and most prestigious event in North America, the 17th running of the Superkarts! USA SuperNationals. Fielding an international list of 28 drivers in nine classes, the #1 CRG distributor in the world is set to continue their legacy at the annual event in Las Vegas, Nevada.

“The SuperNats is by far the most anticipated race of the year for PSL,” explains PSL Karting’s President, Dominic Labrecque. “The amount of preparation by all teams and organizations is often overlooked by most.”

With Team PSL Karting staff making a quick turnaround from last week’s Rotax Max Challenge Grand Finals (RMCGF), where CRG was an official chassis partner in the Rotax DD2 category, the team is now set to tackle the demands of the temporary parking lot circuit on the grounds of the Rio All-Suite Hotel and Casino located just off the Las Vegas Strip. 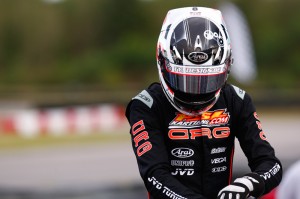 Three pilots will carry PSL/CRG colours in the headline KZ2 category. Joining forces with Team PSL Karting for the recent Pan-American Challenge, and fresh off his run at the RMCGF last week, Belgian driver Xen De Ruwe will look to come out on top against the field of nearly 40 skilled shifter kart drivers and pocket the $10,000 prize. American Fritz Leesmann will be back to take on the KZ2 class, and will look to score the title on home soil after posting the best finish by a North American at the 2012 SuperNats. France’s Morgan Weber will complete the driver line-up in KZ2.

Pulling double-duty in SinCity, Leesmann will be back in action in S1 Pro Stock Moto. As the current Pro Tour points leader in the class, the California native will focus on securing the S1 championship title, but also on scoring his first SuperNats victory. Denied the win year after year, Leesmann is certain to be on a tear in the Rio parking lot in hopes of earning the checkered flag in 2013 and a possible $10,000 payday. Mexican pilot Rodrigo Fonceca will join Leesmann in the S1 category for Team PSL Karting.

Americans Troy and Cody Diede will be back in S2 Semi-Pro Stock Moto, as the brothers complete the 2013 Pro Tour in Las Vegas. Both placed in the top-ten at the 2012 edition of the famed event, and sit fourth and fifth the in current Pro Tour point standings. With wins and podiums between the two to date in 2013 SKUSA action, this could be the year for either to stand atop the SuperNationals podium. 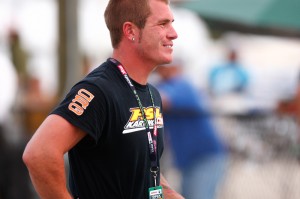 As the current S1 Pro Tour points leader, Fritz Leesmann will look to secure the championship title and his first race win at the SuperNats (Photo: PSL Karting)

The largest contingent of Team PSL Karting drivers will contest the Rotax DD2 category during its debut at the SKUSA SuperNationals. Seven PSL/CRG pilots will vie for the first ticket to the 2014 Rotax Max Challenge Grand Finals in the sold out class. Xen De Ruwe will pull double-duty, and the talented Rotaxian is certain to be a frontrunner in the two-speed class. American Gavin Reichelt will be back behind the wheel of a PSL/CRG Rotax DD2 package. The rising talent scored a race win and second place result in his first ever weekend in the category against some stiff Canadian competition, and could very well be at the top of the sheets this week. Americans CJ Cramm, Brian Whitmire and Shelton Wright, along with Canadian Dominic Legrand and Dutch pilot Yaro Deckers, will complete the DD2 roster. Costa Rica’s Andres Fonceca will be the lone PSL representative in the DD2 Masters class.

The Rotax Junior class will feature six international Team PSL Karting drivers, with top European talents Thomas Preining of Austria and Rinus Van Kalmthout of the Netherlands leading the charge. Both enter the SuperNats straight off of top-20 runs at the RMCGF last week. Also fighting for the 2014 World Finals ticket will be fellow Dutch pilots Richard Verschoor and Leonard Hoogenboom, and Brazilians Felipe Ortiz and Juan Crespi.

“For us, it was a great move by SKUSA to include Rotax in a separate category at this race, as we spend 95% of our year competing with this package,” adds Andrew Campbell, PSL Karting’s Team Manager. “The drivers receive the equipment that we work and develop all through the year on the Mojo tire.” 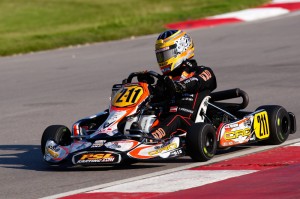 Thomas Preining of Austria is certain to be a frontrunner in the Rotax Junior category (Photo: PSL Karting)

The TaG classes will see several Team PSL Karting drivers in three categories. The stacked and ultra-competitive TaG Senior class will see the U.K.’s Callum Ilott and Ramalho of Brazil fight for ultimate SuperNats glory, while Juan Gustavo will take on over 60 drivers in the TaG Junior class. Finally, three PSL/CRG pilots will compete for the TaG Cadet win against a staggering field of 88: Mexico’s Sebastian Alvarez, Italy’s Abdul Gafar Muizz and Brazil’s Emiliano Jauregui.

Campbell concludes, “The focus will be to keep the team momentum and attitude positive, which should allow us to obtain great results.”