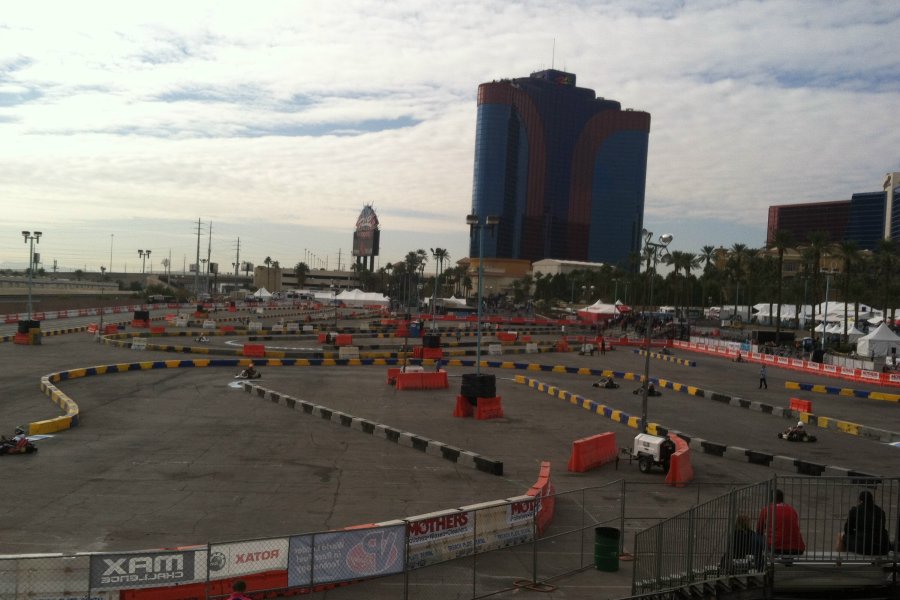 EKN’s Paddock Insider brings you notes, updates and breaking news as it happens. The article will be a timeline of events as they happen during the Superkarts! USA SuperNationals XVII in Las Vegas, Nevada. The information will not be seen anywhere else, including notes, interviews and photos. For complete coverage of the SKUSA SuperNationals XVII, visit the EKN Event Page. Please feel free to comment and discuss our coverage and today’s action in the EKN Global Members Discussion area below: 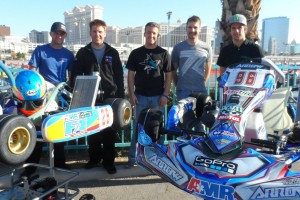 KartSport North America Bringing in the Big Names
It’s a solid driver roster under the KartSport North America team – supported by AMR and GoPro. Highlighting the line-up are four talented pilots. From NASCAR, Jamie McMurray and IndyCar driver Will Power are competing in the TaG Master division. McMurray is piloting a FA Kart with Power – who raced at the RoboPong 200 last month – is aboard the Arrow. NASCAR’s AJ Allmendinger is back to race the SuperNats, this time in the competitive TaG Senior division piloting a FA Kart alongside longtime Arrow factory driver David Sera. The multi-time Australian champion was runner-up in 2010 after an amazing drive from the back. All the FA Kart and Arrow drivers under the KSNA tent are sure to learn from Sera and the rest of the pros racing with the operation. 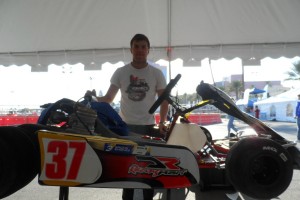 Formal to TaG Senior Under DRT Racing Stable
A late addition to the TaG Senior roster is four-time US Rotax Grand Nationals champion Daniel Formal. The Florida driver is joining the DRT Racing team following a solid test at the GoPro Motorplex just a few weeks ago. Piloting the DR Racing Kart and working directly with chassis designer – former world champion Danilo Rossi – Formal is looking to contend for a podium finish, while racing his DD2 machine during the morning rounds. 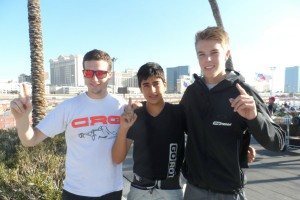 Team USA Heros Ready for More Hardware
Just days after competing at the 2013 Rotax Max Challenge Grand Finals at the NOLA Motorsports Park in New Orleans, a number of Team USA drivers and drivers from other countries are here racing at the SKUSA SuperNationals XVII. The top three finishers for Team USA – Junior champion Juan Manuel Correa, DD2 runner-up Joey Wimsett, and Senior Max third place finisher Oliver Askew are competing. Correa is racing both Rotax Junior and TaG Junior, Wimsett fighting it out in S1 Pro Stock Moto, with Askew making his S2 Semi-Pro debut. EKN would once again like to congratulate these three, as well as the rest of the Team USA squad along with the MAXSpeed Group on earning the Nations Cup award.

On-Track Action Underway
After some 365 days, the Superkarts! USA SuperNationals are BACK! And it’s bigger and better than ever. With nearly 600 drivers from across the world in 11 categories, competing for five days outside the Rio All-Suite Hotel and Casino, the atmosphere is electric. Walking around the paddock, the competitors, families and fans are pumped up for the event. The track appears to be similar to that of the last few years. In addition to the curbing added last year, more tech-pros have been added to the SKUSA warehouse and brought out for this year. That has eliminated the taller ‘jersey’ barriers aside from the outside of the long straight, and in certain areas around the track. This could be the most viewable circuits we have seen outside the Rio.