While the DD2 model of the Rotax Max Challenge has not become as popular in the United States of America compared to other countries, the drivers representing Team USA have continued to shine. For three straight years, Team USA saw a driver finish in the top-six, including Joey Collins (6th), Stuart Marsell (3rd) and Cody Hodgson (3rd) from 2007-2009. A tough year in 2011 saw no American in the main event, but last year three of the four raced on championship Saturday. This year, back on the CRG chassis, the five drivers representing the Red, White, and Blue are primed to get Team USA back toward the front of the field. 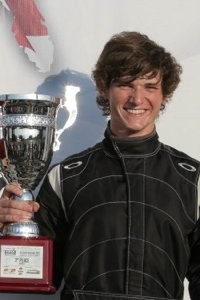 The last driver added to Team USA DD2 roster was Mitch Carey. Thanks to Formal earning a ticket from the Pan-American Challenge, Carey was awarded the US Rotax Grand Nationals spot, placing third in Mooresville. Racing has been limited this year for Carey, working full time and going to school as well. Earning enough punches to reach the Grand Nationals, Carey was among the contenders and came through third. This will be Colorado driver’s second trip to the Rotax Grand Finals, earning a spot on Team USA in similar fashion back in 2010 after finishing fifth in DD2. 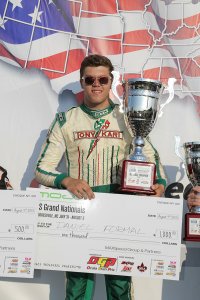 When Daniel Formal is on Team USA, he produces results. In 2010, his first year as a Senior driver, Formal drove to a fifth place finish in Italy. Last year, confidence was high going in, but things went low quick for Team USA. But Formal fought back and ended up with a team-best 15th in Senior Max. Now, the Florida driver is moving to DD2 and became the only driver to record four US Rotax championships in four different categories (Mini Max, Junior Max, Senior Max, DD2). Armed with the confidence off winning the Pan-American Challenge over two-time world Rotax champion Pier-Luc Ouellette, Daniel is set for an even better result at the Rotax Grand Finals. 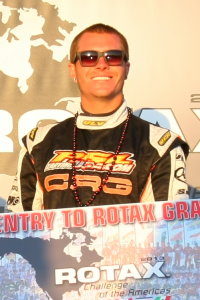 It may be a similar journey to the Rotax Grand Finals for Leesmann, but this year the NorCal driver is gunning for a much better performance. The two-time Rotax Challenge of the Americas champion will make his second straight trip to the ‘Olympics of Karting’, ready for a shot at the podium. Last year’s trip to Portugal left Leesmman without his ‘right-hand man’ Ricky Luther, and while Neil Hodgson gave Fritz a great effort, engine issues throughout the event plagued the overall result of 19th. Now on home soil, the ‘partners in crime’ that have dominated the Stock Moto ranks in the United States are gunning for glory in DD2 on the biggest stage of the world. 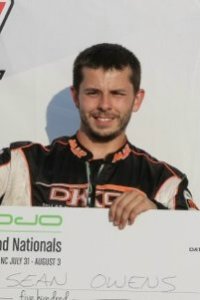 Owens is making his first Rotax Grand Finals start, and has the entire LoneStarState behind him. A runner-up at the US Rotax Grand Nationals put the Dallas Karting Complex/Sodi Racing USA driver on the podium for the first time, and to NOLA to race against the world. Working with fellow DKC and Team USA member Mike Jones, Owens will gain even more wealth of knowledge working with the rest of the DD2 members, in hopes of racing Saturday afternoon in New Orleans. 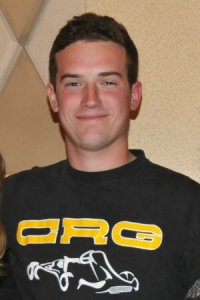 Last year’s performance at the Rotax Grand Finals looked to be a promising finish in the making. Session after session, Wimsett became more comfortable with the Mach 1 kart the DD2 category was racing. The wrong direction in set-up for the main event however dropped the 2011 US Rotax Grand Nationals champ back and away from a podium finish. Determined to return and contend once again, Wimsett is piloting a familiar CRG brand, similar to the model he competes at the national level in shifterkarts. Joey holds the record for best finish by an American in Senior Max (4th – 2009), and there is no doubt he’d like to better Team USA’s best finish in DD2.