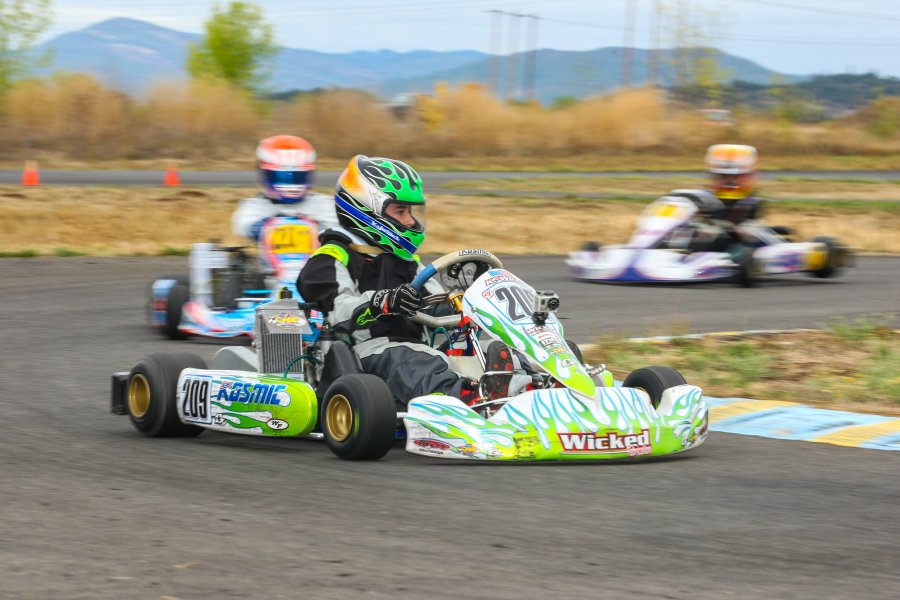 One of the great aspects of the Rotax Max Challenge, is the ability to grow within the sport without ever leaving the program. From as young as eight years old all the way up to 80, with club level racing feeding the national and international programs all over the world, the Rotax brand is there. Now completing the 13 year in the United States, the Rotax Max Challenge has seen a number of drivers grow from a rookie to one of the countries top drivers. One name that could join that list is Kyle Wick, the September honoree for the GoRotax.com Driver of the Month presented by eKartingNews.com

Wick has spent over half his life behind the wheel of the kart, completing his second season in the Junior Max category. Previously, Wick was among the top Mini Max drivers in the northwest area, placing in the top-10 in the United States Rotax Max Challenge National Point Standings. Last year, he continued the streak as he continued a strong run at the Northwest Gold Cup program in his Junior Max rookie year, and placed in the top-10 in the USRMC National Point Standings again.

This year, the new Can-Am Karting Challenge was created and brought about some solid competition from all over the western half of the North American continent. Wick was up to the task, growing throughout the season as a driver racing against some of the big names – including Challenge of the Americas champions and race winners along with top finishers from the US Rotax Grand Nationals and Western Canadian Championships. Through the year, Wick’s best result in the opening six rounds was a fourth at the McMinnville kart track in northern Oregon. The finale weekend took Wick and the rest of the series to the Southern Oregon Karters’ circuit in Medford during the final September weekend.

Wick began the weekend looking for a top-five finish once again. Qualifying in the wet seventh, Kyle improved through each session to climb to fifth by the checkered flag of the main event Saturday evening. With a dry track to begin Sunday, Wick showed his talents by earning the top qualifier honors of the season, edging out Utah’s Austin Versteeg and Challenge of the Americas champion Blaine Rocha. The young 14-year old kept a consistent pace in the prefinal, as he led all 15 laps to earn the win and pole position for the main event. The speed carried over into the feature, as Wick got away earlier and was able to maintain the top spot for all 20 laps. Crossing the line first, Kyle scored his first major victory as a Junior Max driver, holding off national driver Luke Selliken. 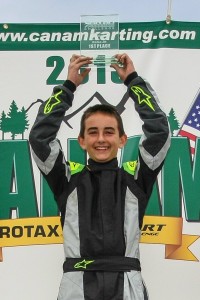 Chassis: 2012 Kosmic Mercury
Engine Service Center: CRE (Collins Racing Engines)
Sponsors: CRE, Wicked Fabrication, Byers Custom, Ault Electric
United States Rotax Max Challenge Home Series: Can-Am Rotax Max Challenge
Years Karting: 8
What has been the high point in your racing career? In 2011, when I won at PKRA for the Gatorz Challenge of the Americas event. It was the first big race I ever went to.
How did you get started in karting? My grandpa learned I was interested in motorsports and started making plans to get me a kid kart when I was very young, he also gave me a Honda 50 when I was one years old.
What are your goals in racing? To be a professional driver
In a few words, how would you describe your driving style? Consistent
2012 Accomplishments: 2 Top-five at Gatorz Challenge of the Americas, 2nd place in Northwest Gold Cup Series, won three heat races at SummerNationals

What do you do when not at the track? Work in my dad’s shop
What are your goals outside of karting? Be a professional race car driver
What type of street car would you like to drive? 1955 Chevy with trick suspension built by Wicked Fabrication and painted by Byers Custom
What are your pet peeves or things that irritate you? Cleaning up after my little brother
What is your favorite aspect about racing in the Rotax Max Challenge program? The level of competition