Over 170 Drivers Entered for WSK Final Cup of Castelletto 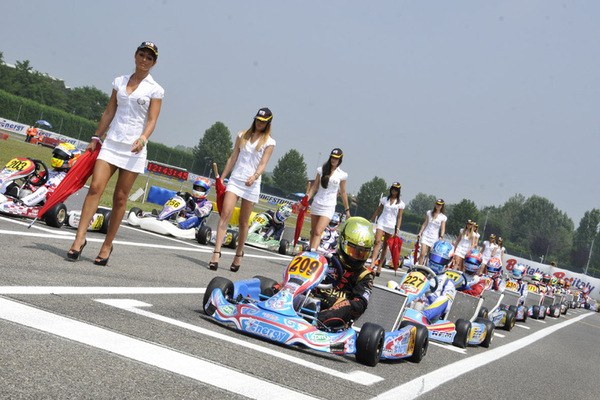 The 7 Laghi Circuit is preparing its starting line for the WSK Final Cup, final event of the 2013 WSK Karting Season

Great finale for the 2013 season with more than 170 drivers in Castelletto.

The paddock of the WSK Final Cup – the closing event of this intense kart racing season promoted by WSK Promotion – is getting overcrowded. The event is hosted by the 7 Laghi racing facility in Castelletto di Branduzzo, a well known circuit in the world of karting which hosted also the decisive round of the WSK Master Series last July. The best and most talented kart drivers are going to challenge each other in the KZ2, KF, KF Junior and 60 Mini categories. The level of expectation is growing as well as the list of the entrants: entries are still open but there are already 170 drivers who have entered the competition. These are remarkable figures, also for the quality of the drivers and for the cutting-edge quality of the equipment which is going to be used on the circuit of Castelletto next weekend: it is a real premiere of what we will see during next season. 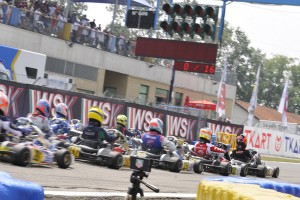 The novelties on the 7 Laghi circuit.

It is the last challenge of 2013 between the drivers who raced in the WSK Master Series and the WSK Euro Series; but next weekend event is also a jump into the future, into 2014 season, with some unprecedented combinations. The latest news say that Jonathan Thonon has just joined the Czech manufacturer Praga; the Belgian champion from Waterloo is going to race for his new team in KZ2 in Castelletto. There is another interesting combination in KZ2: Mirko Torsellini and Art GP, which has recently welcomed the young Italian driver. Definitely interesting also the passage in KZ2 of the Italian Matteo Viganò, who will be racing side by side with the experienced Sauro Cesetti.

Lots of entrants in KF Junior.

More than 60 entrants in KF Junior, a category which confirms – in Castelletto too – its great vitality even for the category’s last international race in Europe in 2013. The favourite is the Italian Leonardo Pulcini (Tony Kart-Vortex), who enters the race of Castelletto with the Morsicani team. Pulcini recently won the first round of the World CIK-FIA Championship in Sarno (SA), always for the Morsicani team. Another Italian is going to be his most dangerous opponent: Alessio Lorandi, the winner of this year’s WSK Master Series on a Tony Kart-Parilla of the Baby Race team.

Great chance for revenge in KF and 60 Mini.

This is going to be a great chance to challenge the best 2013 drivers in all the categories. In KF, with more than 30 entrants, Dorian Boccolacci (Energy-TM) is ready for the showdown after winning in both the WSK series. Among the drivers who will try to beat the French there is the Danish Nicklas Nielsen (Kosmic-Vortex), rising star of the category. In 60 Mini, the driver to beat is the Spanish Eliseo Martinez (Hero-LKE) who, after winning the WSK Master Series right on the 7 Laghi circuit, is ready to give the 40 entrants of Castelletto the chance to take their revenge.