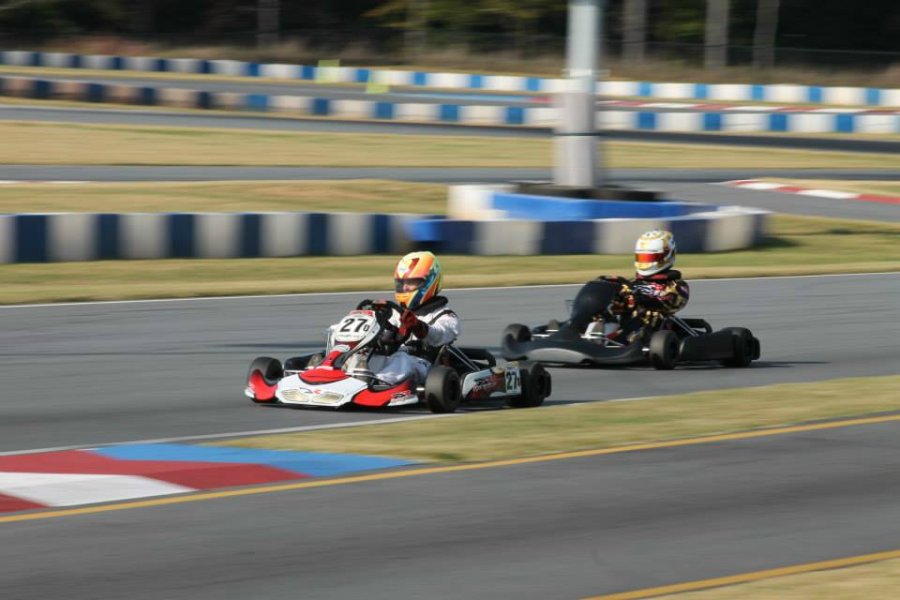 The 2013 season has been a successful program for the growing DRT Racing operation. With additional dealers added to the DR Racing Kart network throughout North America, and the addition of key racers to the brand, victories and championships were earned at all levels of the sport. Looking ahead to 2014, DRT Racing is working closely with the DR Racing Kart factory to ensure the product available for next season keeps drivers at the front of the field.

Early October, Mr. Rossi traveled to the United States to work with the DRT Racing operation during a week-long test session. Taken place at the GoPro Motorplex in Mooresville, North Carolina, a total of five new chassis models for TaG and shifter application were put on the pavement and pushed to the limits. 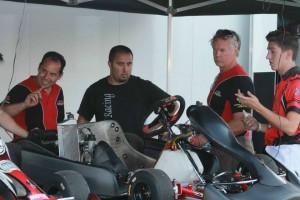 Piloting the DR karts were veteran Chris Keller, rising star Carter Fartuch, and DRT Racing’s lead mechanic/driver Brian Fisher. Danilo oversaw the changes made to the TaG karts while Fisher was the primary tuner on the shifterkart models. The group worked together over the course of the test, providing great feedback for Mr. Rossi to take back to the Italian factory for minor adjustments in the design of each chassis. A special guest stopped by to sample the DR Racing Kart as 1978 Karting World Champion and former NASCARdriverLake Speed offered his expertise. The North Carolina resident still races karts from time to time, with the entire DRT Racing group enjoying their time with the only American karting world champion.

“The test with Danilo was important to us and provided us with some very promising results,” stated DRT Racing owner Don Guilbeault. “2013 was a great year for us and the DR Racing Kart brand, as we have extended our dealer network from coast to coast, and from Texas to Canada. The DR Racing Kart chassis has gained a number of race wins and championships throughout the year, in both sprint and road racing. DR chassis is strong in the shifterkart ranks, and this test provided us with more data to improve on our TaG package for the United States market. We are confident in the product we will be providing for 2014 season.”

The DRT Racing team would like to congratulate Chris Jennings on his Texas ProKart Challenge S4 Master Stock Moto championship. In the northeast, Carter Fartuch and Chris Keller went 1-2 in the 2013 Gearup F Series while Josh Lane scored the title in the Northeast Shifter Kart Series Stock Moto division. A strong DR Racing Kart contingent that swept the top-three positions in the Stock Honda championship standings, including double champ Carson Miller, Byron Rothenhoefer, Bill Pyles, and Mark Nagy. In Europe, Norwegian driver Emil Antonsen added a CIK-FIA European Championship to the DR Racing Kart mantel, as the brand has been one of the most successful brands in the KZ2 category in recent years. DRT Racing sends out its thanks to all the DR Racing Kart drivers, families and dealers. 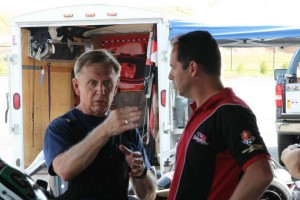 Before the season is over, DRT Racing is focused on bringing home a few more victories to close 2013. A full driver roster is set for the upcoming Superkarts! USA SuperNationals XVII in Las Vegas for the SKUSA Pro Tour finale. With additional support from the factory team in Italy, including Mr. Rossi himself, the DRT operation is set on earning victories this year and looking to help guide Fisher toward a championship in the S4 Master Stock Moto division.

“The results this year have been a great improvement from a year ago,” added Guilbeault. “Our customers provide a great working relationship for us, and they have performed well throughout the country. Our mission is to close out the year with big performances at the SuperNationals in Las Vegas and to show the world stage that DRT Racing is a professional and successful kart racing operation. Our driver roster will be stellar, including Fisher, the Lane family and our other North American DR Racing Kart drivers, with the addition of a few new names and international stars.”

DRT Racing still has positions available for Arrive-and-Drive at the SKUSA SuperNationals XVII, but racers are encouraged to contact them immediately to confirm details. DRT Racing has two locations along the east coast, the original shop is located in Hudson, New Hampshire with the new warehouse, engine development and race team is based out of the Bluff City, Tennessee. For more information, or to be part of the growing DR Racing Kart chassis dealer network, email info@drt-racing.com, phone 423-538-3838 or find them on Facebook