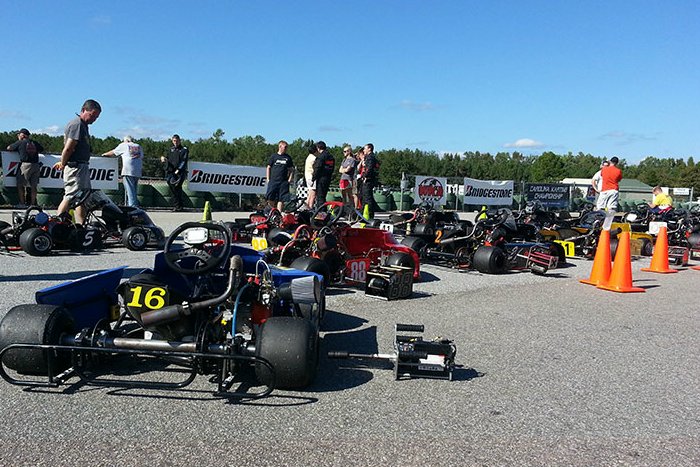 Mentor, Ohio’s Gary Lawson once again made it look easy with big money on the line in the RLV Gold Cup Series season closer this past weekend at Carolina Motorsports Park, while Georgia’s Dylan Murry and Tanner Lee and New York’s Dylan Zobkiw unofficially claimed Pro Gas Animal national championships and the brand-new, race-ready go-kart prizes that were included in the year-end awards package.

While Lawson and 17 other drivers raced to Carolina Clash presented by Jammer Clutches & Performance North national wins, a main focus for many was the national championship races in the Sportsman and Senior Pro Gas Animal classes.

Entering the series’ final round no fewer than five drivers had mathematical shots at each class championship. Lee had Junior Pro Gas Animal locked up heading into the weekend; he took home the brand-new Razor Chassis for his efforts.

But Miller bounced back Sunday to score an impressive victory over Wells and Nick Fauci in Baker Racing Engines Sportsman Pro Gas Animal 2. Murry, who suffered an engine problem on the last lap of the pre-final, started toward the rear of the 14-kart field and finished fifth in the main. Murry’s fifth-place finish was enough to unofficially win the class championship and new Margay Racing Products chassis by about a 30-point margin over Miller. 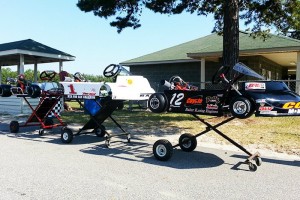 Kalb also entered Sunday’s race with a shot at the championship, but he finished seventh in the main and would unofficially settle for third in the final standings.

The Senior Pro Gas Animal points race couldn’t have been much closer.

While several drivers had a shot at the title entering the Carolina Clash, Michigan’s Jeff Beatty and Zobkiw were on the inside of the points battle with Beatty entering the event with a slim lead over Zobkiw. With a new Coyote XP chassis on the line, both racers were well aware of the high stakes, and both stepped up their games.

Both Beatty and Zobkiw ran strong finished second and third in Saturday’s Gas Animal main to Lawson. The race became very interesting in Sunday’s pre-final when Zobkiw made a pass on Jacob Heavlow for a top-five position. Zobkiw and Heavlow made contact and Heavlow shot back onto the track and a hard wreck ensued, which involved Beatty.

The Michigan Kart Supply racer was able to continue, but nursed his Coyote home to a 10th-place finish, while Zobkiw finished third.

With Zobkiw starting seven positions better than Beatty in the main, Beatty needed to advance positions as quick as possible.

Zobkiw had a bad started and quickly dropped to fifth, but Beatty couldn’t capitalize as he was stuck in traffic around the 10th position. Zobkiw made his way back to fourth and eventually third, meaning Beatty would have to get to the fifth position in order to win the championship.

While Zobkiw ran unchallenged in third, Beatty ran deeper in the field fighting for every position he could gain. He passed top drivers like Tyler Sandmeyer and Sean Meier late in the race, and a last-lap incident between Michael Fauci and Jason Zobkiw while battling for fifth advanced Beatty another two spots.

But the Michigan racer would fall one spot shy of a national championship in his rookie Gold Cup season. Beatty placed sixth, about four seconds back of fifth-place finisher Corey Towles. Beatty’s sixth-place run would give Zobkiw the title by a mere three-point margin. If Beatty could have made it to fifth, he would have won the title by seven markers over Zobkiw. 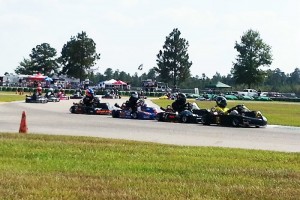 Zobkiw earned the brand-new Coyote XP with a Baker-powered Gas Animal for his efforts.

Sandmeyer won the $250 Hard Charger Award for advancing the most positions (25th to fifth) in Saturday’s Pro Gas Animal main. Towles won the Hard Charger and $250 for starting 19th and finishing fifth in Sunday’s main.

Jason Alder and Miller split the Sportsman 1 divisions. Alder triumphed over Nick Fauci and Miller in Saturday’s Performance North Sportsman 1 Lite. On Sunday, Miller scored his first of two wins on the day in Sportsman 1 Heavy. Alder was second and Trevor Vargo third. 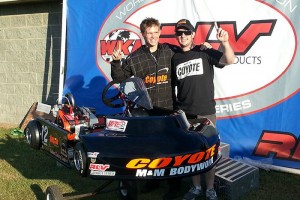 Sandmeyer was able to score one victory on the weekend in Animal Heavy. The Maryland MGM racer won over Headley and Josh Stiefel. Sandmeyer left Kershaw with $650 between his second-place Animal Medium run, second place in Friday’s Money Race and Hard Charger Award in Saturday’s Senior Pro Gas Animal.

Lawson won the $500 plus the lion’s share of the 75 percent payback for scoring the win in Friday’s Money Race. Sandmeyer pocketed over $300 for second and Lipari over $200 for third. Sean Meier and Dakota Bell also finished in the money in fourth and fifth, respectively.

Go to HERE  to view the weekend’s top-10 results.