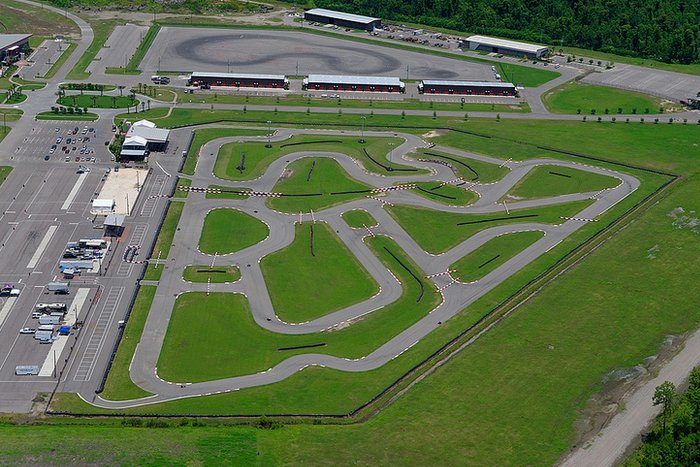 Over the next two months, the karting world will spend a great deal of time focusing on the United States. For the first time in decades, world titles are to be decided on US soil, with the hopes that one or more North American drivers can claim victory in two of the biggest races of the year. For the first time in its history, the Rotax Grand Finals will take place in North America, set for November 13-16 at the NOLA Motorsports Park in New Orleans. The MAXSpeed Group, the United States’ exclusive distributor for Rotax Max engines and related products, has the honor of hosting over 300 drivers from 60 countries as they arrive to take part in this annual ‘Olympics of Karting’. The daunting task of hosting such an event will be a culmination of over a year’s work of many individuals to make this year’s Rotax Grand Finals a most memorable experience.

It’s been 15 years since the last world karting title was decided here in the United States. The 1998 Formula C World Karting Championship took place during the FMK/FIA North American Karting Championship event at the Charlotte Motor Speedway in North Carolina. International names such as Davide Foré, Vitantonio Liuzzi, Alessandro Manetti, and Alessandro Piccini were among the contenders, including North American stars Michael Valiante, Alan Rudolph, and Darren Elliott, just to name a few. The victor at that event was Birel driver Gianluca Beggio. 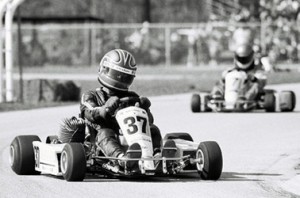 One of the first world titles to be decided on US soil was the 1986 Formula K World Karting Champion, won by Brazilian Augusto Ribas (Photo: CIK-FIA)

The only time the CIK-FIA World Karting Championship was held in the US was in 1986 at the 103rd Street Sports Complex in Jacksonville, FL. The event was marred by controversy, however, as competitors felt the course was unsafe and unsuitable, and a number of European drivers ultimately refused to race. Brazilian Augusto Ribas was awarded the race win after the FIA ruled that the provisional race winner – American Ken Kroeger – passed under yellow. Those two events were put together in cooperation between the CIK-FIA and World Karting Association.

Randy Kugler was a key member in hosting those events, serving as the WKA president during that time. “The first time WKA and CIK worked together was an exhibition race put on in Las Vegas at the Sahara in the early 1980s. It was a big leaving curve for everyone involved, including the drivers. One of the major barriers was communication through the different languages involved. We got through it and learned a lot.”

“That set up for the Formula K World Championships in Jacksonville. It was a great facility and location for international competitors with the shipping and travel being rather convenient. The event was very controversial, with a chicane constructed to break up the 1000’ straightaway. CIK and WKA did not budge despite the threatening boycott by drivers. The racing was exciting and unfortunately ended in controversy as well. The political damage was a long recovery process.”

“The NAKC event was tremendous, and in 1998, it was our fifth year so adding the FC category was not an issue with us already running JICA, Formula A, and Formula Super A. It was a solid event. Ernest Buser was the president of CIK for all of these events, and no matter the obstacle, we always were able to find a solution.”

For MAXSpeed, over 365 days of planning have been logged to put together the seven-day event that will be the 2013 Rotax Grand Finals. Adding to the regular 9-to-5 work schedule that the staff puts in at the Deerfield Beach, Florida offices, conducting the operations of a two-time BRP Distributor of the Year effort, they have put in the extra hours to ensure this year’s ‘Olympics of Karting’ is one of the most memorable, also celebrating the 30th anniversary of the first Rotax engine for kart racing.

Speaking with MAXSpeed president Richard Boisclair, he told EKN that his voicemail box has been full for weeks as they wrap up the final planning stages for the event. The logistics into putting on an event that will welcome well over 1000 people, including drivers, mechanics, family members, industry personnel, and spectators, is astonishing. Boisclair and Karting Director at NOLA Motorsports Park Garett Potter will be tied to the hip for the next month, finalizing all the details as the prepare to welcome everyone on November 10. 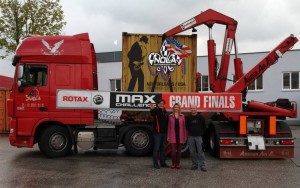 The logistics to host an event like the Rotax Grand Finals is massive, including 15 containers coming from Europe (Photo: rotax-kart.com)

One key aspect needed for the Rotax Grand Finals year after year is the karting equipment all the competitors will utilize on the week. For the first few editions of the race, competitors shipped their own personal equipment directly to the site.  This is no the case these days.  BRP and MAXSpeed, along with the six chassis partners, will be supplying all the equipment trackside in New Orleans. Previous races were easier for both BRP and the chassis partners, as they were located in Europe. Now, all of the products will travel across the Atlantic Ocean in 15 forty-foot long containers from France, Italy, Germany, and Austria. Many of the North American importers for the six brands in use (CRG, Praga, Sodi Kart, Energy, Haase, and OK1), will be on-hand to provide logistical and technical support. 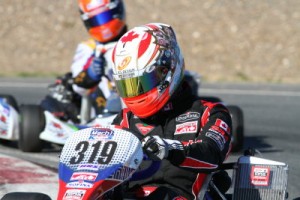 Over the course of the 13-year history of the Rotax Grand Finals, only four North American drivers have claimed a world Rotax title, all hailing from Canada. Luc Sauriol became the first Canadian to earn a Grand Finals victory, classified as the top Masters Max driver while competing in the Senior Max category at Portugal. The following year in United Arab Emirates (UAE), Pier-Luc Ouellette won his first DD2 crown, repeating again in 2011. In 2010, Canada took home two titles, with Daniel Morad winning the exciting DD2 final, and Scott Campbell scoring the DD2 Masters title as the class ran as its own separate category for the first time. Last year, UK-native and now Canadian Ben Cooper added another title to their record, scoring the victory in DD2. Team USA has visited the Rotax Grand Finals podium three previous times, as Stuart Marsell and Cody Hodgson ran third in back-to-back years (2008 and 2009). Curtis Cooksey holds claim to the best Team USA finish in the event’s history, placing runner-up in DD2 Masters in 2008. Both Canada and USA have been on the Nations Cup podium before, with Canada winning the crown in 2007, and USA best finish of runner-up in 2009.

Prior to the Rotax Grand Finals in November, nearly 200 drivers from across the world will be competing at the Rotax Pan-American Challenge at the NOLA Motorsports Park on October 10-13. The final four tickets to this year’s Rotax Grand Finals will be awarded to the victors in Senior Max, DD2, DD2 Masters and Junior Max. Over 23 countries will be represented this year, making this the largest and most diverse Pan-American Challenge event in history. In addition to the Rotax Grand Finals, six drivers will earn a ticket to compete in the Micro & Mini Invitational during the November 13-16. The top three North American drivers in each category will win a ticket to be part of the biggest Rotax Grand Finals in history. Many of those racing this weekend are already down in the bayou having taken part in the Texas ProKart Challenge event.

eKartingNews.com is set to be trackside for both the Pan-American Challenge and the Rotax Grand Finals once again. Stay tuned for daily coverage, as well as updates on Facebook, Twitter and Instagram. For more regarding schedule and details of the events, head to GoRotax.com