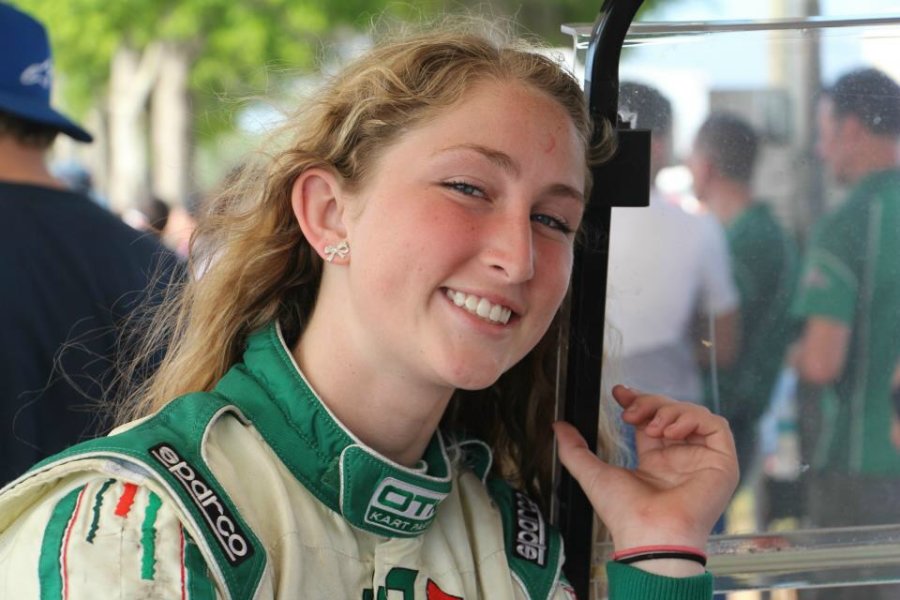 Known for identifying future stars of the sport from the grassroots of racing, the NASCAR Drive for Diversity program gives up-and-coming minority and female pilots the chance to compete with a NASCAR team. Selected for the program, Ashley Rogero is one of eight young drivers given the opportunity to drive for Rev Racing during the 2014 Summer Shootout Series in INEX Legends and Bandoleros.

“I am extremely excited and honored to be given this opportunity,” explained Rogero from her home in Naples, Florida. “I have been working hard over the past year to make the transition from karts to cars and have met a lot of great people that have all helped me to improve my media savvy side as well as increase my self-promotion and social media campaigns. I know when I am behind the wheel I can drive, but want to be the marketing machine that teams and sponsors are also looking to employ.”

The 15-year-old from Naples, Florida will engage in rigorous on and off track evaluation and receive mentoring and coaching from Rev Racing staff and several of the team’s NASCAR K&N Pro Series East drivers. This year’s combine will be held at the Langley Speedway in Hampton, Virginia October 21-23. 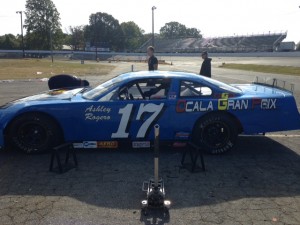 Rogero has also been busy testing late models at both the Caraway Speedway in Sophia, North Carolina and the Orange County Speedway in Rougemont, North Carolina. Visiting both facilities during a two-day test, Rogero continued to turn heads. Lapping with Robert Hamkee Racing, Rogero put up lap times that would put her at the front of the field in some of the most competitive circle track series that compete at these facilities.

Rogero continued, “The test in the Super Late Model went really well for both the team as well as myself. I was able to get up to speed quickly, provide feedback that improved the car’s setup as well as pushed it to the limit…and over the limit, to decrease lap time. All around it was a great few days of testing.”

“One of my Ocala Gran Prix teammates would be involved in a huge incident on Saturday and would be transported to the hospital,” explained Rogero. “With a broken collar bone, he was unable to compete on Sunday so I got behind the wheel of his Tony Kart to ensure he would receive championship points for the event.”

Qualifying third having not turned a lap on the track until race day, Rogero would be forced to start the prefinal from the tail of the field (relief driver rule). Battling hard in the heat race to make her way back forward, the up-and-coming female would score a second place result and outside front row staring position for the main event.

Taking the point at the start of the main event, Rogero would lead at the halfway mark and look poised to add another victory to her resume before an exhaust header failure would force her to retire from the event.

The last 12 months have been amazing for Rogero. Last October, she and father Jim Rogero made the long trek from Florida to Colorado for the Rotax Pan-American Challenge. Never seeing the track before, they would work hard and secure the victory to claim a ticket to the Rotax Grand Finals in Portugal. This winter, she would finish second in the Florida Winter Tour Junior Max standings.

She would stand out at a number of money races on the year, winning $5,000 at the GoPro Karting Challenge in Mooresville, North Carolina, and another $3,500 at the United States Pro Kart Series New Castle event in June for a double win weekend. In August, Rogero was among the top drivers in the Junior Max category at the United States Rotax Max Challenge Grand Nationals, earning the runner-up position and a second-straight trip to the Rotax Grand Finals as part of Team USA.

Ashley would like to thank all of her sponsors for all their hard work and continued support: the entire crew at Ocala Gran Prix, OTK USA, Tony Kart, Grand Products, Comet Kart Sales and Race Tech Development, as well as all her friends and family.