Wet Heats at the CIK-FIA World KFJ Championship in Sarno 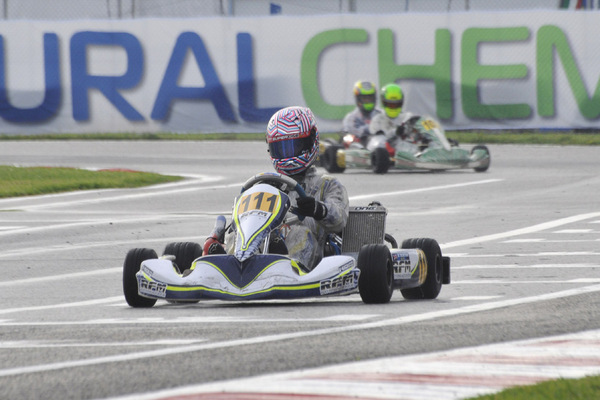 Ticktum (FA Kart-Vortex) won all three of his heat races.

A Great Challenge for the Champions to be

Whoever will win the race of Sarno (I), he will be aware of having achieved a tough feat. The Italian racetrack is hosting the first round of the CIK-FIA World KFJ Championship. Today’s heats were particularly eventful, also because of the rain which had been falling all day long. The rain slightly decreased only in the afternoon, even though the tarmac remained wet during all the races. The 1,699 metres of the International Circuit Napoli were particularly slippery, and drivers needed to use all their skills to control their karts to secure the best position on the starting grid for tomorrow’s final phase. The pole position will be awarded tomorrow morning: some of the heats which were supposed to be run today were put off because of the harsh weather condition. An unexpected commitment both for the KF Junior drivers – who are racing for the World title – and for the KF drivers, racing for the CIK-FIA International Super Cup.

The outcome of such a tough day was utterly positive for the English Daniel Ticktum (FA Kart-Vortex-Le Cont), who won all the three races he took part in. So, Ticktum responded to the Russian Robert Shwartzman (Tony Kart-TM-Le Cont), who was the fastest in yesterday’s qualifying and had also won one of the first heats. Shwartzman won another heat today, as well as his fellow countryman Nikita Sitnikov (Tony Kart-BMB-Le Cont), who closed today’s performance with two successes. The Italian Alessio Lorandi (Tony Kart-Parilla-Le Cont) and Leonardo Pulcini (Tony Kart-Vortex-Le Cont) won one heat each, with six heats remaining on tomorrow’s schedule. Lando Norris (FA Kart-Vortex-Le Cont), the new European Champion, has this last phase to close the gap: he has not won any heat yet, even though he placed in good positions. 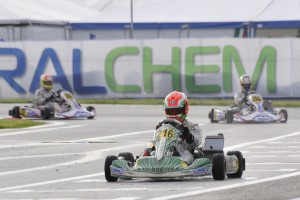 Karol Basz (TonyKart-Votex-Vega) finished third in his first heat race, and won his second of the day.

Basz and Viganò put in the first excellent performance in KF

The Italian Matteo Viganò (Top Kart-Parilla-Vega) had to recover nine positions to cross the finishing line first and win his first heat in the KF category, in the CIK-FIA International Super Cup. He started from the fifth row and conquered position after position before gaining the head at half race. Also the French Dorian Boccolacci (Energy-TM) had to gain many positions before getting the second place; third was the Polish Karol Basz (Tony Kart-Vortex-Vega). Basz, however, was able to redeem himself in the second heat: he took the lead at the start and kept it until the end of the race. The Croatian Martin Kodric (FA-Vortex-Vega) was the runner-up, third Egor Stupenkov (Energy-TM-Vega), at the end of an impressive series of overtaking maneuvers which allowed them to recover, from their starting slots, seven and ten positions respectively. Tomorrow the last heat, which will give the final standings situation before the Final. After today’s races, the final result of the cup is absolutely unpredictable.

All tomorrow’s races will be viewable live in streaming, starting with the qualifying heats at 9.00am, on the official websites www.cikfia.tv and www.cikfiachampionship.com. On Tuesday 8th October the pre-recorded broadcast of the Finals on Rai Sport 2 and on Friday 11th, always on the same channel, the special TV report with the recap of the whole weekend.