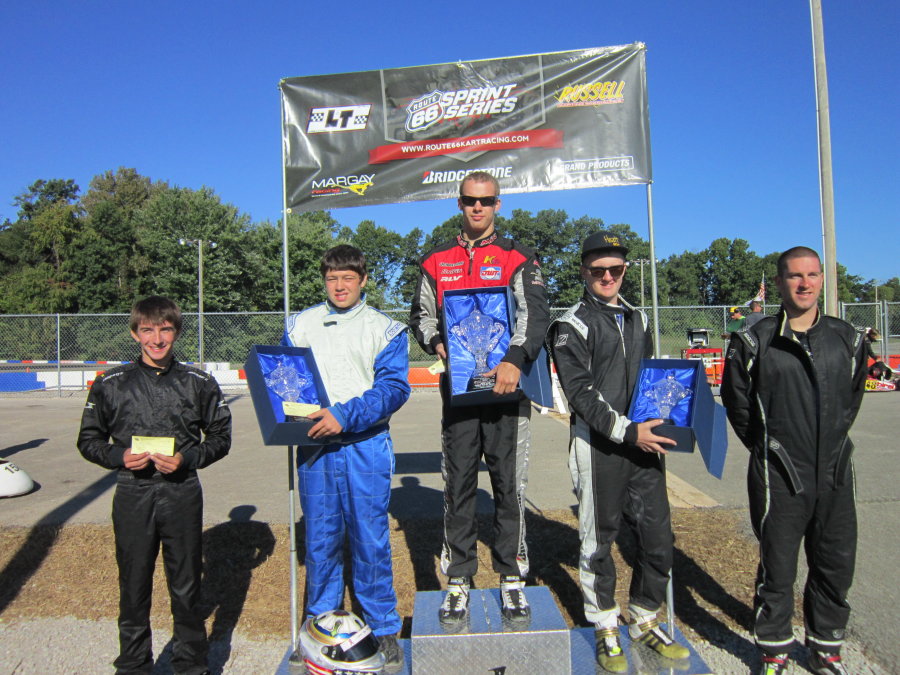 The Russell Karting Specialties/L & T Manufacturing Route 66 Sprint Series presented by Bridgestone/Margay and Grand Products held round five on September 21-22 at Mid-State Raceway located near Springfield, IL.  The event was sponsored by B & B Electric and was named the Loren Niehaus Memorial Event in honor of Loren Niehaus who was a founding member of Mid-State Kart Club and a long time WKA series tech official.  Over 230 entries competed over the weekend for the bonus points offered for the final event of the season.  Also featured this weekend was the first annual Ribtect Yamaha Senior Shootout where a $1500 purse was up for grabs.  After a few Friday morning rain showers, the weather improved with clear skies and perfect 70 degree days over the weekend. 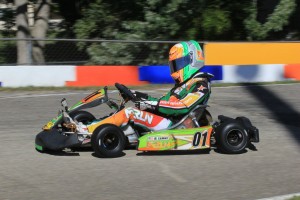 Mid-State Kart Club (MSKC) welcomed the Route 66 Series competitors with over $25,000 in recently completed improvements including an upgrade that leveled the formerly rolling pit area and expanded the gravel parking areas.  Other recent improvements included the post-tech inspection area which had a new concrete floor and an improved grading for the run-off area behind the back straightaway.  MSKC also hosted a free pork chop dinner on Saturday evening for everyone in attendance.

The featured event of the weekend was the Ribtect Yamaha Senior Shootout.  Adam Crepin qualified on pole and was awarded a set of Bridgestone YLC tires for his effort. In the 30-lap shootout, Justin Vancil and Robby McQuinn quickly moved to the front of the pack and worked together to pull away from the rest of the field.  Crepin dropped out on lap eight with a broken chain and Jason Birdsell, Kindra Hulbert and Cal Stewart also pulled off early.  By the end of the race, Vancil and McQuinn had pulled out to a ten second lead and Vancil beat McQuinn to the finish by .162 seconds.  Rounding out the top five were Ben Hewitt, Collin Griffin and Eric Bartsch.  Vancil took home the $500 first place prize and the top three were also awarded crystal trophies sponsored by the USPKS Series. 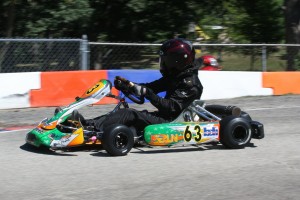 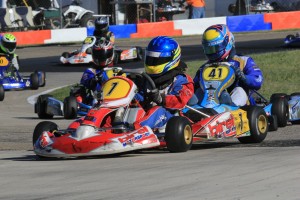 Merlin chassis captured the most wins over the weekend with five followed by Tony Kart (4), Birel (3) and Margay, Top Kart and RK with one win each.