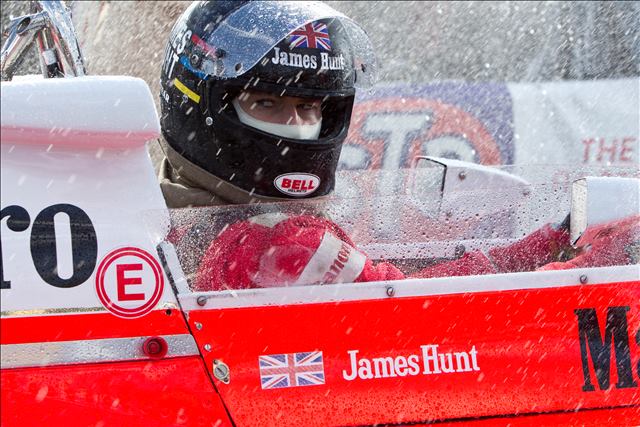 Bell Racing’s Star Classic helmet is featured prominently in the Ron Howard movie RUSH, based on the epic 1976 Formula One season and the championship battle between James Hunt and Niki Lauda. Bell Racing provided eighty (80) custom painted helmets for the film replicating the paint designs, color schemes and sponsors of Formula One drivers from the era including the 1976 season. 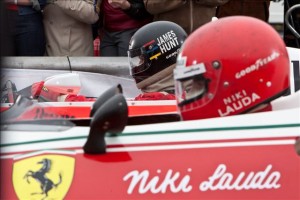 “Bell is proud of our involvement with RUSH and the opportunity to help bring this compelling racing story to the big screen,” said Kyle Kietzmann, President, Bell Racing USA. “The Star Classic model from our vintage line of helmets is a perfect choice for the film as it replicates the design of the original 1970’s Star II full face helmet used during the 1976 Formula One season. The Star Classic is built to current safety standards using modern technology and manufacturing techniques. This assured the actors, stunt drivers and performance drivers were well protected while filming the race scenes depicted in the movie.” 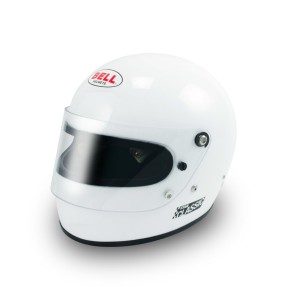 The Star Classic is an updated version of the original Bell Star helmet produced to the most current safety standard (Snell SA2010) using modern production techniques and composite materials.

The original, introduced in 1966, was the world’s first full-face motorsports helmet and represented a quantum leap in helmet technology. As the original Star evolved it added features including the world’s first fire retardant interior, eyeport foam seal and flip up shield with a positive locking mechanism.

The Star Classic reintroduces the Bell Star shape and design from the seventies and features a recreation of the Star II flip up visor first introduced in 1975. The Star Classic has removable cheek pads that can be replaced for a more custom fit, is SA2010/FIA8858 certified and available in white in sizes S (57) to XL (62). Clear and dark smoke replacement shields are also available for the Star Classic.

The Star Classic is a perfect choice for classic car enthusiasts, historic car drivers and vintage racers who want to replicate the look of racing champions and legends from the 1970’s but demand modern comfort, performance and technology. The Star Classic retails for $579.95. Other helmets in Bell’s Vintage Series include the iconic open face 500-TX Classic from the 1950’s and 1960’s and the 1980’s XFM-1 Classic. Additional information is available at www.bellracing.com.

Bell Racing USA LLC, the world’s premier auto racing Helmet Company since 1954, specializes in designing, developing, manufacturing and distributing auto racing helmets to professional and amateur drivers competing in the sport of auto racing and go karting. Bell helmets have been worn and trusted by more champions, in all forms of racing, than any other helmet brand. The Bell name is synonymous with quality, innovation, safety, performance and engineering excellence.