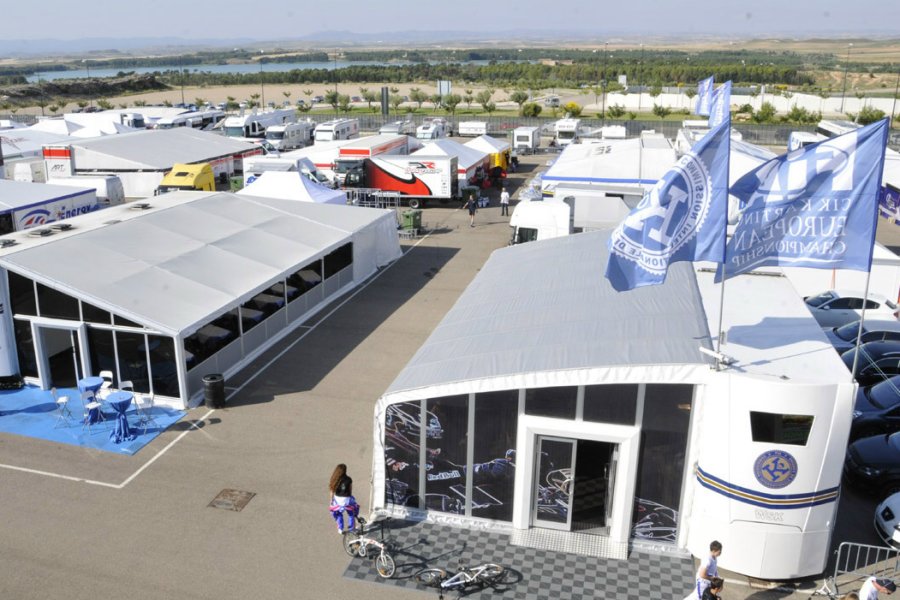 Tomorrow, in Varennes sur Allier, the CIK-FIA World KZ Championship and the CIK-FIA International KZ2 Super Cup. All the international kart Manufacturers are taking part in the competitions, with their top drivers ready to challenge each other in the KZ Superpole on Friday 20th.

The first World title of 2013 to be awarded in  Varennes
Tomorrow, in Varennes sur Allier (France), spotlights on the CIK-FIA World KZ Championship. The event will award the first World karting title of the 2013 season. Always on the Auvergne circuit, the top KZ2 drivers are giving chase to the CIK-FIA International Super Cup. Last but not least, the CIK-FIA Academy Trophy, one of the most sought-after one-make series reserved to drivers aged 13-15 who, for this third and last round, will be behind the wheel of a Parolin-FIM-Vega kart. The icing on the cake of the French event is the performance of the vintage karts of the Historic Super Cup. In few words, the circuit of Varennes is going to host an outstanding event, which can boast the participation of all the top drivers and teams at world level.

Thrilling finale for the KZ championship
The KZ category raises its prestige awarding a full-fledged World Championship, after the World Cups awarded in the past seasons. That’s the reason why the 38 entrants are so committed and ready to battle against the former KZ1 World Cup winners, the Dutch Bas Lammers (Intrepid-TM-Bridgestone) and the Belgian Jonathan Thonon (CRG-Maxter-Bridgestone). In the battle between the two winners of the past six seasons there might be a third pretender, Arnaud Kozlinski (Birel-TM-Bridgestone), at his comeback after a convalescence which had started last spring. There are great expectations for the French driver’s performance, as well as for the performance of the reigning European champion, the Dutch Max Verstappen (CRG-TM), without forgetting all the top drivers that each manufacturer has brought in France: official drivers such as the Italian Marco Ardigò (Tony Kart-Vortex), Paolo De Conto (Birel-.TM) and Sauro Cesetti (Top Kart-Comer); the French Anthony Abbasse (Sodi-TM), Jeremy Iglesias (Lenzokart-LKE) and Gianni Gazzurelli (FA Kart-Vortex), Charles Leclerc (Art GP-TM) from Monaco, the Czech Patrik Hajek (Praga-Parilla-Bridgestone), the Dutch Dylan Davies (First-TM), the Finnish Henry Kokko (DR-TM) and Aleksi Tuukkanen (Ninar-TM); the Belgian Yannik De Brabander (Maranello-TM) and the Austrian Andreas Schrangl (Oberon-Seven). Special mention for the Spanish Jaime Alguersuari (Tony Kart-Vortex), former Toro Rosso’s driver. Thanks to him, the race of Varennes will experience the thrill of a F1 event.

The Superpole ignites the weekend of Varennes
The big novelty of the CIK-FIA World Championship is the Superpole. In the paddock everybody is looking forward to taking part in this first challenge between the 12 fastest KZ drivers of the first qualifying session.