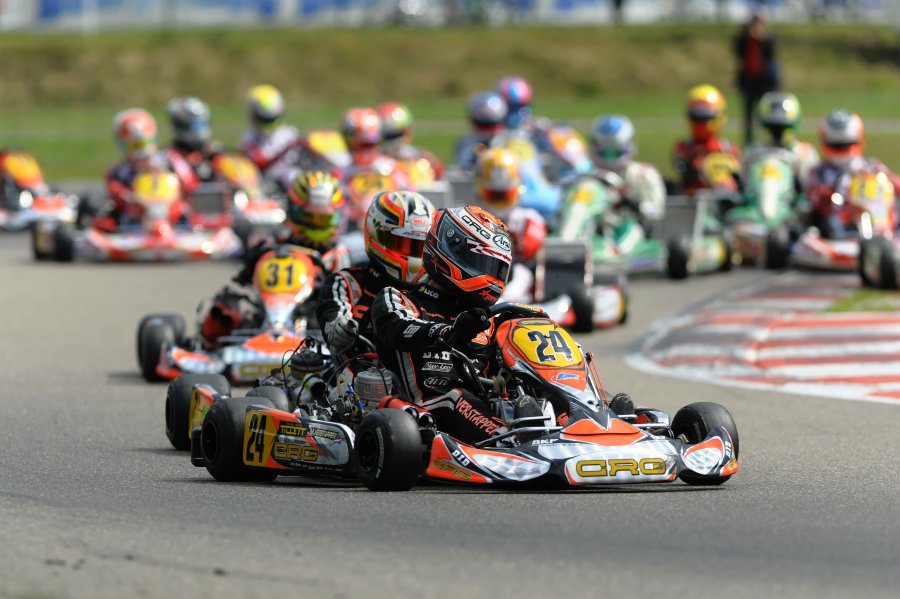 Final act of the 2013 KZ season with the World Championship in Varennes
The top event of the 2013 KZ season is approaching fast. The KZ category will be the first one to assign a world CIK-FIA title this year. The appointment is for next week, from 18th to 22nd September on the Jean Brun circuit in Varennes sur Ailler, in the Auvergne region, central France, 25 kilometres from Vichy. It is a 1,500 metre long racetrack, from 8 to 10 metre wide. It is on this track that the CIK-FIA World KZ Championship and the International CIK-FIA KZ2 Super Cup will be assigned. The programme of the event will be completed by the third and last round of the CIK-FIA Karting Academy Trophy, reserved to drivers aged from 13 to 15 driving Parolin-FIM-Vega karts, and by the interesting Historic Super Cup, with the performance of karts which made the history of world karting.

Antonsen gives the chance to revenge in KZ2
The race for the European KZ2 Championship ended with a thrilling finale in Genk. Eventually, the winner was the Norwegian Emil Antonsen (DR-TM- Bridgestone), after a final sprint with the Swedish Joel Johansson (Energy-TM-Bridgestone). The Italian  Riccardo Negro (DR-TM-Bridgestone) will be their main rival in Varennes; he wants to redeem himself after the bad luck which dogged him in Genk and he is eager to battle for the title of a category where he has won a lot this year. Another driver to be followed is the Italian Nicola Marcon (Tony Kart-Vortex-Bridgestone), who finished fifth in the Championship ahead of another top driver, the Italian Marco Zanchetta (Maranello-TM-Bridgestone), who can do very well too.

Final sprint for the Academy Trophy
The Academy Trophy arrives at its final act and the battle between the Belgian Maxime Potty, leader of the rankings, and the Brazilian Pedro Piquet is still uncertain. The two drivers won both in the first two rounds, with the Spanish Miguel Melgar third after his victory in race 2 in Genk.

Live streaming from Varennes
From France, too, full coverage of the event thanks to the live streaming made by WSK Promotion and available on the official websites www.cikfia.tv and www.cikfiachampionship.com: on Sunday 22nd September it will cover from the drivers’ presentation to the Finals. Also, on Rai Sport 2, on Tuesday 24th the delayed broadcast of the Finals and on Friday 27th the special report from the whole weekend in France.