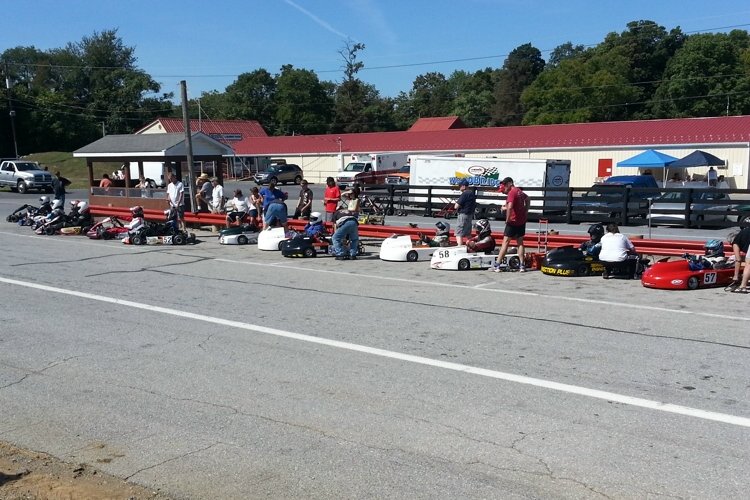 The Summit Point Nationals took place this past weekend at SummitPointMotorsportsPark in Summit Point, W.Va., where the seventh and final round of the 2013 WKA VEGA / TS Racing Road Racing Series driven by Mazda attracted over just shy of 300 entrants to the popular road racing facility.

After over four decades of hosting Woodbridge Kart Club and WKA enduro kart racing, Summit Point continues to provide road race karters with a convenient location in the Mid-Atlantic region in the panhandle of West Virginia. A number of New England and southeastern-based teams made the trip to Summit again this year. Of course, a large contingent of teams from the Mid-Atlantic region and Midwest filled the pit area in the final national road race until Daytona KartWeek this December.

The improvements to the SummitPointMotorsportsPark facility are also worth mentioning. Track officials have made a number of upgrades in recent years, and if you haven’t attending an event at Summit lately, the first thing you’ll notice is a large, top-quality sports-car shop just inside the main gate.

Plans to add on to the Jefferson Circuit are said to be underway, and the Shenandoah Circuit continues to offer a tight, technical road course for karts, motorcycles and more. OG Racing continues to operate their parts store in the Summit Point Circuit paddock, and a fairly new sprint karting track also hosts concession and rental karts on a regular basis.

On the track this past weekend, a number of Woodbridge Kart Club and WKA veterans raced to a great deal of success. 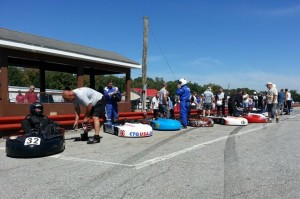 One of the big stories was “Wild” Bill Holder racing his sharp CKI chassis to the Yamaha Sportsman Medium and Yamaha Sportsman Heavy triumphs. For Holder the wins marked his second and third national feature wins in nearly two decades of racing.

Holder led most of the way and bested Zack Clark to win Saturday’s Sportsman Heavy contest. On Sunday, Holder raced hard with Clark, Jermie Bolt and David Goodwin for the win in Sportsman Medium. Wild Bill passed Clark and Bolt late in the race and held on for his second win of the weekend by a 0.216-second margin over Clark. Bolt was a half-second back in third. Evan Bolt and Goodwin finished fourth and fifth.

Thomason orchestrated a rare defeat of Zach Linsell in Animal Sprint 335, sponsored by Hoosier Racing Tire. Thomason crossed the stripe just 0.132 seconds in front of Linsell for the win. Austyn Flurer was eight seconds back in third, just ahead of Sam Sheckells. Blake Beattie rounded out the top five.

Sunday’s Animal Sprint 360 race was one of the most competitive of the weekend… for second place. A great field of 16 karts took the green, and Linsell smoked the field. The multi-time national champion, who has run and won races in Gold Cup for years, pulled out to a big lead early in the race and won by a 10.6-second margin over Georgia’s Beattie. Flurer was third, Thomason fourth and Tedder fifth. A group of about 10 karts battled it out all race for second place on back.

The Stock Honda divisions always provide some of the best, most impressive fields at WKC events. The Summit Point Nationals was no exception with 15 karts taking the green in Saturday’s Stock Honda 1.

Noah Stark, Byron “Bear” Rothenhoefer and Mark Nagy finished one, two, three in the races. The trio pulled away from the rest of the field and swapped the lead throughout the race. Rothenhoefer led much of the 30 minutes before Stark passed him on the final lap to score the win. David Harding and Bill Pyles were fourth and fifth, about 36 second back of the lead group.

Seventeen karts started Stock Honda’s weekend capper on Sunday. Texas’ Carson Miller, who did not complete a lap in Saturday’s race, battled hard with Rothenhoefer and Stark early in the race. A lap kart forced Stark off the track around the 10-minute mark, costing Stark valuable time and a shot at the win.

Miller and Rothenhoefer swapped the lead several times with Miller holding on for the win. Stark ended up seven seconds back of the lead duo in third, Harding was fourth and Pascual Torres fifth. 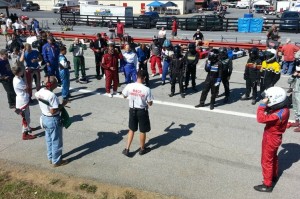 While unofficial, it looks like Carson Miller has won both Stock Honda national championships aboard his DR Kart chassis.

Keith Buffo went three for four in the TaG divisions. The Massachusetts racer kicked off the weekend by winning TaG Final 1 by a 1.1-second gap over Chris Hines. Michael Hines was third, Don Hawvermale Jr. fourth and Colton Aikens fifth.

Buffo, who travels to the races with the Hines father, son team, clinched his first national championships with the wins. Buffo swept the TaG and TaG Heavy divisions in the 2013 national point standings.

On Sunday Gaynor, Robert Wimmer and Heberle pulled away from the rest of the field and battled it out for the Stock Leopard victory. Gaynor earned the win by only 0.131 seconds over Wimmer. Heberle was just 0.318 back of the winner, in third. Javan took fourth and Guilbeault fifth.

Myers crossed the stripe first in Sunday’s WKA Sprint 2 but was DQ’ed in post-race tech. The Myers DQ gave the win to Somers, who edged out Sorrentino. Ted Carbonaro took third, Trumbley fourth and Leins fifth.

Michigan’s Jim Farr Jr. earned the B Stock victory by a 1.5-second margin over Duane Eberhart. Ben Eberhart, who set the race’s fast lap at a 1:20.711 but dropped out after 14 minutes. 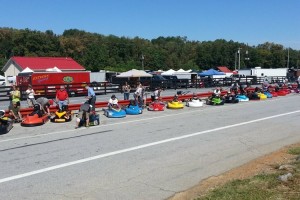 Another great field of Briggs Animals at Summit Point this year (Photo: NCRM)

Andy Kiker, who has raced at Summit and other road race tracks for decades, drove his 250cc-powered super kart to a quick lap of 1:12.261 in Saturday’s Unlimited go. The lap is believed to be a new track record for a go-kart at the 2.0 course. Kiker won the Unlimited race by two laps over Lawrence.

Don Santini bested Steven Rougeou for the win in CIK 125 Shifter Final 1. Don Guilbeault used the WKA 125 Shifter race on Saturday to gain experience for Sunday’s Stock Honda race. He was the only entrant in WKA 125 Shifter 1.

On Sunday, Noah Stark bested Mark Nagy and Steven Rougeou in a terrific CIK Shifter race. The margin between first and third was a mere 0.168 seconds.